IDEOLOGY. In this article, the leader of the Nordic Resistance Movement responds to those who would slander National Socialism, explaining why the ideology is the obvious and natural path to follow for the Nordic people – philosophically as well as politically. 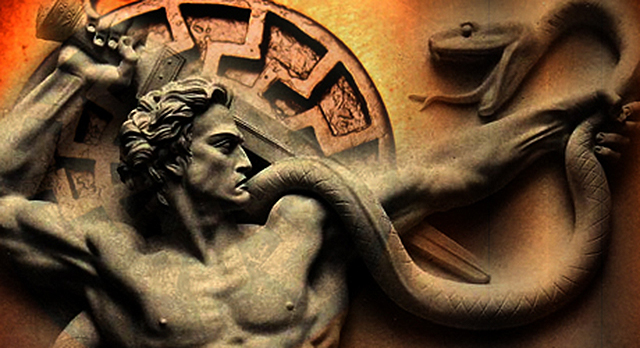 Whilst National Socialism is a relatively new ideology, it’s actually built on age-old wisdom. It’s a worldview founded in the natural order by which our people has lived for thousands of years, long before ideologies such as nationalism and socialism were conceived, and long before the Christianization of Northern Europe. This doesn’t mean we want things to be the way they were during the Stone Age, because apart from representing the natural order, National Socialism is also progressive and revolutionary. We progress through the creative genius endowed upon our people by nature. We would of course love to see the rest of the world and its peoples advance at the same pace we do, but if for some reason they can’t, then they mustn’t stand in the way of our advancement. We care for our own people first and foremost. Our people must survive and live free and independent of other nations and peoples.

As National Socialists, we consider it a crime to break the laws instituted by nature. By opposing these laws, you oppose National Socialism by extension. Nature would not have created two interdependent sexes had it wanted them to rival each other, or avoid contact with one another altogether. Cultural Marxism, feminism and homosexuality are all at odds with the laws of nature. Moreover, nature would not have produced different races with radically different appearance and characteristics, had it wanted them all to mix and become one single race. Miscegenation and multiculturalism are therefore also at odds with nature. Man is dependent on social interaction to be able to develop anything beyond what he himself is capable of. Human beings have therefore always joined together as groups in order to protect one another and benefit from each others’ differences. An outlook that is overly egocentric is therefore also opposed to the laws of nature. Materialism and capitalism are both polar opposites of National Socialism.

If our ancestors had been individualists who constantly betrayed and fought each other, mankind would not have survived. Of course there have been various groups that have behaved in this way against each other, but over the years, groups that were biologically similar often joined forces and became tribes; tribes became societies; and societies became nations. In today’s globalized world, our distinct group has grown to become a race that extends across national borders – we have become a biological unit. Part of the aim of National Socialism is to unite our race and make each of its individuals work together as one.

Within the laws of nature, we can find guidance that makes religion as well as philosophical frameworks redundant. For example, killing other people purely for killing’s sake is clearly wrong, as humans are creatures of nature. However, killing in order to ensure one’s own survival is a completely different story. Ruthless exploitation of nature is obviously wrong, whereas using natural resources for the advancement of one’s people isn’t. Our natural moral compass can often help us make the correct decisions, and in complex matters, National Socialism can help us settle these moral dilemmas.

The laws of nature live inside each one of us, in the form of instincts, common sense and logical thinking. The concepts of not stealing from each other and not killing our neighbor are hardly social constructs or something we derive from religion, but are simply natural concepts that intelligent, sophisticated people are either born with, or learn from experience. To live in harmony with one’s own people is entirely natural. Christianity is often held up by its followers as a defender of sound morality. This is true to some extent, but it was hardly Christianity that invented this morality. I would strongly challenge the assertion that Christians have been more effective defenders of sound morals than our ancestors would have been, had they refused to convert to Christianity.

National Socialism, having its roots in the eternal laws of nature, therefore has an inherent, crystal clear concept of right and wrong. It also has a higher purpose – the survival and unification of the world’s preeminent race, enabling us to live and evolve in harmony with nature, for the benefit of the entire world and all mankind. From this point of view, our very lives have a higher meaning, namely that we should be a link between the past and the future, obtaining eternal life through the preservation of the purity of our blood.

The fact that I refer to my people as being the world’s preeminent race doesn’t mean that I “rank” human races based on specific qualities, nor that I look down on other races. This is purely my subjective understanding of things. It’s an undeniable fact that without our race, the incredibly advanced civilization that it built would simply never have appeared. Conversely, it may be the case that e.g. Africans with their natural preferences don’t consider our kind of civilization to be in any way superior.

As a National Socialist, one is perfectly free to follow a religion as long as one doesn’t compromise on these fundamental values. You are free to believe that e.g. God or Oden is the force that’s behind the natural order, and you could also make the claim that the scientific concept of eternal life through a continuous bloodline – which I discussed above – has religious implications. 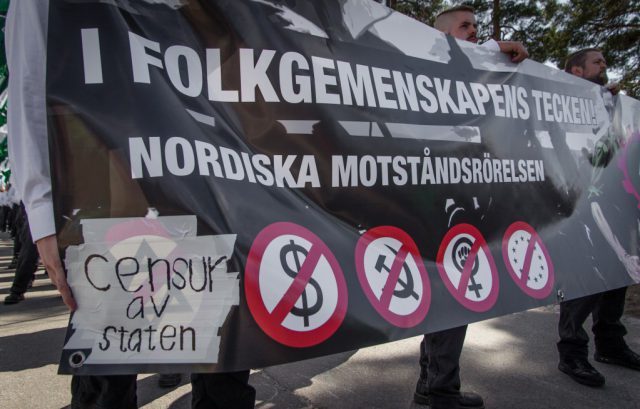 Having addressed the philosophical aspects of National Socialism, I will now elaborate on its implications as a political ideology, and how it differs from – and is superior to – nationalism as well as socialism. National Socialism, owing to its foundation in nature and its laws, is uncompromising when it comes to making one’s own people (as defined from a biological and racial perspective) the focal point of all policy. Nationalism is a much vaguer term, in which the concept of the nation doesn’t even necessarily involve race. The foundations of the ideology are not defined by the laws of nature, but instead by national borders, language and the dominant culture. Proponents of nationalism might even say that people from different ethnic groups who live in the same country have more in common due to their shared language, than members of the same ethnic group living in different countries. With this outlook, an African who speaks Swedish has more in common with an ethnic Swede, than the Swede would have in common with an ethnic Norwegian.

Nationalism is generally conservative at its core. Conservative policy is often divisive, pitting societal groups against one another. The idea behind conservatism is that the upper class need defending from the working class, the elderly need defending from the youth, and men need defending from women. Socialism is actually seeking to do the exact same thing, but because it’s radical as opposed to conservative, it always sides with the “weaker” party. National Socialism is unique in that it strives to unite the whole of the people, always working in the best interest of the people at the expense of the cosmopolitan elite, with its media moguls, lobbyists and bankers.

National Socialism doesn’t have the egalitarian element that is inherent in socialism, but instead recognizes that people are different, while considering every segment of the people valuable for the common goal. Someone who is an intellectual but is physically weak is not superior or inferior to someone with the opposite traits. The same is true in the relationship between men and women. Rather than being superior and inferior, they complement each other, each deriving their worth from the other.

National Socialism is based around meritocracy and accountability, always seeking to give the right responsibilities to the right person. Your lifestyle, your qualities and the loyalty you’ve demonstrated render you the place that you deserve, in accordance with the natural order. Nationalism simply assumes that you’re born with the same attributes as your parents, whereas socialism seeks to grant everyone the same level of influence and authority. In nature, a wolf pack would neither accept the son of the alpha male as their leader without first putting him to the test, nor would they give every member of the pack the same level of influence.

Finally, the timeless values of National Socialism always guard against corruption as well as liberalization. Representatives of various religions and ideologies, including nationalism, tend to transform the very foundation of their “creed” to keep up with changes happening in society or in the sphere of politics. The foundation of what they believe appears to always be open for discussion, and the representatives would rather compromise in order to gain power than become irrelevant.

The minutiae of how National Socialism should be applied have not been set in stone, but because its foundations are in the natural order as well as in the desire to secure the survival and freedom of one’s people, there is far less room for compromise than perhaps in any other ideology. National Socialism as a worldview is therefore fundamentally unchangeable.