ACTIVISM. On Saturday 20 April Nest 7 were in the sunny town of Mönsterås for a well-received public leafleting session. 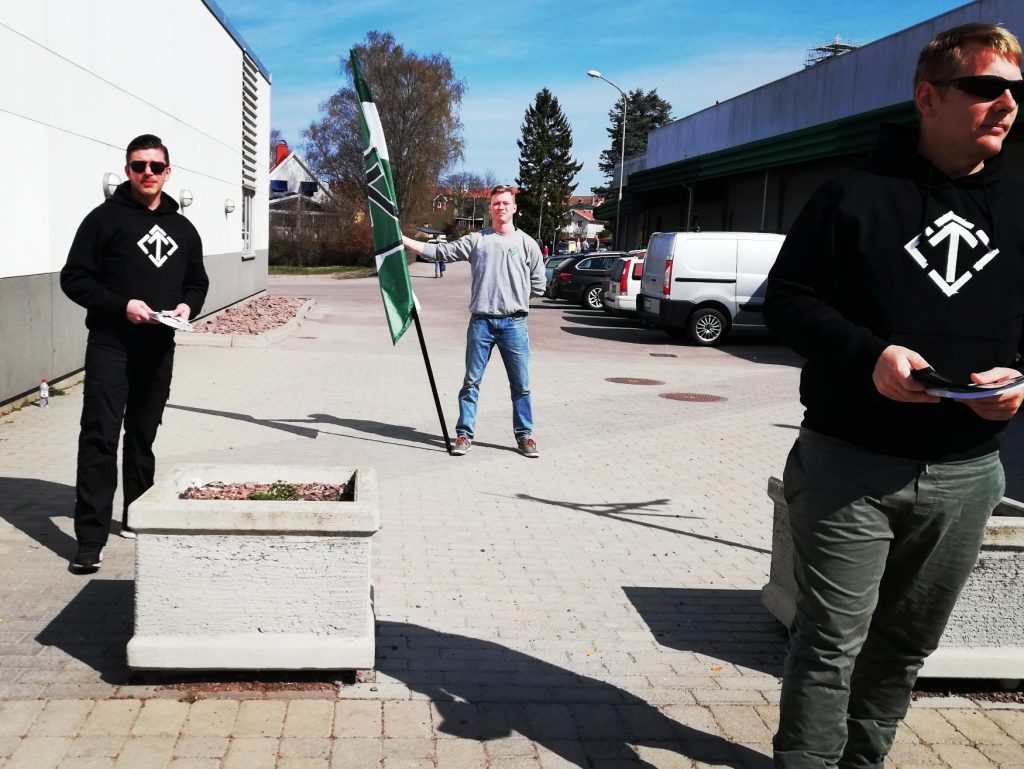 The activity went well, local passersby appreciated the activity and happily accepted leaflets. The activists positioned themselves by the Coop grocery store and the Systembolaget liquor store, where many people were busy restocking their supplies.

Staff of both shops came out of hiding to try to intimidate the Resistance members to leave the site, but immediately realized their efforts were in vain. One booze-pusher spat towards the Resistance men and then to avoid confrontation ran inside the safety of the Systembolaget building. When he again came out of hiding, the cowardly individual took a very large detour to avoid encountering the activists and answering for his actions.

Curiously, no cops showed up, and there were no further attempts to drive the comrades out of the area.

People stopped for a lot of discussions, with the activists receiving words of encouragement to continue the struggle, which was much appreciated. Overall it was a very successful activity.

After a few hours the activists decided to call it a day and spent a while socializing with each other after the activity. Content and a little sunburnt, the group headed home. 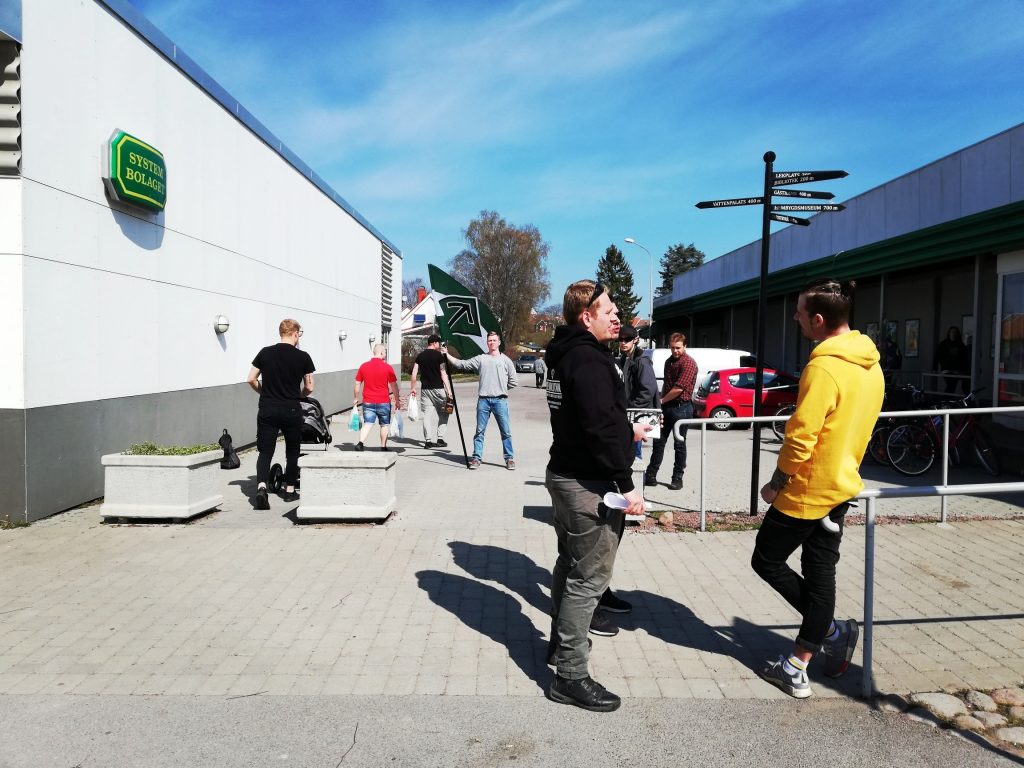 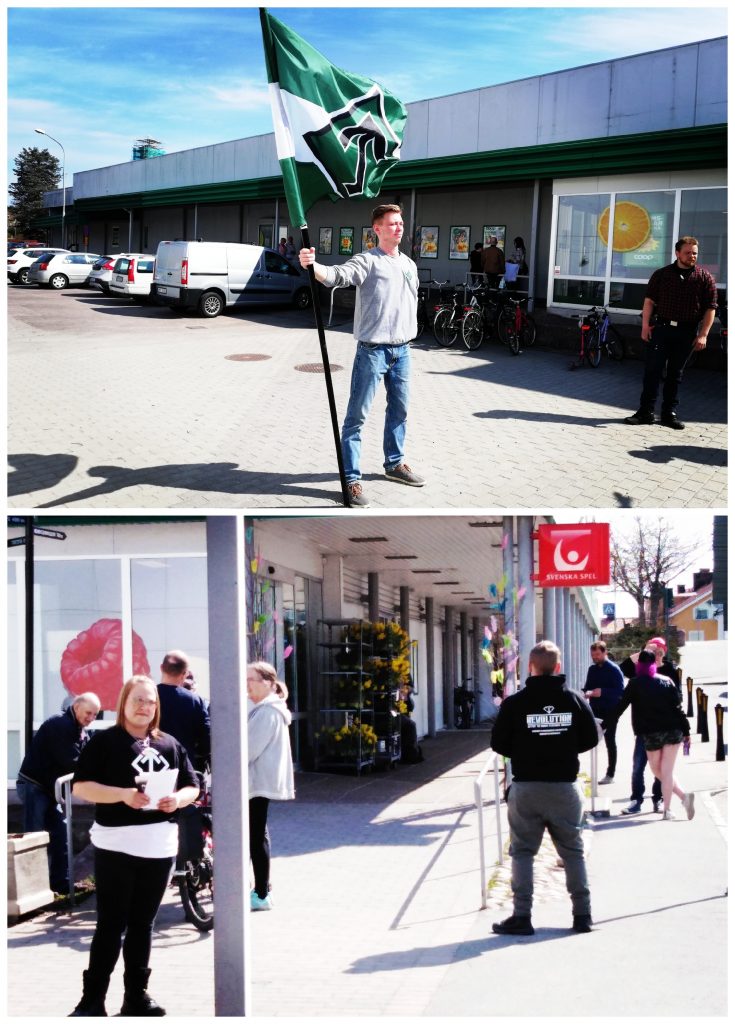