ACTIVISM. The Nordic Resistance Movement took to the streets following a disgusting attack on a 10-year-old girl by an African. 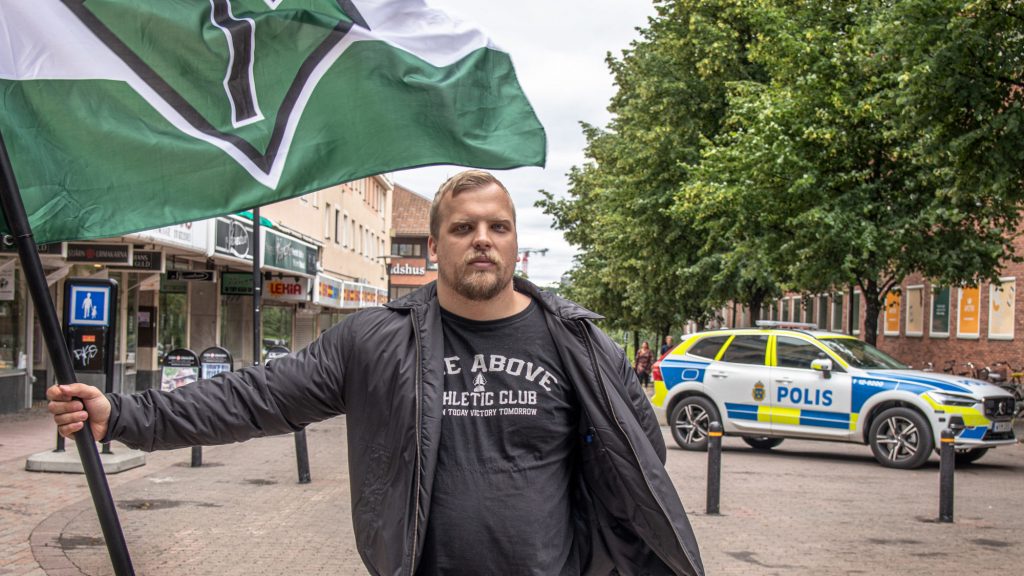 The activity was organised in response to the appalling and brutal rape and attempted murder of a 10-year-old girl in the town by an African. The girl is still under sedation in an intensive care ward as a result of the attack. It was a deeply tragic incident that elicited many emotions in the community, as well as serving as another reminder of the depraved and destructive consequences brought here by the dark waves of mass immigration.

The comrades gathered in central Skellefteå with flag bearers and gave out specially produced leaflets about the incident. To attract the attention of passers-by, they also played nationalist music from loudspeakers, with the Resistance Movement’s own troubadour Henrik Pihlström being the most prominently featured artist.

Nest 6 Chief Daniel Byström gave an impassioned speech in front of a crowd of locals in the area. Initially, the speech was about how Daniel himself – like many others in the community – was furious about the senseless attack. But he went on to say that instead of being angry and focussing on lone disturbed individuals, we should direct our hatred towards those who rightfully deserve it: the ruling politicians. It is the politicians’ decisions that enabled this and innumerable other attacks on our people.

With a strong voice, he proclaimed that these politicians are nothing more than traitors and criminals who have mismanaged Skellefteå Municipality to such a degree that women and children no longer dare walk the streets. He also made the point that it is rarely the politicians’ own children who are sacrificed on the altar of multiculturalism, but that these politicians appear to have no problem forcing the voting cattle into multicultural purgatory.

The last part of the speech was directed at those who by now should be tired of swallowing their anger and not having the courage to act, but who are instead afraid of what people might think and what consequences there may be for joining our ranks. However, as Daniel pointed out, that is not real fear. Real fear is being a ten-year-old girl who is being assaulted by an African, who, with bestial violence, is about to take her life, while violating her in unimaginable ways.

Daniel ended the speech by asking the audience if their absurd fears amounted to anything when compared to the fear the girl experienced. If the answer was no, then the only fitting response is to join the revolutionary struggle to secure a continued existence for our women, children and our entire people. 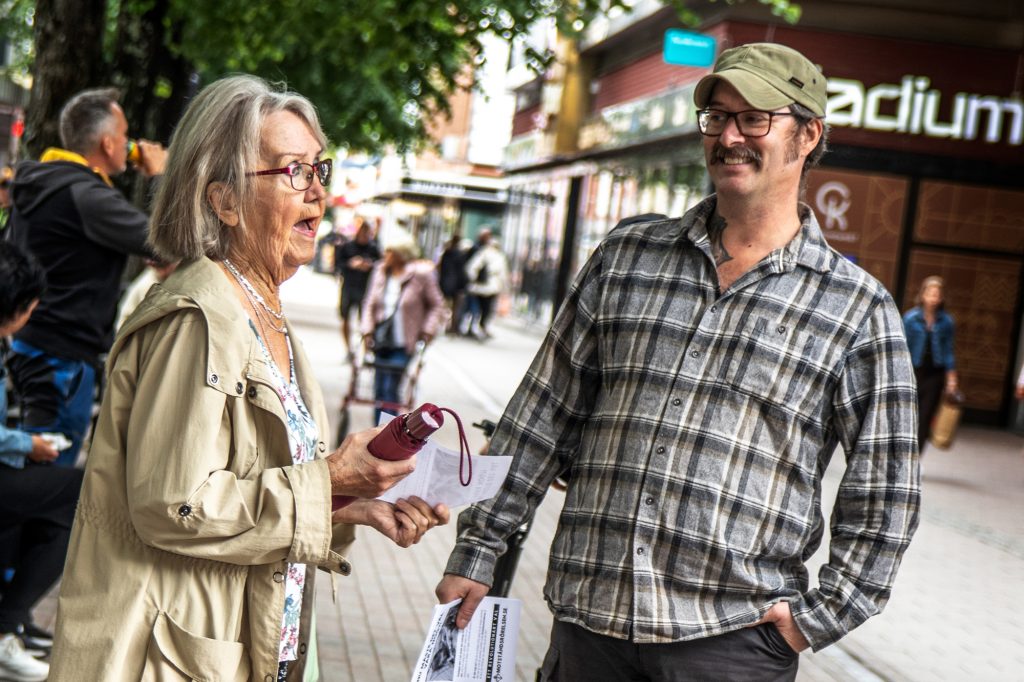 The activity was very successful, and all the leaflets that had been printed for the occasion were quickly accepted by passers-by. Many stopped and spoke with the activists, and the response was overwhelmingly positive. There were a few exceptions, such as a couple who approached very aggressively, but quickly calmed down after talking with the activists. The police also made an appearance, but their presence was limited to explaining to a poor confused individual that even critics of immigration have free speech in this country, at least for now. 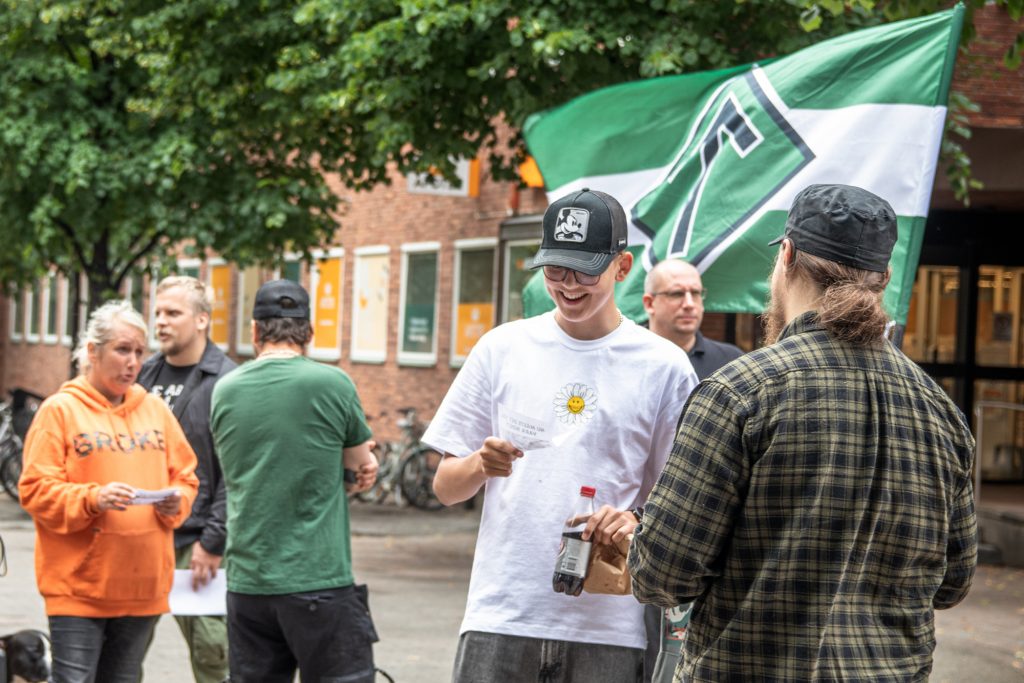 Daniel gave his speech a second time to a new audience, and it was just as effective as the first. When the activity was over, everyone felt very satisfied with the successful action and said their farewells until next time.