Home Ideology What is National Socialism?

IDEOLOGY. The Nordic Resistance Movement is totally committed to the National Socialist worldview. 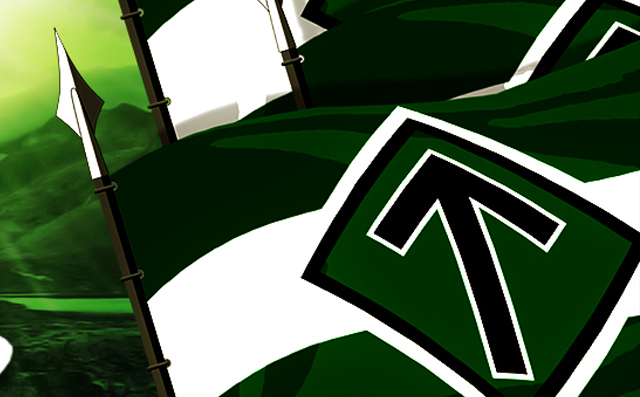 National Socialism is a natural worldview that recognises that man is also an animal and part of nature, and must therefore follow – and live in harmony with – its laws. As a more advanced animal, man has an added responsibility not to cause other creatures unnecessary suffering, as well as to uphold the balance of nature. In fact, National Socialism is the only true green ideology, as, unlike other environmentally concerned worldviews, it recognises the importance of protecting biological diversity – including that of human beings. Put simply, we believe that every race has the right to shape its own fate, free from hegemonic interference, as long as it does not infringe on the well-being of humanity or the planet at large.

National Socialism’s foremost concept is that of the national community; that is, a community comprised of all sections of our people that builds on our genetic and historical similarities and engenders consideration and compassion for one’s neighbour. The national community is an acknowledgement of people’s inherent differences and a respect for how they complement one another. It recognises that intellectual workers and manual labourers are just as mutually dependent on one another as men and women.

National Socialism seeks the betterment of our people not just by reshaping the individual but also by transforming society at large. Everyone who forms part of the nation will pull together in one and the same direction – forwards!