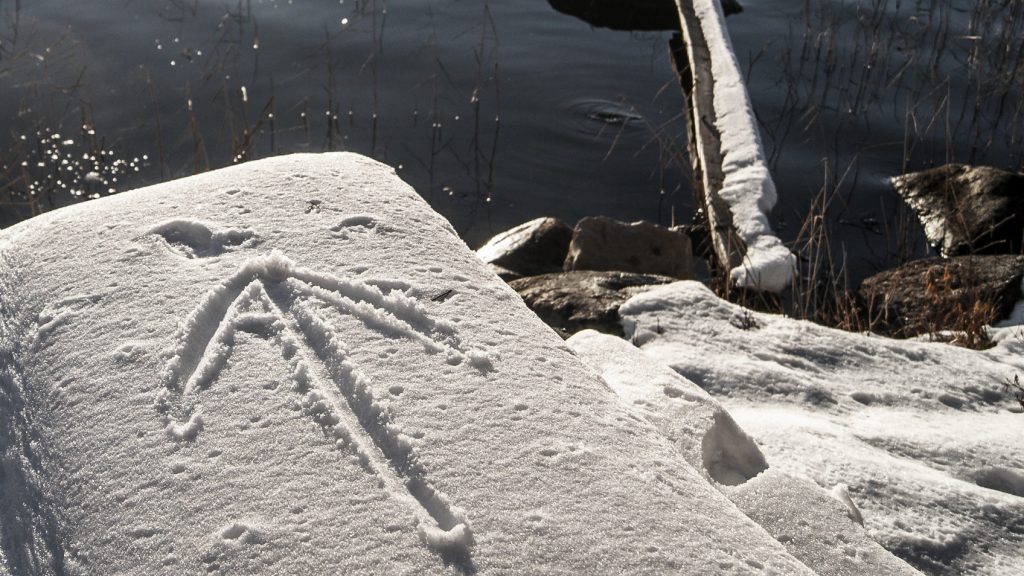 Members, family members and sympathisers met in Boden for a group hike in the beautiful countryside of Norrbotten on the morning of Saturday, 24 October.

The objective for the day was to hike through Storhuvudet nature reserve and climb one of its mountain peaks. The site was chosen because it’s one of Norrbotten’s most biodiverse areas and has long been spared destruction by the forestry industry. Consequently, many of the trees are hundreds of years old and live and die as a part of the natural circle of life, making Storhuvudet one of a few diminishing places where you can experience an authentic and flourishing Nordic landscape. The nature reserve also lacks paths and buildings, which enhances the experience of disconnection from so-called modern civilisation.

The journey towards Storhuvudet began with a car ride from the city. As we started nearing the destination, the forest roads became almost impassable, being narrow and covered in several inches of snow. We therefore decided to park the cars and traverse the last part on foot. 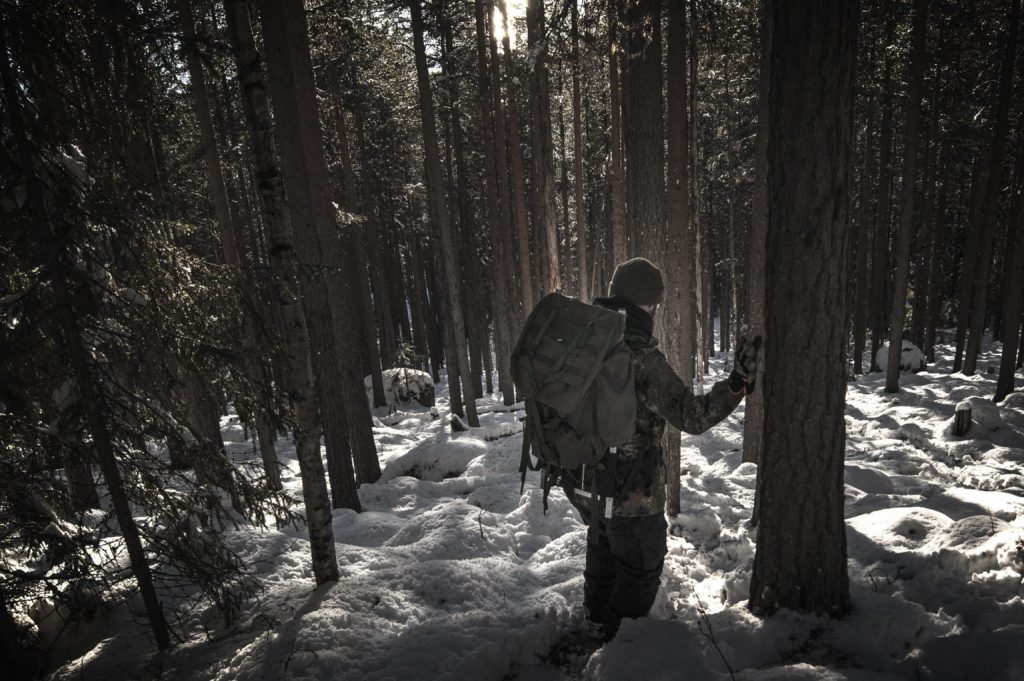 The plan was to follow the road as far up as possible, but after hiking for a while, one of the mountains came into view on our right-hand side, so we decided to deviate into the wild terrain and climb the mountain. It took a bit of discussion to convince all the participants that this was the best decision, as the mountainside was steep and didn’t look too inviting. But typical Norrbotten stubbornness eventually prevailed, and the whole company began to tramp quickly through the snow up the steep slope.

The rather strenuous ascent was an extra challenge for those who had a backpack full of wood or were carrying a small child on their shoulders. But finally the reward came when we reached the summit, with its beautiful views over a lake and the surrounding countryside. A fire was quickly lit, and everyone gathered round to grill food and engage in discussions. After finishing the meal, coffee was boiled over the open fire before it was time to start heading back down to the cars again. 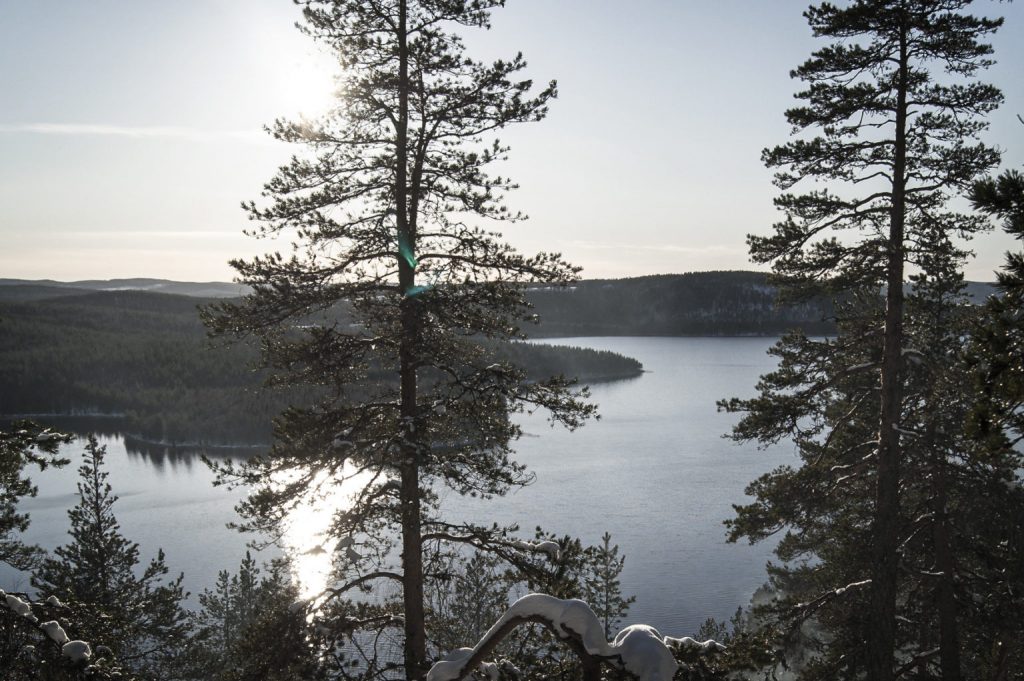 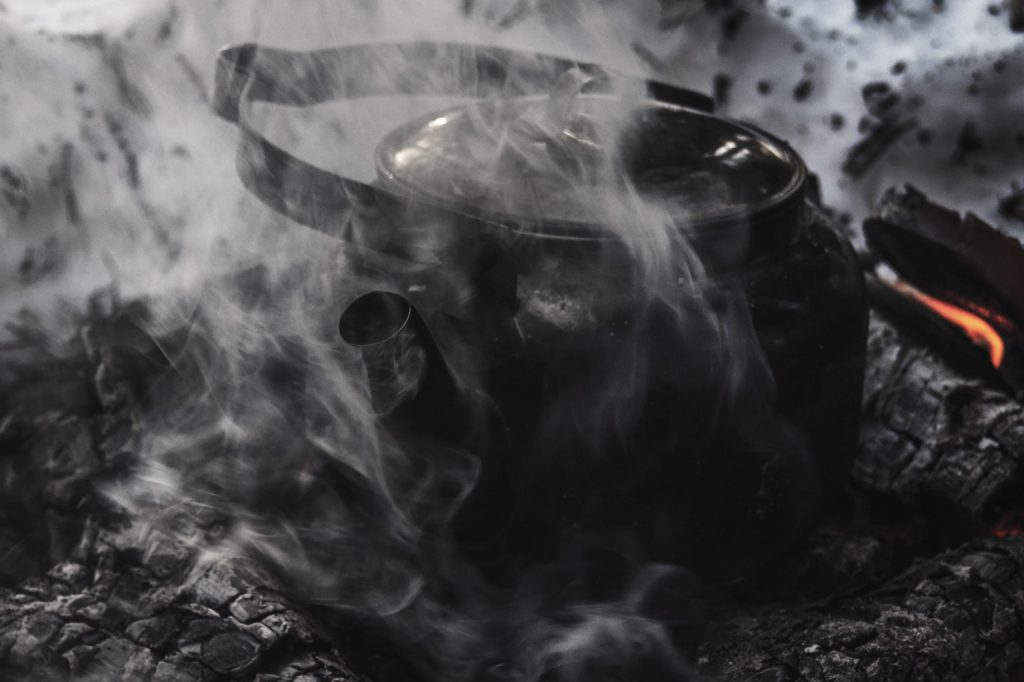 By the time we reached the cars, it was already afternoon. The satisfied group declared they would return to the nature reserve in the summertime.