NATURE. Members and activists from Nest 2 hold an educational activity in the wilderness of West Sweden. 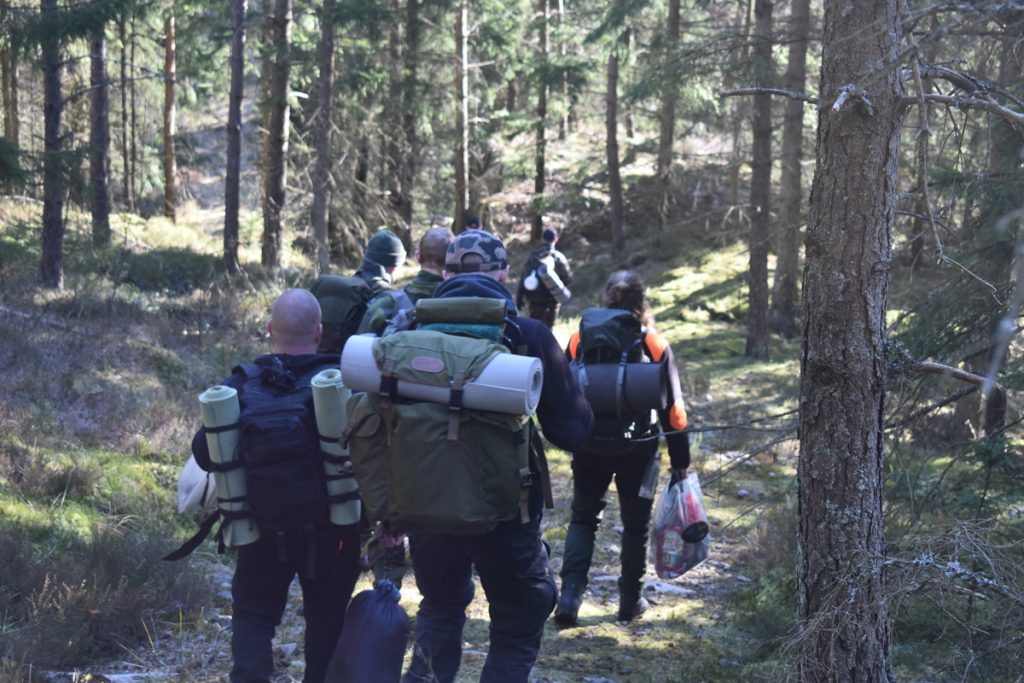 On the weekend on 18–19th April, Nest 2 held a wilderness activity just outside Uddevalla, West Sweden. The activity served to strengthen both the nest’s community and comradeship.

The day began with a trek through the forest, with everyone marching at a set pace to their destination. As an added bonus, all of the comrades were able to enjoy warm and sunny weather during the journey. Hiking in the beautiful woodland terrain, with upstanding comrades and a fantastic climate, created a harmonious feeling of freedom that made it easy to appreciate Mother Nature’s beauty.

Upon arriving at the final gathering point, the group were welcomed by a beautiful lake that glistened under the spring sunshine. Once everyone was present, they unloaded all of their marching kit and awaited further instructions from the wilderness activity leader. 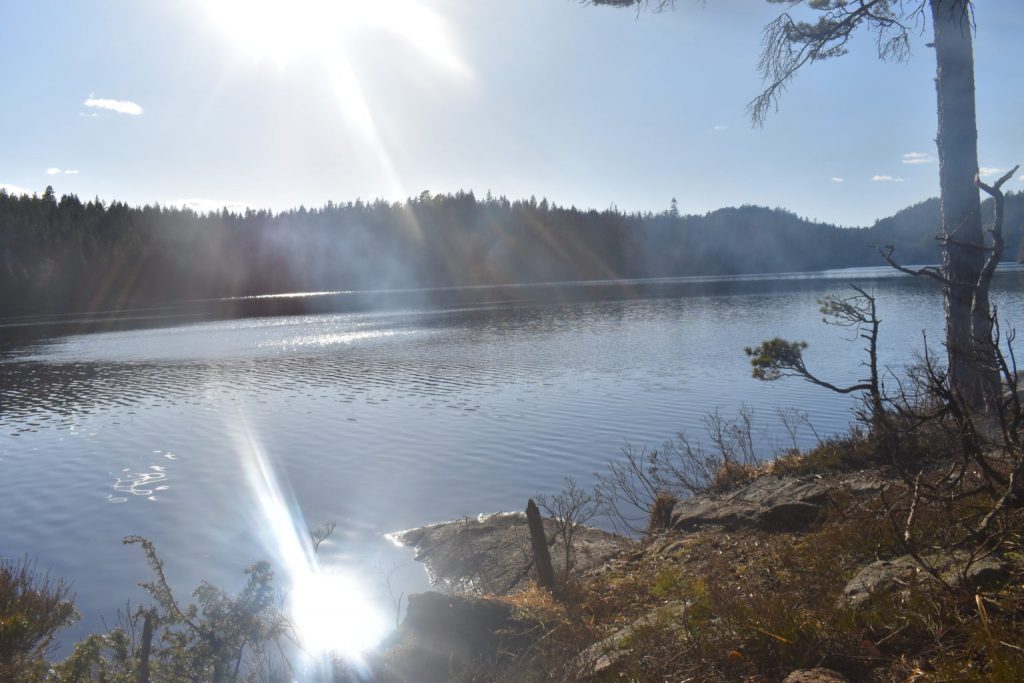 Immediately after the comrades had familiarised themselves with the location, they were tasked with using nature’s resources to construct bivouacs. The group was divided into two teams, with one person in each team assigned the role of ensuring all the work was delegated and conducted according to plan. The division into teams resulted in a competition to determine which team could construct the most robust, practical and attractive bivouac. 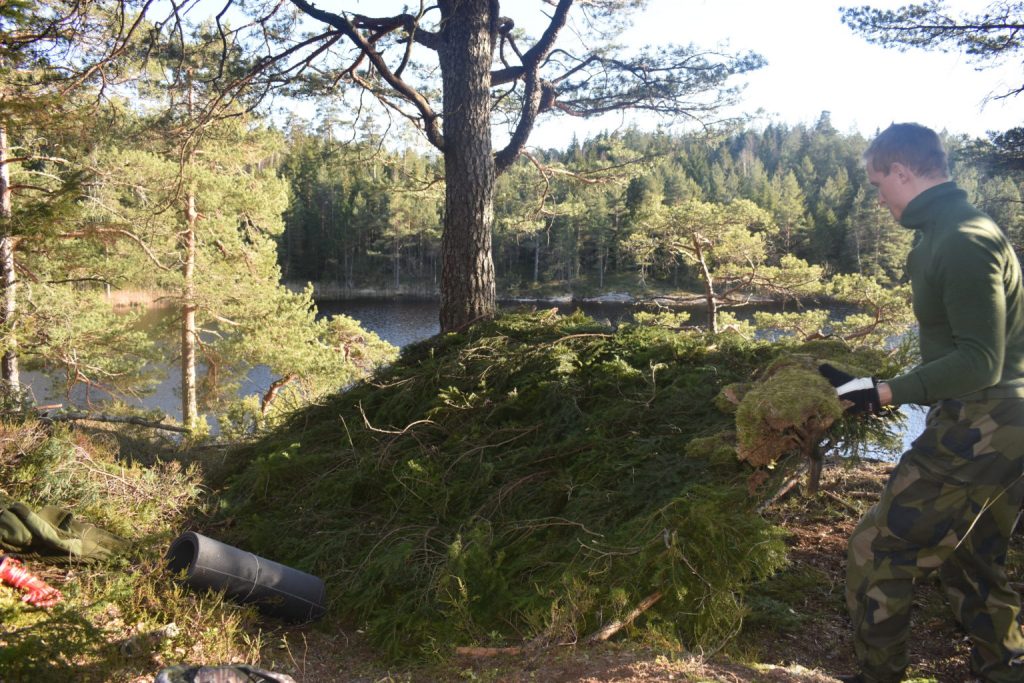 Both groups worked feverishly in an attempt to construct the best bivouac. The atmosphere of competition together with the close-knit spirit of comradeship resulted in both groups successfully constructing “approved” bivouacs according to the activity leader. 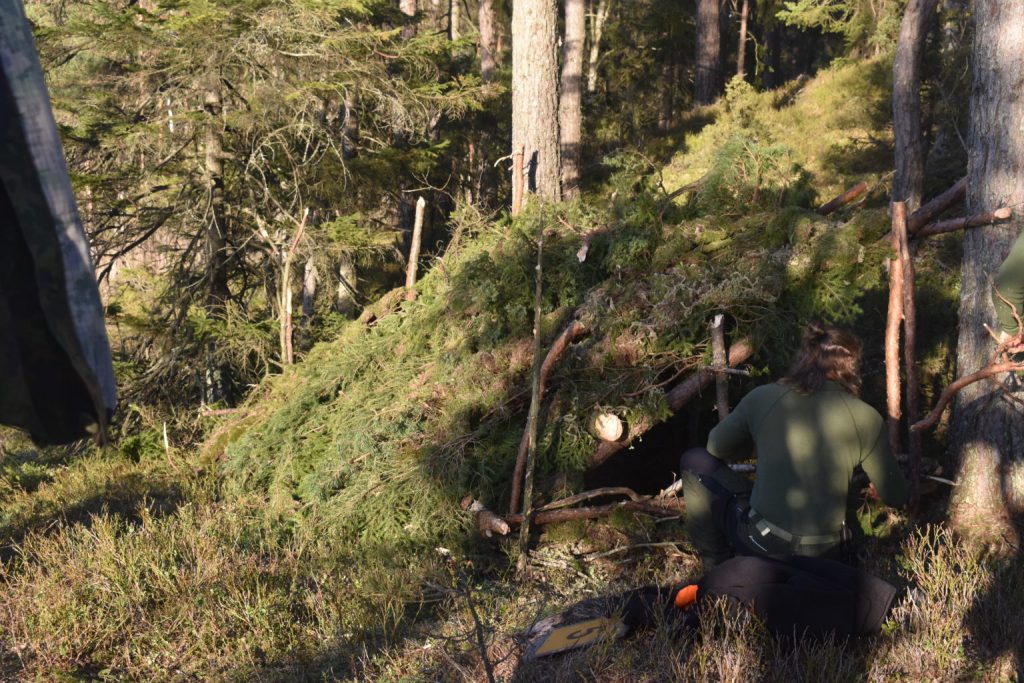 After much sweat and toil, it was time to prepare food and socialise. To reward the comrades’ sterling work, a log fire was built to provide warmth and a place to cook. 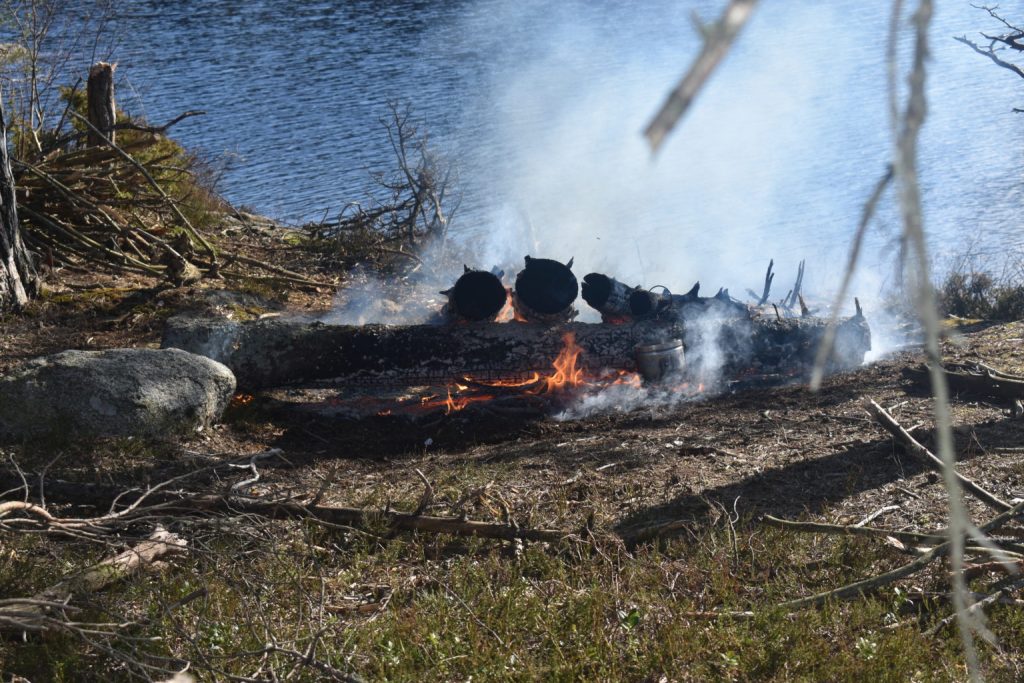 As the camp was situated next to a crystal-clear lake, it made for an excellent opportunity to take a refreshing dip in the waters. Thus after preparing the food and chatting, some of the comrades decided to take their first lake bath of the year. 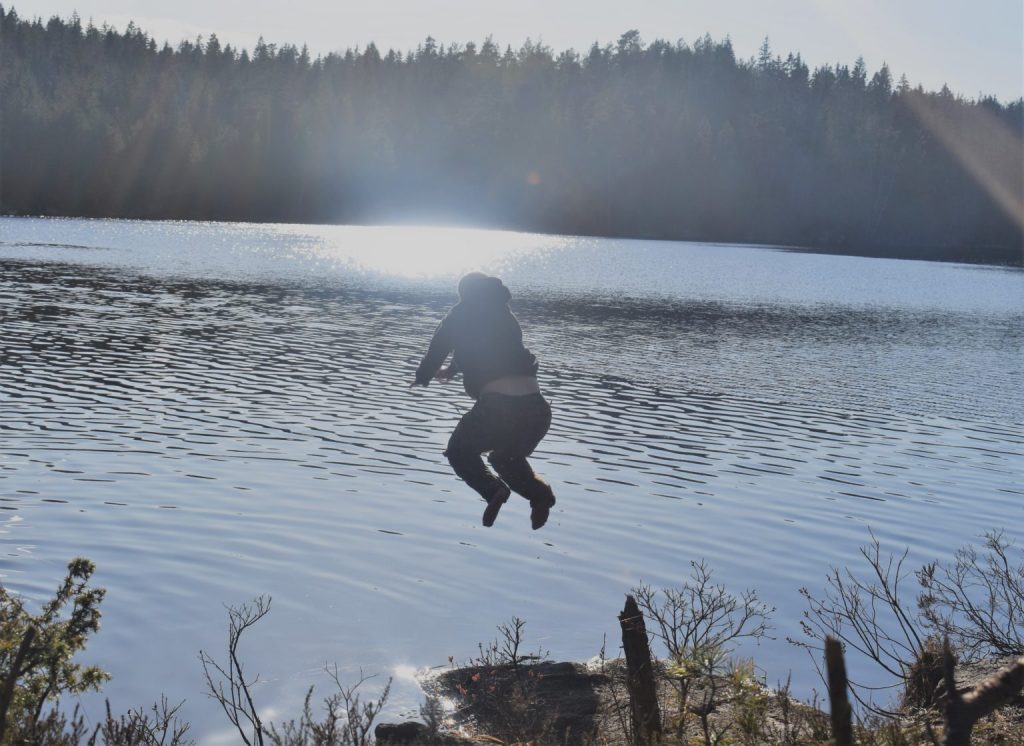 Later on, the group gathered around the large log fire to welcome the nightfall. Everyone sat around the crackling fire, exhausted from all the hard work, and exchanged stories about their time in the Nordic Resistance Movement. They also spoke about the importance of spending time in the wilderness and being able to survive in the woods when hard times befall us.

In today’s society, regular people have become extremely disconnected from the natural world, which results in their neither respecting nature nor realising its essential role in our lives and the natural cycle. But a National Socialist understands the necessity of living in harmony with nature and the need of grounding oneself in it and learning from it. Being connected to nature and respecting the natural order is of vital importance. National Socialism is a guarantee for a flourishing world.

The next day everyone got up early to enjoy a hearty breakfast that would keep them going until the end of the activity. As a final task, the comrades were charged with dismantling the bivouacs and restoring the campsite to its original state. After packing up, the Resistance men marched back to their original meeting place and thanked one another for their participation in the activity.