ACTIVISM. The system sent two police cars and a helicopter to monitor a recent banner activity in Nest 2. 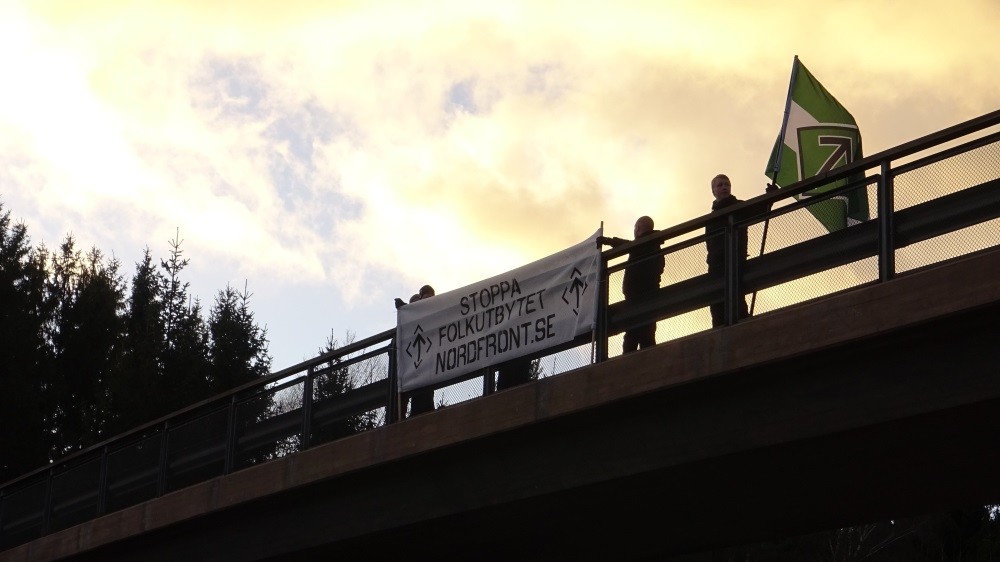 On Friday 8 March, Activist Group 203 were at the E6 motorway near the town of Stenungsund, in south-west Sweden, to display a “Stop the Racial Replacement” banner to passing motorists. Upon arriving, the activists stationed themselves atop a bridge, where they unfurled the banner and stood holding a Tyr Rune flag and smoke grenades.

When the activity was over and the comrades were packing up, two police cars appeared on the scene, accompanied by a police helicopter. The helicopter then followed one of the activists’ cars for over 10 miles before giving up and turning around.

Before the police’s arrival there were many thumbs-up from passing drivers who appreciated the Resistance Movement’s message. 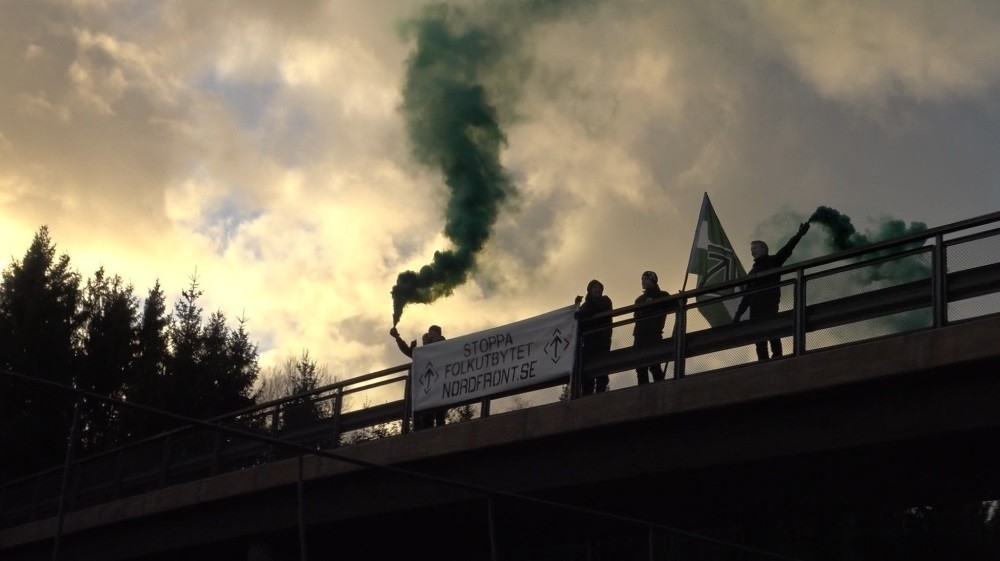 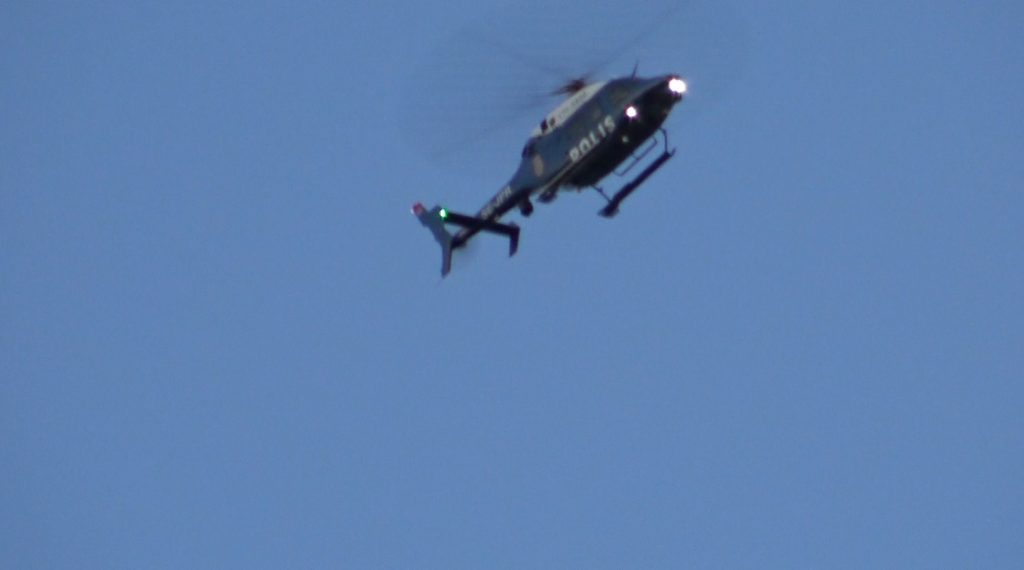 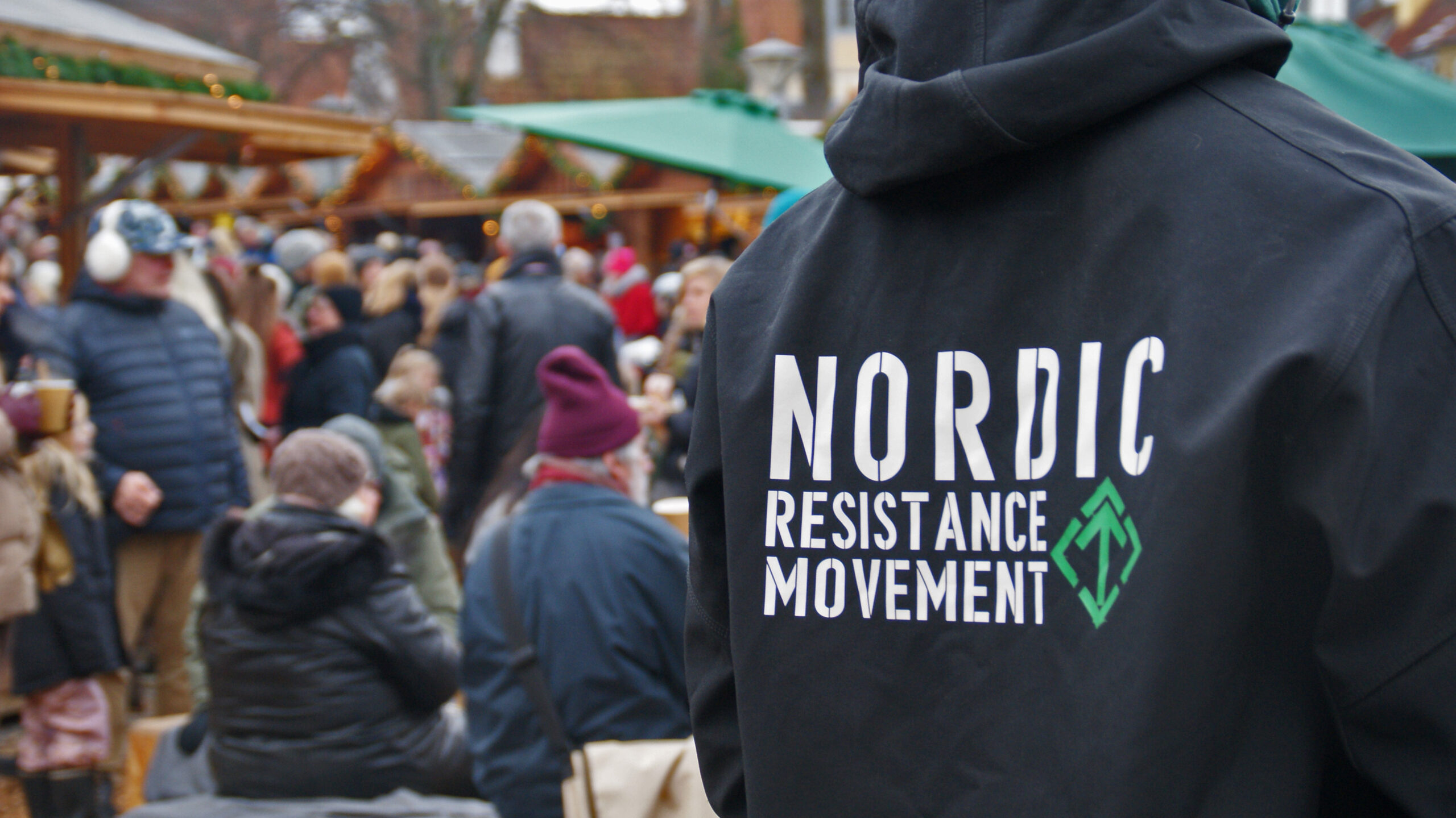