Home Ideology Do women belong in the struggle?

IDEOLOGY. Sweden’s first female party leader was Vera Oredsson, living proof that women are needed in the struggle and can contribute to the nationalist movement… 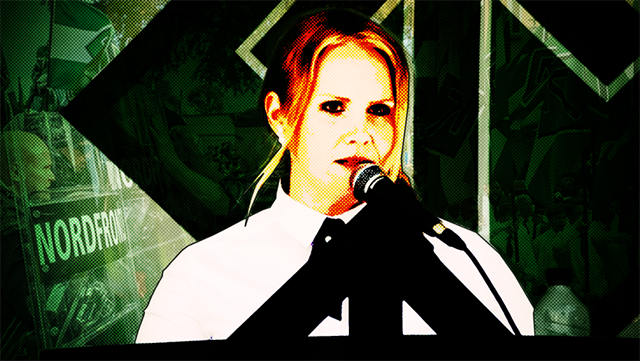 There are some inspirational figures that I particularly look up to. One of them is Vera Oredsson. I consider Vera to be a shining example of women being able to do so much more than “just” give birth to children and take care of their husband and household. Ever since I first got in contact with the Resistance Movement, it has been a given for me to contribute what I can. Many small streams make a great river, as we say in the Nordics, and that applies to the struggle as well.

It always strikes me as somewhat comical whenever I and other women in the movement are occasionally labelled as feminists. Even though such accusations aren’t too frequent, it’s still disturbing to say the least. I would be so bold as to claim that I am as far from the feminist ideal as you can get, because ninety-nine percent of my time is spent taking care of my and my husband’s eight children, minding the home, cooking, cleaning and generally trying to keep everything running smoothly. Even so, I still know I have other responsibilities, and I won’t avoid doing my bit. Having children and looking after the home and family is more than enough work (trust me), but the way things are today I cannot just sit by and watch.

I have to be active. For me it is extremely important to reach out to other women, because, with all due respect, I don’t believe men will succeed in that regard without our help. As women, it comes naturally to us to argue from an emotional perspective and explain matters from a more feminine (note: not feminist) point of view. Thus we can broaden our ideological reach and, in time, appeal to women in a way that men generally cannot.

Over the years I have promoted (often aggressively) the non-feminist mantra that women are needed and should cooperate with men to achieve what we want. I have also repeatedly underlined the importance of having children, and the fact that it is primarily the woman’s task to take care of them. Nevertheless, even I am sometimes called a feminist. 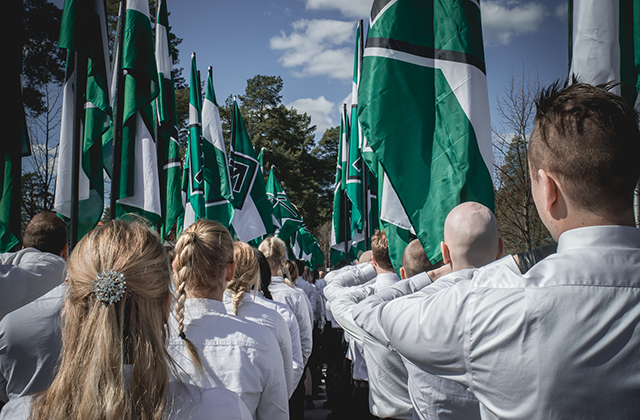 How can the national movement progress if it’s allowed to be an arena for this toxic gender war? We nationalist-minded women are not at war with men. We are at war with the enemies of our people, period. Whoever claims otherwise is not worthy of calling himself a man. Real men do not feel threatened by a woman writing articles or distributing leaflets. Real men (and women) value each of their racial comrades and feel gratitude for every individual’s self-sacrifice.

The truth is that it is not at all in our Germanic nature to view women with this kind of pessimism. I have said it before and will not hesitate to say it again: such views are characteristic of the Semitic religions, not ours. In Germanic societies, women have historically been respected and their abilities valued even outside the home, something the Roman historian Tacitus described as both surprising and unique for the Germanic peoples.

He wrote: “More than this, they believe that there resides in women an element of holiness and a gift of prophecy; and so they do not scorn to ask their advice, or lightly disregard their replies.”

A book to recommend on the subject is Den forna seden by Östen Kjellman. He too delves deeply into the Germanic peoples’ pre-Christian view of women, including recounting how women fought alongside men when attacked by foreign enemies.

I started this article by highlighting Vera Oredsson as a prime example of the fact that women most certainly do have something to contribute to the struggle. I had the honour of meeting Vera some time ago, and we spoke a bit about these matters. Among other things, I asked her what she thought about being active even though she was a woman. She looked at me and replied, “Woman? It doesn’t matter that I’m a woman. I am who I am and have contributed with what I could.”

The reply came so spontaneously, almost like a slap in the face. Afterwards I regretted that even I had placed such focus on Vera’s being a woman, as if that had been the most notable thing in her fascinating 86-year life. I understand exactly what she meant, and I feel the same. Our being women in this context is secondary. Our wanting to stand up for our people and constitute a resistance alongside the men is – and remains – the main thing. That is what means something. And it is that will that must be valued.