ACTIVISM. Activists recently visited the town of Ed, western Sweden, to urge local people to make a revolutionary choice by voting for the Nordic Resistance Movement. 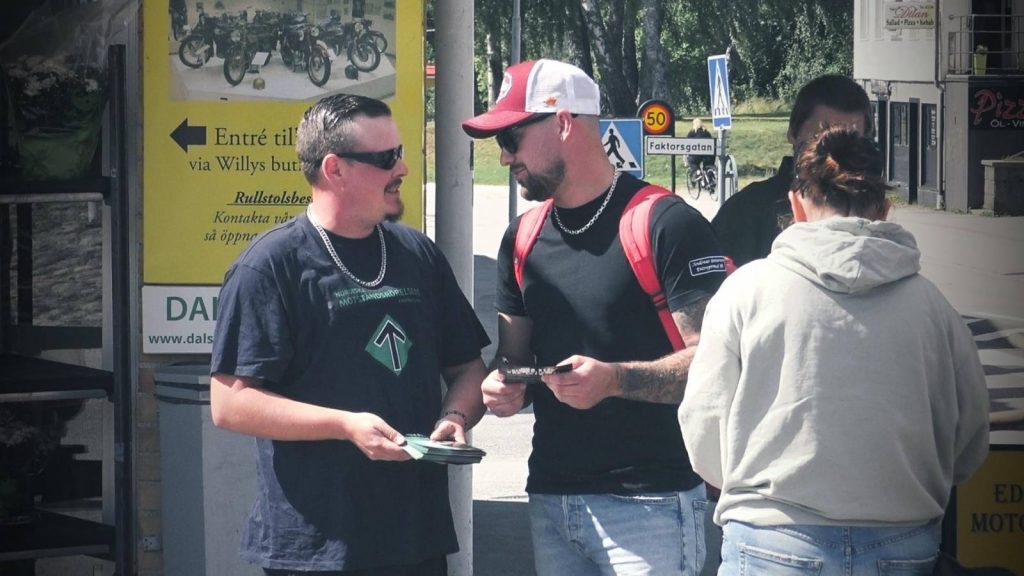 The comrades started the day by meeting near the site of the first activity and dividing themselves into two groups. They then headed to two grocery stores, where they gave out leaflets to patrons. The weather was beautiful, and a lot of tourists were circulating in the town centre. A number of curious shoppers and passers-by took the time to talk to the activists and receive propaganda. 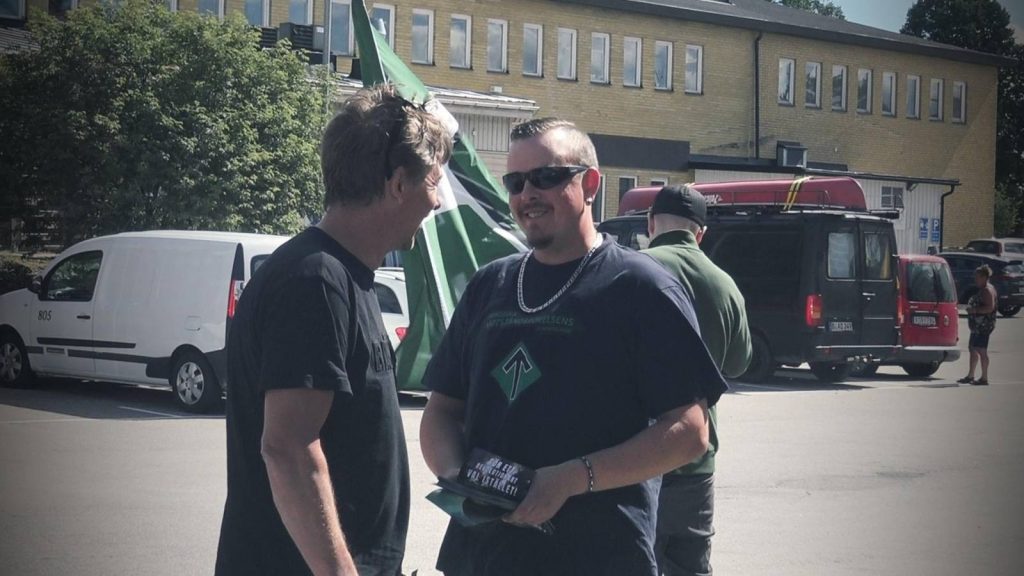 The atmosphere was good during the first two stops of the activity, apart from a minor disturbance that occurred at one of the shops, when an arrogant racial foreigner decided to squirt water from his flask at one of the Resistance men. This transgression was responded to immediately, after which the racial foreigner quickly removed himself from the scene. After about an hour, when both groups had given out a lot of leaflets, the comrades decided to move on to the nationally renowned country music festival, Eds Countryfest.

When they arrived at the festival entrance, the activists lined up with Nest 2’s well-received “Peace for Nordic Women” banner to gain attention and interest from visitors. Pleasant conversations were held with a number of guests at the event, and more leaflets were given out. 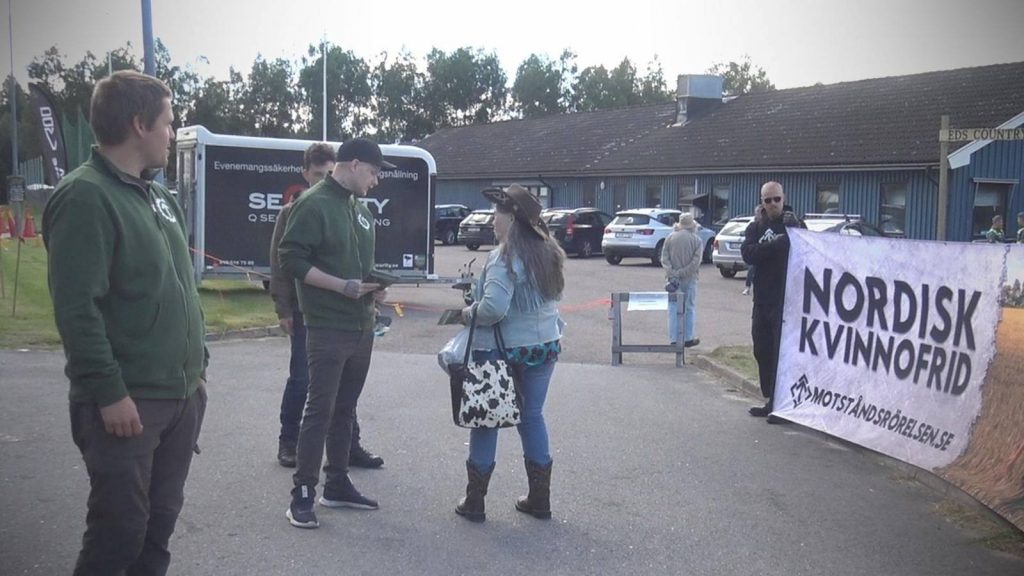 Unfortunately, the Resistance men’s presence was not appreciated by the festival security guards as much as it was by most of the guests. The guards thought it necessary to call the police, even though no disturbance had arisen since the activists arrived on the scene.

For unknown reasons, a report was made for a breach of the Public Order Act. Despite this, the comrades held their positions for an extended time and then headed back to the town centre. The rest of the remaining leaflets were subsequently distributed, before the activists went back to the gathering place. Notwithstanding the police’s foolish provocation, the activity was a success, and the comrades thanked one another and headed home.