Home Ideology “I welcome worse times so we can create better times together!”

OPINION. The leader of the Nordic Resistance Movement shares his thoughts on some of the potentially far-reaching consequences of the coronavirus that could be positive for our cause. 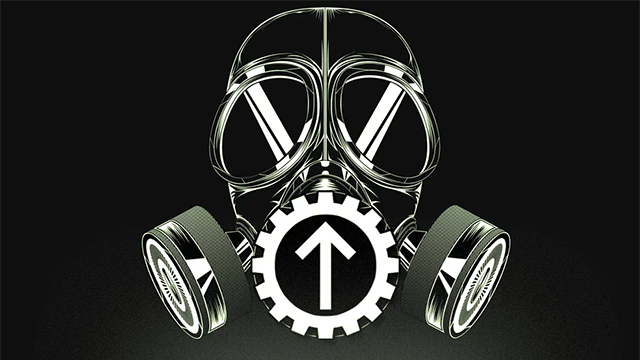 In this article I will not attempt to comment on the coronavirus and its proliferation in general. I will avoid arguing about how harmful or harmless the virus might be for people inside or outside of the groups at risk. I won’t spread the belief that the establishment and media are exaggerating the risks in an attempt to scare the people into submission, or the idea that they’re covering up and toning down the risks in order to avoid causing panic.

Neither will I attempt to point out the responsible party, how things could have been done differently or how much more money we could have left over for healthcare and other preventive measures if we weren’t forced to spend billions upon billions of kronor on mass immigration every year. To the people more interested in these aspects, I recommend listening to Jimmy Thunlind’s recent speech in central Stockholm.

Instead I will attempt to comment very briefly on a fact that has arisen on account of the coronavirus, regardless of all the above-mentioned circumstances. That fact is that, economically speaking, we are facing harder times in the future.

Even though we still cannot see the full extent of it all, we already know that finances are plummeting, that several companies are being forced to stay closed, leaving them without income and that people will consequently lose their jobs. We know that sporting events are cancelled, that travel agencies are left without customers and that other events are also attracting considerably fewer people. A reduction in tax revenues, increased expenses for unemployment benefits and less buying power all naturally follow. In addition, we can be certain that the state, municipalities and county councils will lose money in the billions due to everything from people taking sick leave to increased welfare costs.

All of this will happen to Sweden, the North and the entire world financially. How bad it will be remains to be seen, but certain economic analysts are already prophesying that this might turn out to be the worst financial crisis since the Great Depression in the 1930s and thus worse than the crisis of 2008-2009 when both Iceland and Greece were on the verge of bankruptcy.

The risk of your being affected either directly or indirectly to some extent is unavoidable. Obviously I sympathize greatly with all the Nordic workers being forced to take the brunt of this blow. In order to avoid potential misunderstandings, I would also like to express my deepest condolences to all relatives of those who have succumbed to the virus thus far, and to those who sadly are probably next in line.

At the same time I cannot help but follow what is happening to the economy both in Sweden and the world at large with great excitement. I cannot deny thinking and hoping that this might be precisely what we need in order to bring about a real national uprising and a strengthening of revolutionary political forces, so that we are able to put things right for real!

It’s not that I wish people any harm, but rather that I realize that the prevailing capitalist world order is a house of cards about to fall. The question is not if, but when, and how? Why then not hope for it to happen NOW – and surely the coronavirus might be as good a reason as any other?

The society we are living in today is in free fall and is beyond salvation. In order for things to get genuinely good, they must in all likelihood get worse first. You might have to sink to the bottom before you can climb to the top. For people to truly realize that the current anti-white system and the corrupt forces ruling us today have to be replaced, they might first need to realize their true nature in full and also understand that there is actually an alternative. We cannot build a society lasting thousands of years into the future on the rotten foundations of today, but instead we must build it upon the ruins of their creation. I thus welcome worse times in order for us to create far better times together! 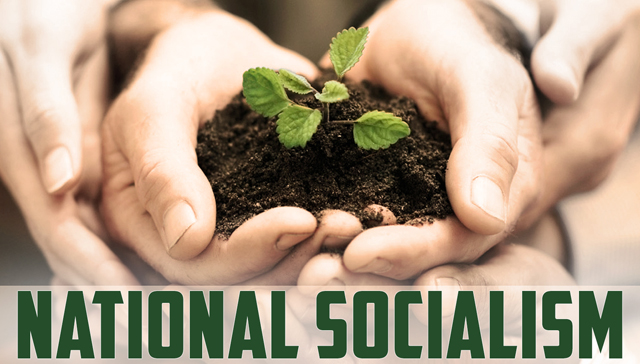 Do you, the reader, have the same wish and a desire to help? For a start, I think that all Nordic workers ought to think really hard about whether they are displaying any symptoms of the virus and whether they might need a couple of weeks off now that the first day’s leave has been paid for by the state and a medical certificate is not necessary. Surely you’re not taking any risks and spreading this virus to other people? Instead, take the opportunity to spend some quality time with the family, catch up with our podcasts and get on with those push-ups you’ve been thinking of doing.

Furthermore I advise you to withdraw as much of your money as possible in cash form and not let the greedy bankers use your money for saving their own skins. Also take extra care to support local small business owners and producers rather than the big multinational corporations and avoid any unnecessary consumption of luxuries. This way you can help alleviate part of the negative impact felt by ordinary people and instead direct it at those who deserve it.

After having done all this, we come to the most important point: Join the Nordic Resistance Movement today and help us in becoming the strong force the people will turn to when things really hit the fan and the crisis is an undisputable fact. Join us and help build the society of tomorrow together with us! 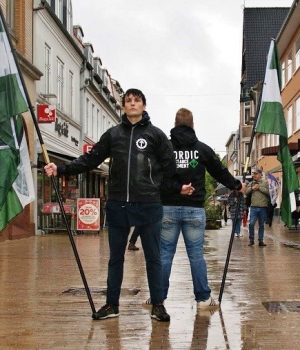