ACTIVISM. Activists from Sweden’s Nest 3 went to the Farmer Days (Torparedagarna) market and festival in Åstorp, Scania, on Sunday 3 July. Some were happier about the visit than others. 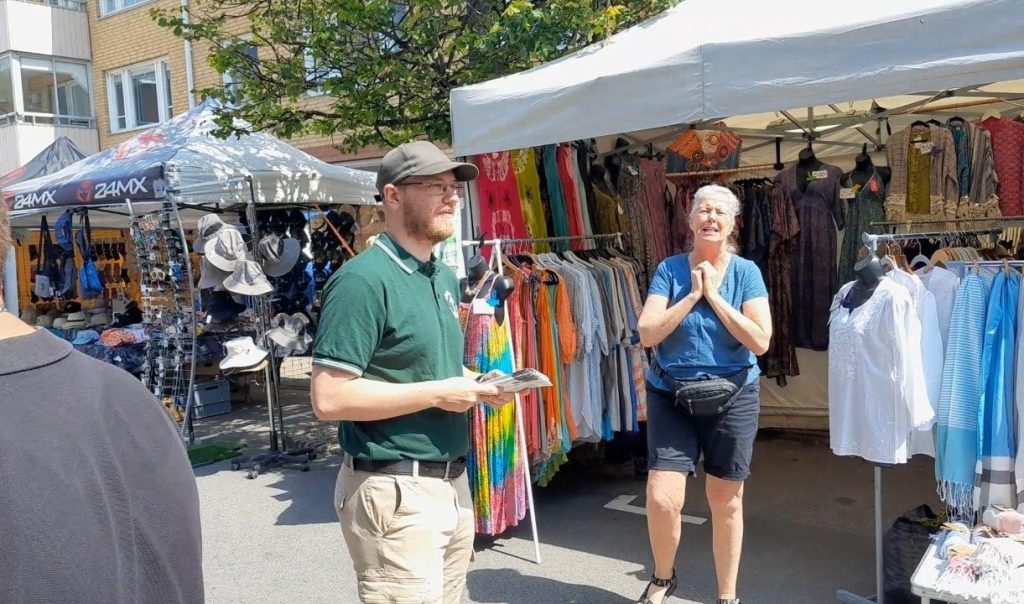 Not long after the Resistance men arrived, a White rabid English-speaking woman approached and shouted at them, claiming they could not stand there and hand out leaflets. The woman said she would call the security guards and the police, before she started screaming “Fascists!” in English in an attempt to disturb the activity. However, none of the market visitors seemed very concerned about her protests.

As the woman was not happy to see Swedes exercise their legal rights in their own country, she was encouraged to go back to her homeland. The leaflet distribution then carried on, with a lot of leaflets finding new owners – including members from other parties, who held friendly conversations with the activists despite their political differences. 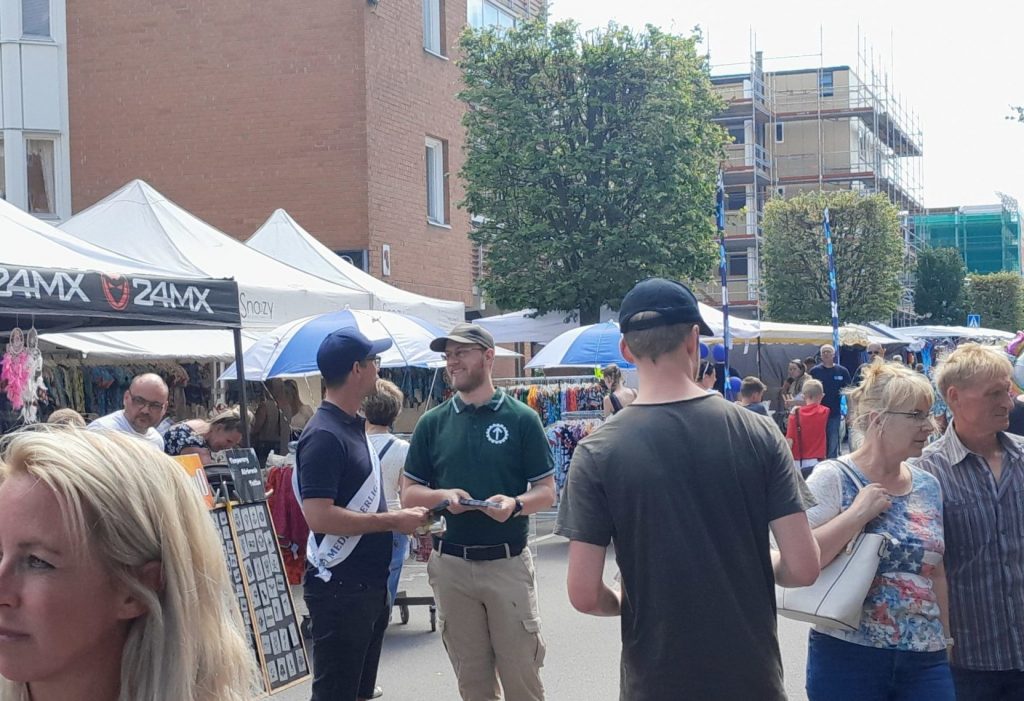 A lot of visitors were also friendly and were happy to see the Nordic Resistance Movement present, with some of them coming over to ask for leaflets.

When the police told the rabid English woman they didn’t care about leaflets being given out in a public place and that they would not come to investigate, she got so upset that she walked into one of the leafleters, before immediately running to the security guards and screaming wolf. She then demanded the police come to the scene to take her report. The leaflet distribution subsequently continued while the security guards and the woman got to watch even more visitors receive the Resistance Movement’s healthy message.

When the activity was over, some of the participants went on to conduct a tough physical training session together.