ACTIVISM. On Saturday 9 October, over 7,000 runners took part in the Stockholm Marathon. The Nordic Resistance Movement was also present to spread its message.

In addition to the marathon participants, there were many spectators on the sidelines, and the race was also broadcast live on TV4. All this meant it was an excellent opportunity to spread the Resistance Movement’s message to a large and multifaceted audience.

Activists and members from Nest 1 located a strategic place to stand, close to the start of the race, where they could achieve maximum exposure. Their banner was produced especially for the occasion and featured the text: “A healthy mind in a healthy body in a healthy nation”, together with the Resistance Movement’s Swedish website address – Motståndsrörelsen.se.

The comrades then regrouped at the 15km mark, where the same procedure was repeated. The third stop was a footbridge over Valhallavägen, where the Resistance men stood until a large part of the starting field had passed. 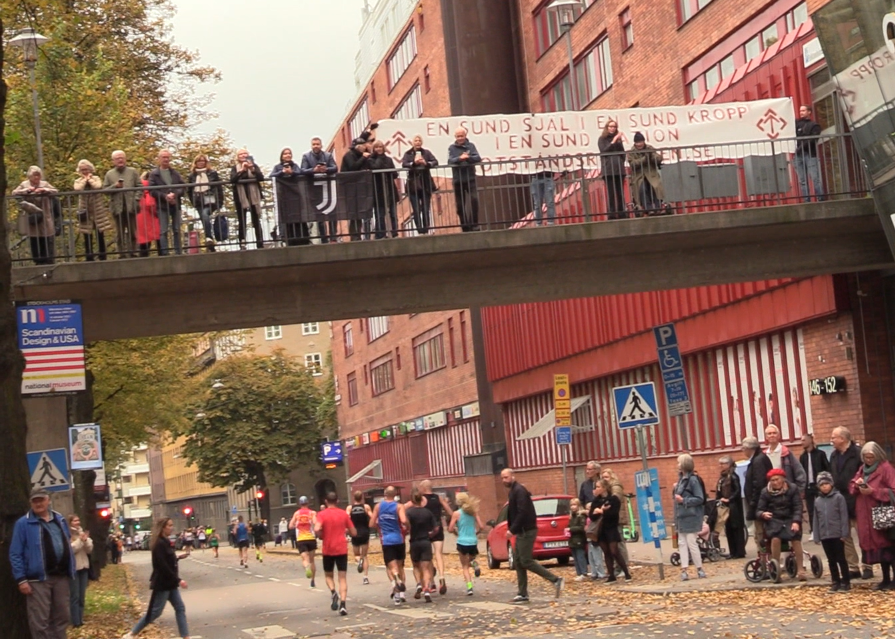 Throughout the day, the comrades were met by a few snide remarks; however, significantly more people gave the thumbs-up and made encouraging comments. All in all, it was a successful day, with the message being conveyed to a vast number of people! 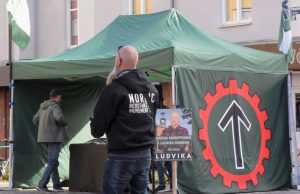