OPINION. Despite numerous recent terrorist attacks in Europe, our countries’ borders still stand wide open while so-called immigration critics don’t dare speak out. Here Jesse Torniainen writes about “anti-immigration” politicians who are ashamed of their own opinions, and the importance of being open and honest about one’s political views. 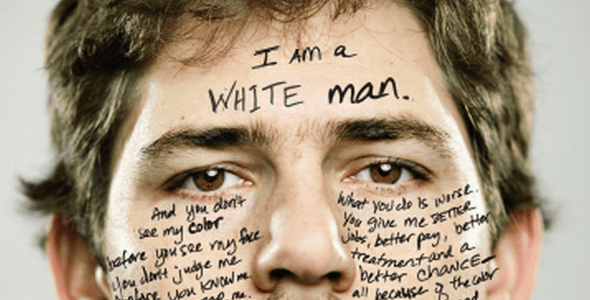 Today’s debate culture is so strongly controlled by anti-nationalist forces that even active and “radical” nationalists adopt politically correct positions in their public statements, even though their true views really are more radical. What causes people to act like this?

In March 2016, the Finnish website Vastarinta wrote about the pressures nationalists are subjected to via the use of certain pejorative terms:

The most common way they attempt to make a nationalist back down in a debate is to call him a racist.

[…] Last year the pseudo-nationalist PS-Nuoret [the youth organisation of the True Finns, now called the Finns Party] published an entire document to prove conclusively that they were not racists. Other politicians or public figures also often begin explaining their standpoints by saying it’s a matter of being critical of immigration, not racism.

[…] In the summer of 2015, we saw what was perhaps one of Finland’s most amusing series of events constructed around the concept of “racism”, when the founder of Hommaforum [a Finnish internet forum] Matias Turkkila participated in a free pro-multiculturalism concert called Meillä on unelma [We have a dream], during which he attacked his party comrade Olli Immonen, who opposed multiculturalism. Turkkila’s aim was to prove to the world and the multiculturalists that he was, under no circumstances, a racist.

Of course, the Finns Party’s apologetic behaviour is nothing new. For years they have been playing their opponents’ game, the aim of which is to make the party constantly give up more and more ground. The party’s members convince themselves this is the way to increase their popularity with the people, enabling them to achieve real positions of influence. But the aim of this article isn’t to defend the governmental ambitions of the Finns Party…

The point is that the majority of those who backed down over their beliefs in the past or today hold stronger views than they pretend to have in public. In private conversations they are more likely to express these more radical views than they would openly. On a number of occasions, I have been present when people have said they support the Resistance Movement’s ideology, only to add, “But you can’t say that out loud.”

But why do they act this way? The answer is political correctness, the fear of being branded a “racist” and a “Nazi”, as well as putting their political carriers before their ideology and being ashamed of openly standing up for their true beliefs.

Dancing to the politically correct tune is political cancer, because it is written by those in power, the anti-white media and other much-vaunted anti-Nordic opinion shapers. How can a nationalist acquiesce to such a trick, one directed by individuals who hate everyone who doesn’t share their globalist world view?

It goes so far that they are prepared to disavow people and organisations which defend the Nordic people, just to please their political opponents. They even disown their own party comrades, as the aforementioned case with Turkkila shows. Obviously those who determine the politically correct agenda will never be satisfied, no matter how much you disassociate and turn tailcoat, which makes such bootlicking all the stranger. What do you achieve by pleasing your political opponents?

Video from the aforementioned “We have a dream” demonstration (Finnish):

Of course it’s possible to achieve a profitable political career via political correctness, as the Finns Party has now succeeded in doing. Many current MPs most likely joined the party with honourable intentions, with the goal of pursuing anti-immigration policies, but their time in office has shown that this noble sentiment was pushed well into the background once they attained power.

Instead many of these people have landed good careers and substantial wages, such as Jussi Halla-Aho, who has amassed many votes from the anti-immigration electorate. He went to the European Parliament but has not accomplished anything of value, at least not for Finns. This is just one example of many that illustrate how a career takes precedence over the reasons which originally drove someone to get into politics. Money rules.

Branding people as “racists” or “Nazis” is a way to silence them, from the grassroots level up to the corridors of power. In the aforementioned article, we described this stigmatisation in the following way:

The mantra “I’m not racist but…” has become almost a joke, even in private conversation. National Socialists and other radical nationalists often find themselves in situations where a politically uninformed acquaintance asks, “Are you racist?” Even more likely is that the question is posed by some multiculturalist who wants the nationalist to appear ridiculous by starting to explain himself.

In case you find yourself in such a situation, you should absolutely not begin by saying: “Of course I’m not racist, because…” If you start floundering and explaining, you’ve already put yourself on the defensive in the conversation and are letting the opponent set the pace of the debate. The core of racism-hysteria is based on silencing or demeaning nationalists as well as steering the debate away from topics like immigrant crime and the racial replacement in Europe. Unfortunately, this tactic seems to work all too often; e.g., in the case of the public posturing of the immigration critics and the Finns Party. (As a side note, it’s worth mentioning that it was the Jewish homosexual activist Magnus Hirschfeld and the notorious Jewish communist Leon Trotsky [Lev Bronstein] who were responsible for the concept of racism.) 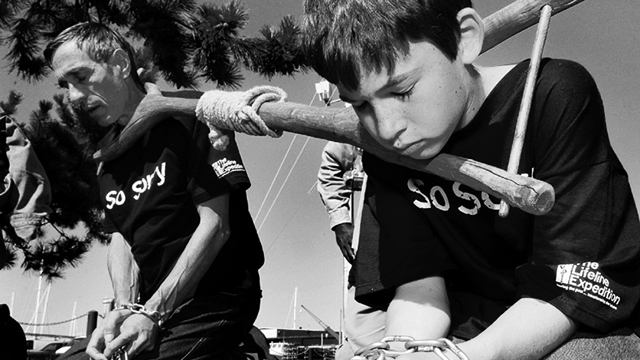 When someone asks, “Are you racist?” it’s important to ask the counter-question, “What do you mean by racism?” Often multiculturalists can’t even define their own pet terms, but in case they manage to do so, you will have a clear starting point from which to base your response. The same logic applies to all other ambiguous concepts and accusations that are thrown at nationalists. Ask the multiculturalist to define these vague terms. Or, if the whole subject of racism seems irrelevant, you can circumvent the question by saying, “It doesn’t bother me to be called racist.”

When someone brands someone else a racist, it merely demonstrates that the person doing so has no idea what they’re talking about. Question everyone who uses such terms, or even better: don’t concern yourself with what your opponents think about you, because they likely won’t like you whatever the case.

As I mentioned before, I’ve been present on several occasions when someone has said they support the Resistance Movement’s ideology and activities but that they “can’t say that out loud”, usually followed by a friendly wink. Why shouldn’t they be able to say it out loud? Why would anyone assume that if someone pursues a policy by lying, whether it’s at grassroots level or higher up, that this lying will stop when they achieve power, at which time they’ll start being honest?

If you really believe something about a certain issue, my recommendation is to be honest about it from the start. Anything else is to dance to your opponents’ tune, and that leads nowhere. It also says something about honesty that of all the events arranged on Finland’s Independence Day, the Resistance Movement’s public National Socialist march was the biggest. It would be interesting to know how this is possible seeing as the organisation doesn’t play the Cultural Marxists’ game, but is rather always honest regarding its activities and ideology.

The truth is a force that draws people to it. Hiding behind ambiguous explanations only increases the size of the confused masses. 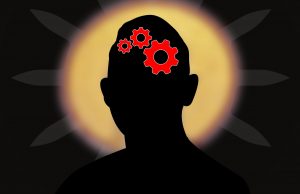