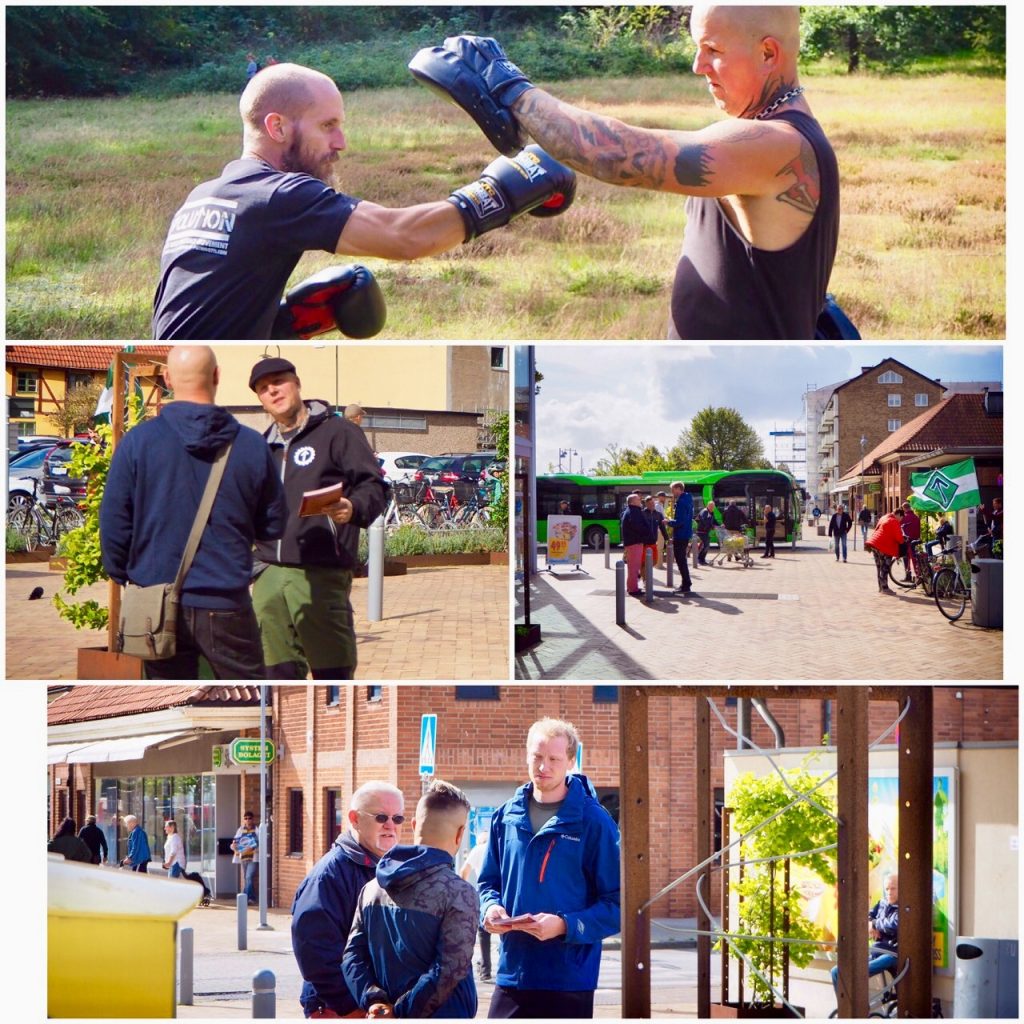 The day began with a public leaflet distribution in Landskrona, Scania. The town has been hit hard by multiculturalism in recent times, so the people were positive to change and leaflets were accepted in large quantities. A number of discussions were had with interested passers-by and sympathisers who were tired of the madness and population replacement.

After an hour and a half, the activists felt satisfied with the leafleting session and concluded the activity. They then relocated for some physical training, including running and martial arts. Both punching and kicking techniques were practised.

As an end to a successful day of activism, two banners were put up over the E6 motorway south of Landskrona. 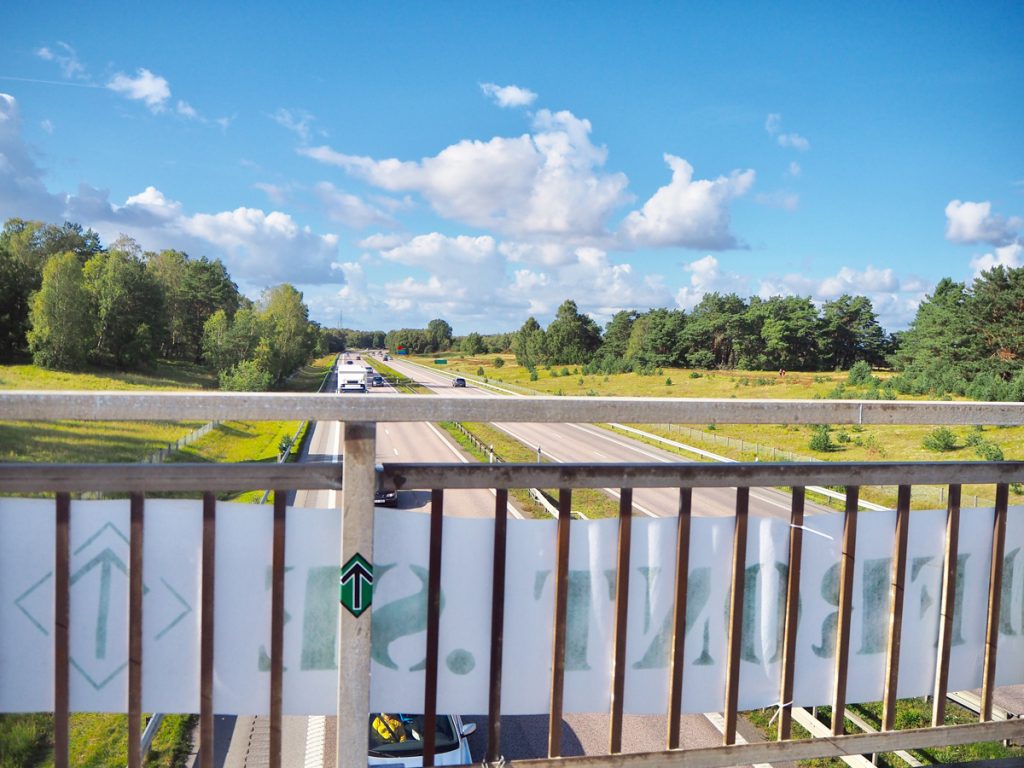 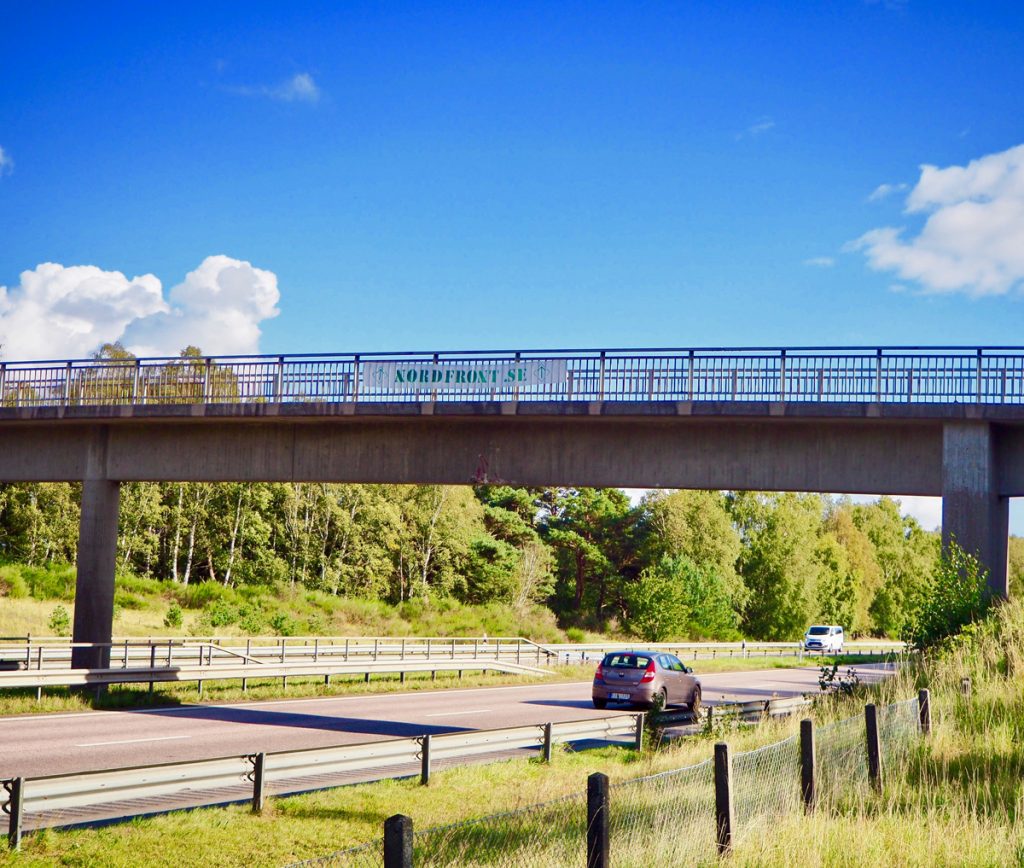