Home Ideology What is fascism?

IDEOLOGY. “Fascism” and “fascist” are two terms which are thrown around a lot in political debate. Here Jimmy Thunlind discusses what fascism actually is and how it differs from National Socialism. 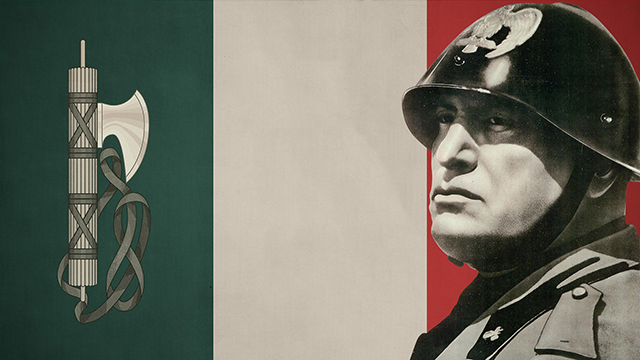 “No fascists on our streets!” Many of us have heard the chants from the violent, brainless leftist placard-wavers. To them the term “fascist” incorporates everything from Nazis, racists, Sweden Democrats, nationalists, the majority of Moderates, to anyone else they don’t like for whatever reason. For the rest of the general population, the word “fascist” is no more than a general insult, like “idiot”. As such I think it will be interesting to give a little account of what fascism really is, especially as it exposes just how completely uncultured and ignorant of history so-called anti-fascist groups (e.g., Antifa, the Young Left, Central Organisation of the Workers of Sweden) really are, given that there are practically no fascist organisations in the world today. The overblown fight against fascism is a fight against windmills and illusions.

Fascism took shape as an ideology in Italy during and after the First World War. Its foremost advocate upon its creation was the Italian socialist and nationalist Benito Mussolini, who in March 1919 started the first fascist combat groups, the Fasci di Combattimento. In 1921 Mussolini founded the National Fascist Party (Partito Nazionale Fascista), and in 1922 the fascist revolution was proclaimed in Italy. Mussolini had been one of the leading figures in the Italian socialist party, and his politics were fundamentally built on a revolutionary form of syndicalism combined with an ardent nationalism, with the historic Italian ideal of the Roman Empire as its archetype. Mussolini’s view of polity was inspired in part by the syndicalist Georges Sorel and the philosopher Friedrich Nietzsche’s authoritarian and elitist theses, which argued that leadership should be based on competence and merit – as well as the justification of violence to achieve political goals.

One can simplistically outline the original fascist ideology in three main points:

1. Realpolitik. Fascism developed from a strong hostility towards communism, capitalism, liberalism and parliamentary democracy. Communism because it contravenes nature with its anti-evolutionary egalitarianism and utopian internationalism, which instead has created class hatred and moral degeneracy. Capitalism because it lacks spiritual ideals and materialistically aims for maximum exploitation of people and resources, with impoverishment and inequality as a result. Liberalism because it builds on egotism and self-interest before the public good. And parliamentary democracy because it’s ineffective, powerless and stagnatory.

The fascists were often criticised for having no traditional and fully developed ideology on which to build their politics. But according to Mussolini this was fascism’s strength – because when the opposition among the liberals and communists stood locked in old established party programmes and ideological dogmas, the fascists were free to move in whichever direction they needed and take realpolitikal decisions based on the conditions of the time. This realpolitikal position made the fascist state very efficient and responsive to the people’s needs, often referred to as “democracy through action”. It also ensured fascism was incredibly modern and progressive in its method of managing society’s functions, which leads to the next point:

2. Corporatism. The notion of viewing society as an organic body (the Latin corpus), in which the different societal groups (or corporations) each constitute a part, was not something the fascists developed on their own. Similar ways of organising society go back to the trade and guild systems of the Middle Ages and the later class society. The metaphor of the human body was used as early as the New Testament (Romans 12: 4-5), in which Paul compares the church to a body that consists of various limbs (from which we derive our word member). But Mussolini was the first in modern times to organise an entire nation with corporatism as its core principle.

Simply put, the idea was to unite the citizens in professionally or socially defined groups, called corporations, with common interests. Industry workers would comprise one corporation, farmers another, teachers and school personnel another, and so on. The corporation’s own common interests formed the basis of its decisions, and spokespeople were appointed to represent the group in the Chamber of Fasci and Corporations, the fascist state’s lower house. A big advantage was that both employers and employees were united in the same corporation. It was the profession and the mutual dependence that united people, not their station or class, and thus the foundations for a class society were erased.

Via corporatism’s emphasis on citizens and groups as functions that contribute to the achievement of the greater good (society or the national community), a super-individualistic outlook is created that is unselfish and healthy. The emphasis on one’s function rather than one’s office or status also meant a modern and practical planned economy could be developed, in contrast to the egalitarian and class-divided communist states. Corporatism’s ideas were so effective that they went on to influence governmental systems in several countries after the end of the Second World War, including Portugal, Spain and… Sweden (!). In our country, corporatist thought has had a large impact on the development of the system of cooperation between the government, unions and industry – the so-called “Saltsjöbaden spirit” – and via our constitution, which guarantees various organisations’ influence in the central political decision process through the state referral institute. Unfortunately in Sweden this has greatly contributed to erasing fascism’s third essential feature:

3. National identity. The uniting of the people under a strong authoritarian state founded on a proud historic heritage, which takes responsibility for important societal functions benefiting all citizens, and which ensures that children and young people receive a sound education and upbringing. For Italian nationalism, a common history was fundamental – the Roman Empire’s bygone days as a world power still stirred in every Italian’s blood. But nationalism was also an important force for infusing strength, belief in the future and a spiritual ascendancy in the people.

Here we will leave the description of fascism and move on to the question which many in our time ask: Wasn’t German National Socialism the same thing as fascism? No, it wasn’t. Certainly National Socialism was inspired by the fascists’ national uprising after the catastrophic conclusion of the First World War, and there were indeed aspects the two ideologies had in common, such as the realpolitikal opposition to communism, liberalism and capitalism, and the corporatist organisation of trade and industry and a planned economy – but there are also some crucial differences:

1. The race question. National Socialism’s definition of the people as a biological entity with a blood fellowship is completely lacking in fascism, where instead the historic nation with its borders and common culture are the important factors. National Socialism’s strong emphasis on inherit racial differences and their significance is also totally absent in fascism, making it a non-racialist ideology. It is therefore almost embarrassingly ridiculous that organisations today call themselves “anti-fascist” while fighting against “racism”, which does not exist in fascism.

2. Contra-Semitism. The resistance and struggle against Jewish power over the economy, culture and media was central to National Socialism. Knowledge of the Jews’ large-scale involvement in the Bolshevik Revolution and Marxist expansionism, as well as in the capitalist system the world over, made Jews National Socialism’s enemies. But within fascism there was no anti-Zionism, anti-Semitism or even criticism of Jewish influence. Rather Jews were completely assimilated into Italian society. Many were members of the Fascist Party, including Alberto de Stefani, Mussolini’s finance minister during the 1920s, newspaper editor Ettore Ovazza, who ran a Jewish-fascist newspaper, and Mussolini’s mistress Margherita Sarfatti.

3. Relationship to the church. In both Italy and the other fascist states, the relationship between the Catholic Church and the state was very strong, something which has often aggravated fascism’s opponents, who believed the fascists never could have come to or kept power if they hadn’t had the church’s support and blessing. National Socialism, on the other hand, was completely free from the church’s influence. Most of the leaders within National Socialism saw religion as a private matter and something in which the state should not interfere. For example, Adolf Hitler and Hermann Göring were both members of the church until their death; however, Hitler, like many of the other leaders, was an opponent of the church’s institutions and clergy and was convinced that religion was eventually doomed to failure (Hitler: Monologe, p. 303; Picker: Tischgespräche, p. 355).

In today’s Sweden, there are no avowed fascist organisations. I do not believe this is due to fascism’s ideas in themselves being inferior or unworkable; I believe it is rather because the good and practical aspects of fascism have been incorporated into the much stronger National Socialist movement. Today, awoken and courageous people turn to the revolutionary and functional Nordic Resistance Movement, which with great efficacy has proven that National Socialism is the only practicable path out of our time’s political catastrophe of Zionist-dictated “democtatorship”, destructive multiculturalism and exploitation of man and nature. I suggest you also join the growing band of proud Nordic warriors for a healthy and hopeful future for our children and grandchildren! 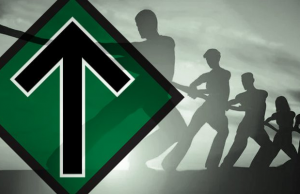