ACTIVISM. At the end of September, members of activist group 203 went to Färgelanda, Västra Götaland, for a public activity. 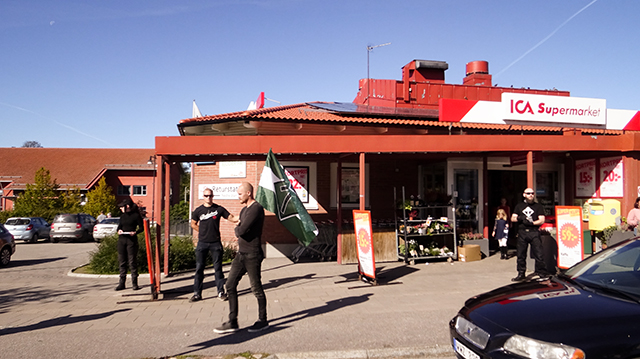 Three groups positioned themselves in front of three different food stores in order to distribute leaflets, always alongside the Tyr rune flag.

Many of the passers-by who spoke to the activists were sympathetic to the Nordic Resistance Movement. 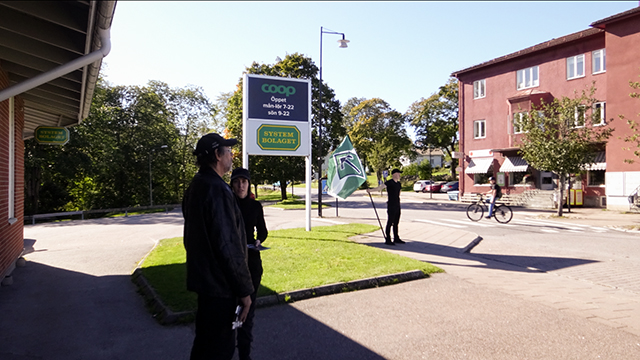 Many others were curious about the Movement’s political views and ideas, and a few were very happy to finally see the activists in Färgelanda and wanted to apply for membership. 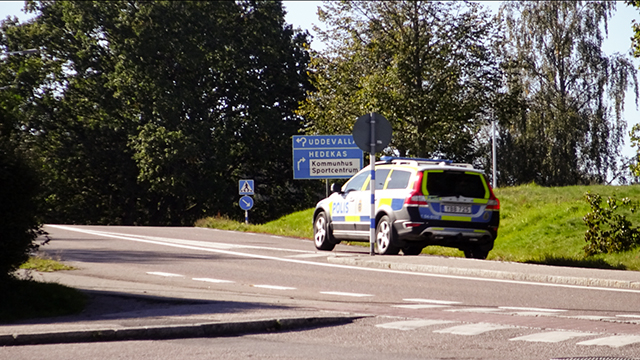 The activity lasted for about two hours without any notable incidents. Unsurprisingly the local police made their appearance and watched the group for about 30 minutes, despite the enormous lack of police resources afflicting Dalsland. No thought crimes were noticed by the policemen, who reluctantly and disappointedly moved on in order to hopefully fight some real crime.