NORDIC UNION. Here you can read about the Resistance Movement’s vision of a united Nordic nation and what it stands for, as opposed to the globalists’ vision of a world with open borders. Taken from the campaign page Frittnorden.nu. 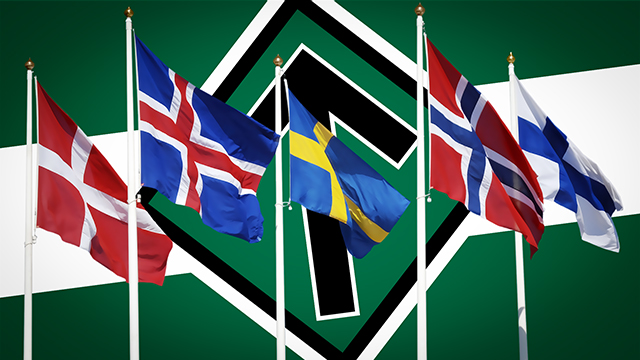 The world is becoming increasingly bound by the globalists’ chains and the unique differences between countries seem to be disappearing. Cosmopolitans are gaining ever greater power and the number of multinational companies is increasing. Worldwide networks such as the EU, the UN and NATO constantly demand greater influence.

This leads the Nordic people to a crossroads. Either we let ourselves be pushed off the cliff, lose our identity and become a colorless part of the globalized world – or we do what we can to stand firm, guard our sovereignty, and secure the survival of our unique people, nations, and cultures. In doing so, we also set a good example for other nations to free themselves and achieve their full potential.

If it is the first way you want us to go, all you have to do is close your eyes and let evil powers do the rest. If the other way feels more attractive, then we must unite with others of our people who choose the same path. Sweden alone has no chance of resisting. Europe is too large and multifaceted a region (made up of many different ethnicities with their own unique cultures and interests) for an alliance to be favorable.

Benefits of a united Nordic region versus Sweden alone

Benefits of a united Nordic region versus an overpowered EU 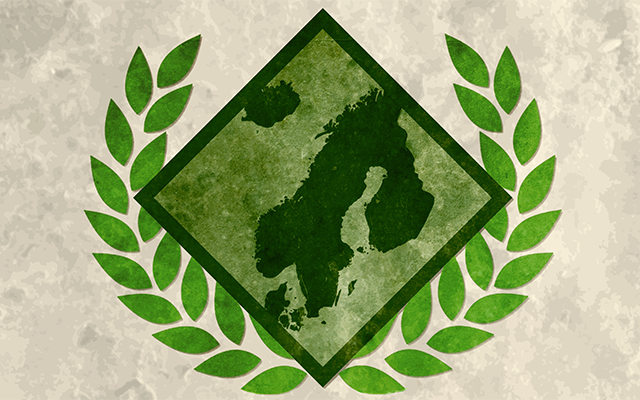 The Nordic countries consist of Denmark, Finland, Iceland, Norway and Sweden. The similarities in origin, culture, language, temperament and geographical location were almost designed to be easily merged. One could say that the differences between the countries are no different than, for example, those between Dalarna and Gästrikland. Despite having differing peculiarities between them, they do not suffer by being neighbors. The same would apply to the Nordic countries. A united Nordic Union would not mean any significant conflicts and of course the national languages, and existing cultures could still exist together. The Nordic countries have also historically either been completely united, whether by alliances with each other or occupied by each other; it would thus be quite natural to unite from a historical perspective. Even today, there are many collaborations between the Nordic countries: economic, political, as well as military.

The Nordic region is rich in natural resources such as forest, fertile arable land, mining deposits, fishing waters, gas and oil. We also have strong personal resources, with respect to our genetic makeup. The Nordic countries could easily have their own fully-fledged steel industry, textile, auto mobile, and electronics industries, etc. The Nordic region could be a good trading partner with the whole world, and of course we would develop good relations with other nations around the globe. It is also important to know that we could be totally self-sufficient even if the rest of the world were hostile to us.

Speaking of hostility from the outside world, it is also noteworthy that even though they sometimes fluctuated, our external borders have been intact for almost a thousand years, with the exception of the one between Finland and Russia, which has changed slightly. The Nordic borders have strong geographical lines of defence. These defence lines must be protected by a heavily refurbished Nordic military – ready for whatever threats may be in our path – even internal resistance.

The laws in all the Nordic countries are already written quite similarly, and a pan-Nordic constitution that guaranteed certain general rights for the people and responsibilities for the Union would be easy to agree on. Of course, some regional (today national) laws could remain.

In order for the Nordic Union to take back full control and gain full independence from the globalists, the existing banking system must be abandoned. A Nordic central bank must be founded, which has the exclusive right to create new money for circulation within our new economic system. The Nordic Union would guaranteed be one of the richest and most prosperous countries in the world, and would no longer need to borrow money from abroad with interest rate slavery as it is now.