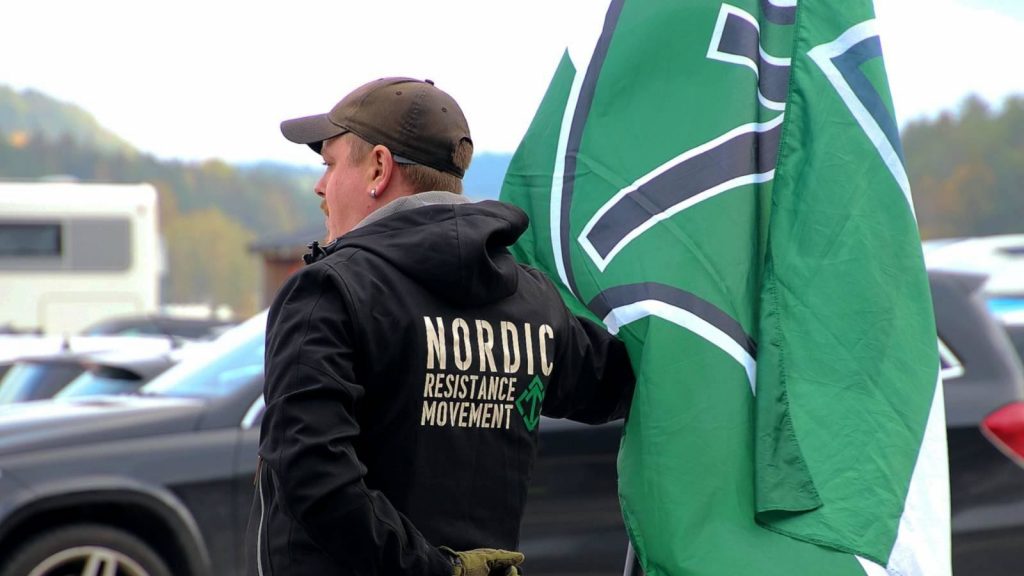 On Saturday 9 October, Swedish and Norwegian comrades met just outside Strömstad, Sweden, close to the border with Norway. The plan for the day was to hold two public leaflet distributions, one at Nordby Shopping Centre and another in Svinesund. 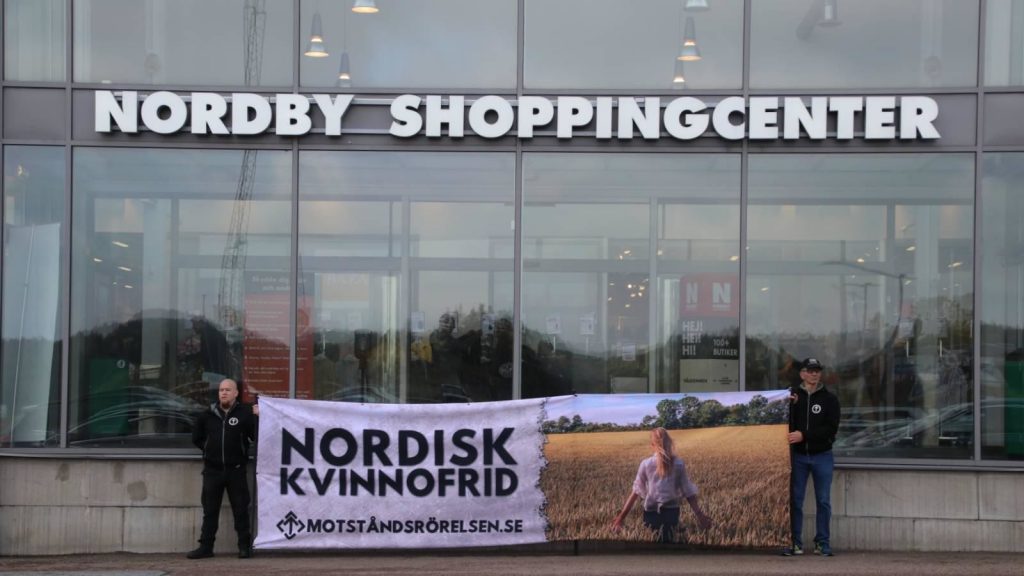 The Nordby group took up positions at two different entrances to the shopping centre, standing in one location with a banner and at the other with a flag.

There was a good flow of people throughout the activity, mostly consisting of Norwegians, a large number of whom were very interested in talking with the activists. Aside from a couple of irritated security guards, the response was generally very good. 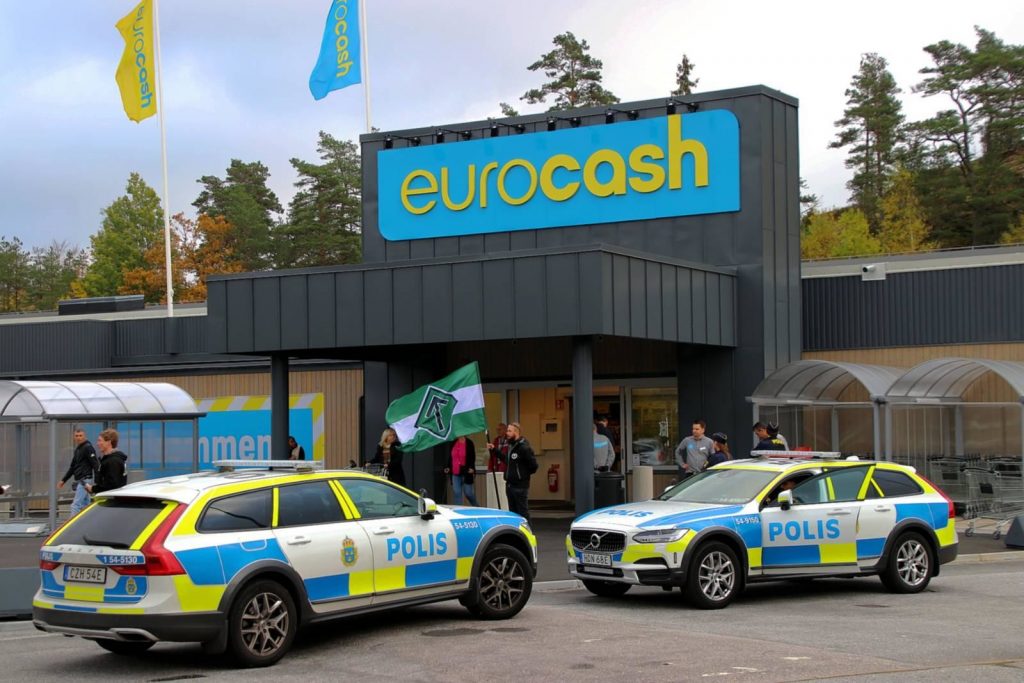 The group in Svinesund stood at two different stores, where there were slightly fewer positive reactions than in Nordby. This was due to the large number of racial foreigners who passed by and shopped at the Eurocash store. Several of Eurocash’s employees were also very upset about the Resistance Movement’s presence. They even stopped customers who were entering the store in order to check they had not taken any leaflets from the activists outside.

A rather threatening atmosphere ensued, but it never developed into anything more serious. You can hear a personal account of the activity from Fredrik Vejdeland on the latest episode of Leadership Perspective.

The police were present for most of the activity, primarily to comfort the offended store employees. There were also a number of people who were much more sympathetic to free speech and the Resistance Movement. 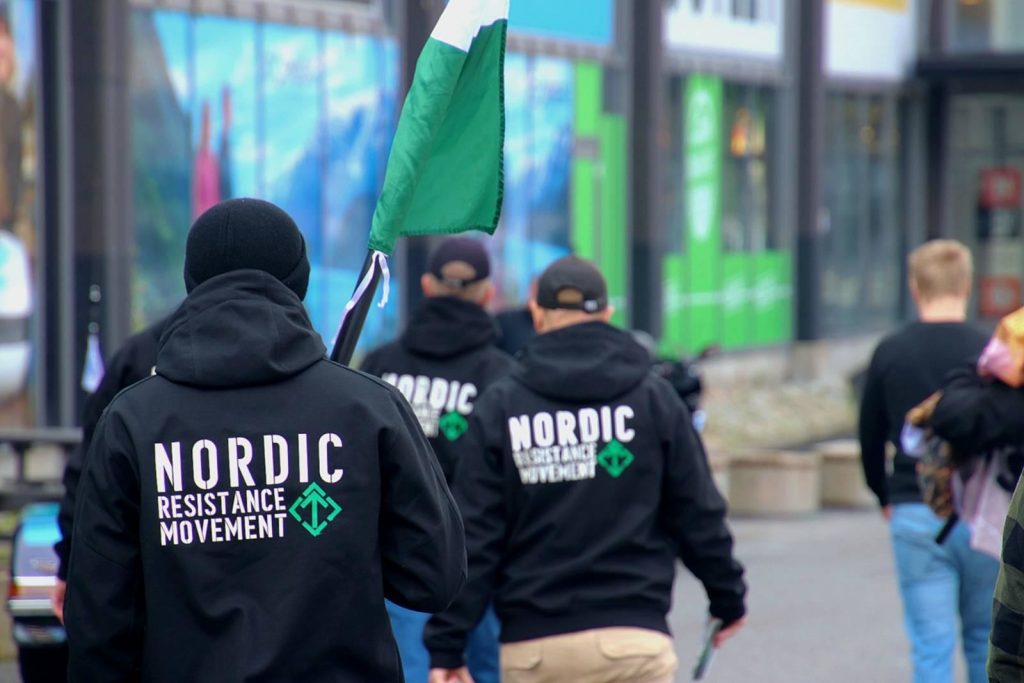 The Resistance Movement contacted Nest 2 Chief Mattias Sigvardsson to ask a couple of questions about the activities.

Hi, Mattias! How do you think the day went?

Apart from the anti-free speech employees at Eurocash, the response was very good. It was also really nice to see comrades from Norway again.

Will Nest 2 continue their collaboration with Norway’s Nest 1 and visit their activities in Norway in the future?

Definitely! Now that the restrictions have been dropped and the borders have been opened, we will naturally have further cooperation with Norway’s Nest 1. Nest 2 will most likely visit Norway frequently to help both Nests grow and develop.