On Saturday, 12 June, activists and members from Nest 1 went to the Uttran district in Botkyrka Municipality, south of Stockholm, to carry out a public awareness campaign.

The Resistance Movement conducted the campaign on account of our duty to the people, which includes protecting and fighting for our children’s best interests. Uttran is home to a paedophile who was sentenced to prison last year for abusing 12 children aged three to six years old. The children he used for his sick fantasies went to the Björkstugan preschool in Tumba, where the paedophile was working at the time. His charges included aggravated sexual abuse of children, sexual harassment and child pornography offences.

The paedophile was sentenced to just two years in prison for his crimes. That meant that with good behaviour he would serve only 16 months’ jail time in Sweden, and may have been released as early as 26 May this year.

The Resistance Movement therefore took the opportunity to go to Uttran and inform the people that a convicted paedophile has moved back there and now lives as their neighbour. The address he is registered at is within walking distance of at least 16 different preschools.

Leaflets and posters with information about who the paedophile is and what crimes he was convicted of were spread in the area to warn people and give them an opportunity to better protect their children. 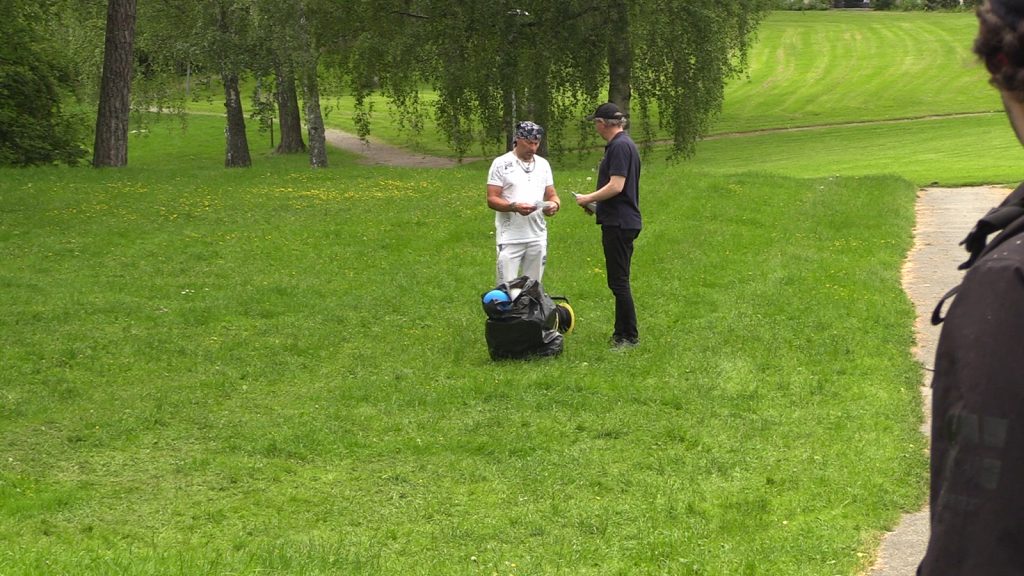 The weather on the day was perhaps not the best for such an activity, but some people were still outdoors despite the downpours that occasionally came and went. When the comrades met residents in the area, they gave them a leaflet and a brief explanation about what had happened and how it had prompted the activity. The response to the initiative during the day was extremely positive, and the horror was evident in people’s reactions when they learned about the kind of garbage that had found its way back into the area.

Uttran appeared to be one of the places less affected by multiculturalism in Sweden, and, according to the locals, plenty of children live there, which is why people were all the more grateful for the information.

One of the people the Resistance fighters talked to a lot was an elderly lady who had previously worked at a preschool in the area. She testified that she would happily go to prison as “punishment” if someone abused her children or grandchildren, as she would kill them herself.

The lady described her despair at the system, which does not seem to have any interest in protecting the children in society. 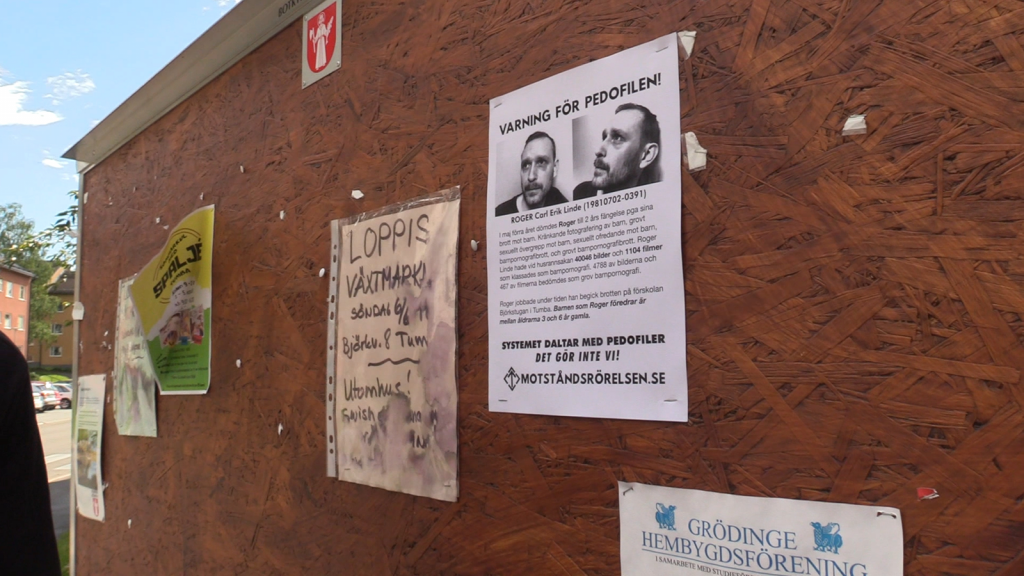 Notice boards and electricity poles in the area were intermittently adorned with posters with the same message, and many residents received leaflets in their postboxes. The information was also put up next to schools and preschools. 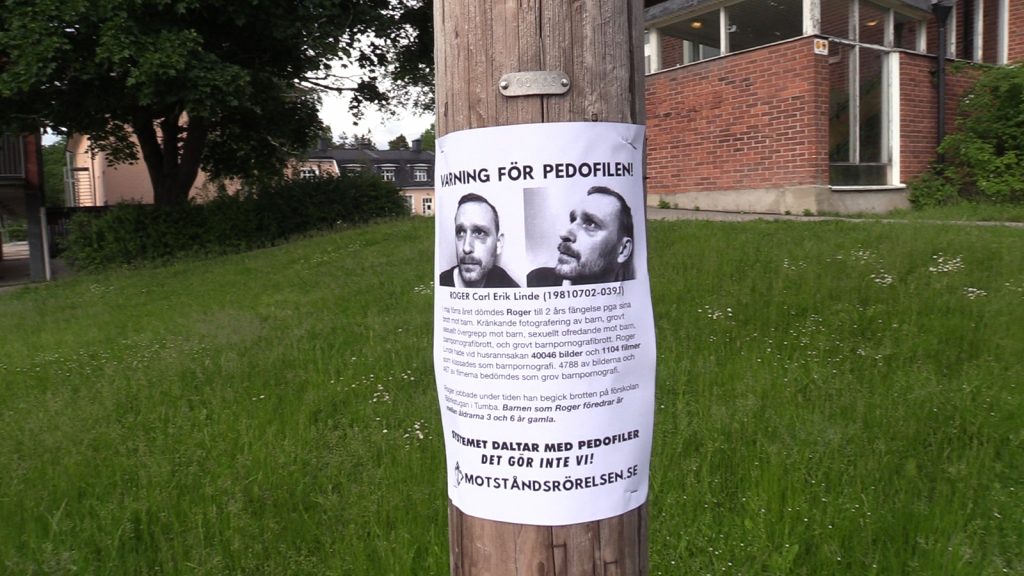 The only person who was not genuinely happy about the comrades’ leafleting on the day was a man who was handed a leaflet while mowing his lawn. In an aggressive manner, he informed the comrades that they could continue their campaign, but that he did not want to know anything whatsoever about the paedophile, as he did not care about the matter in the slightest. It was strange behaviour from a fellow countryman, considering that protecting children should be seen as a man’s ultimate duty in life. 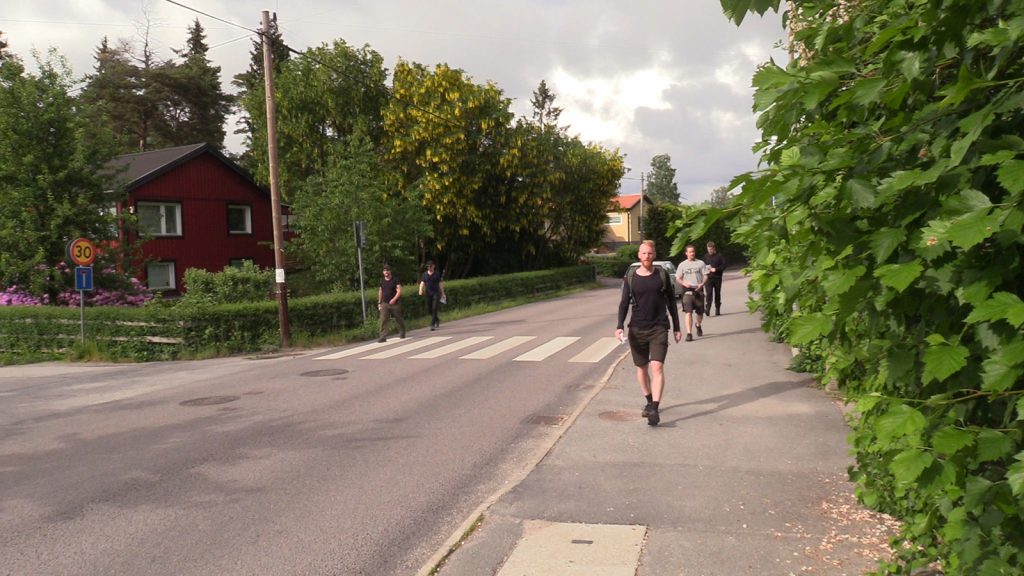 When the leaflet distribution was completed, the group went back to their cars and then drove to a nearby bridge, where the second part of the activity would take place.

With the help of flags and a newly produced banner with the message “The system coddles paedophiles – We do not!”, the Resistance men took their positions on the footbridge. 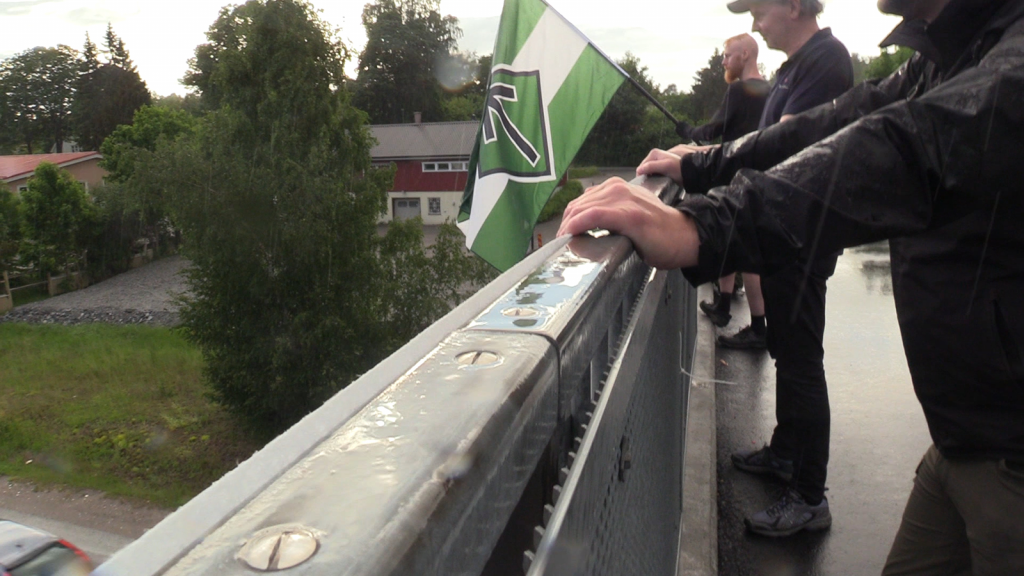 The reactions from drivers were almost all very positive, with thumbs-up, victory salutes and car horn beeps succeeding one another. After being on the bridge a while, a very entertaining event occurred to end the day.

Two racial strangers in a BMW drove from the opposite direction, honking their horn, before stopping in the middle of the road to shout obscenities through their windows – a relatively common reaction from the less-gifted sorts who reside on Nordic soil. The car then drove a short distance past the bridge, only to make a U-turn at a red light and stop in the middle of the lane, about 50 metres away from the bridge, so the people inside could continue screaming. The poorly pronounced “words” that came from the mouths of the racial strangers were just as predictable as the chants the Reds have used for decades (to no avail). It was “f–k” this and “f–k” that, until the other drivers backed up behind them beeped so much that the foreigners finally started moving again. As they passed under the bridge, they received a gift that was dropped on their windscreen.

They made another U-turn on the other side of the bridge and stopped again. This time there were threats that something unpleasant would happen to the Resistance fighters. As usual with people like this, there was a lot of talk and very little action. Nothing more happened, and the racial strangers drove on. 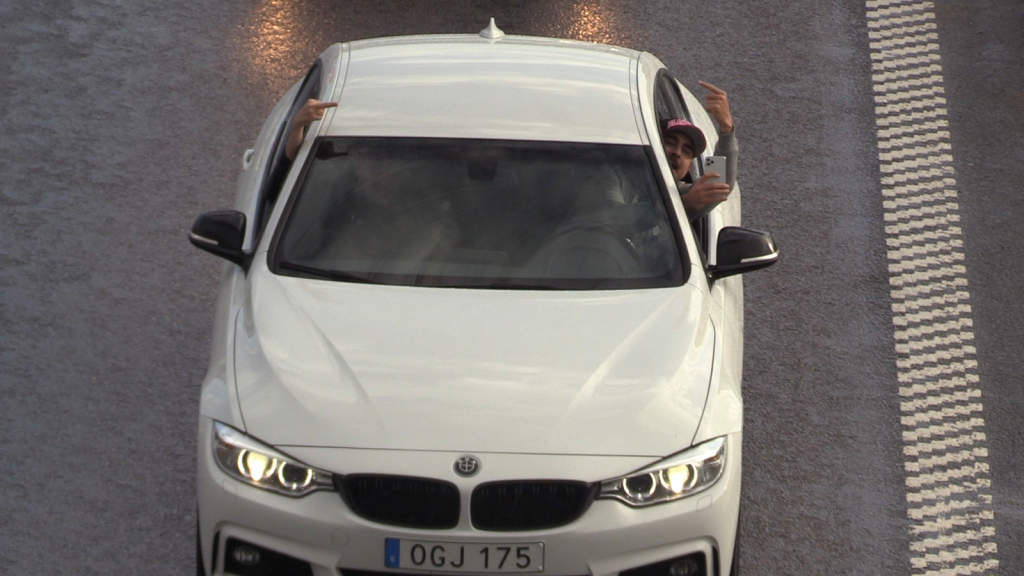 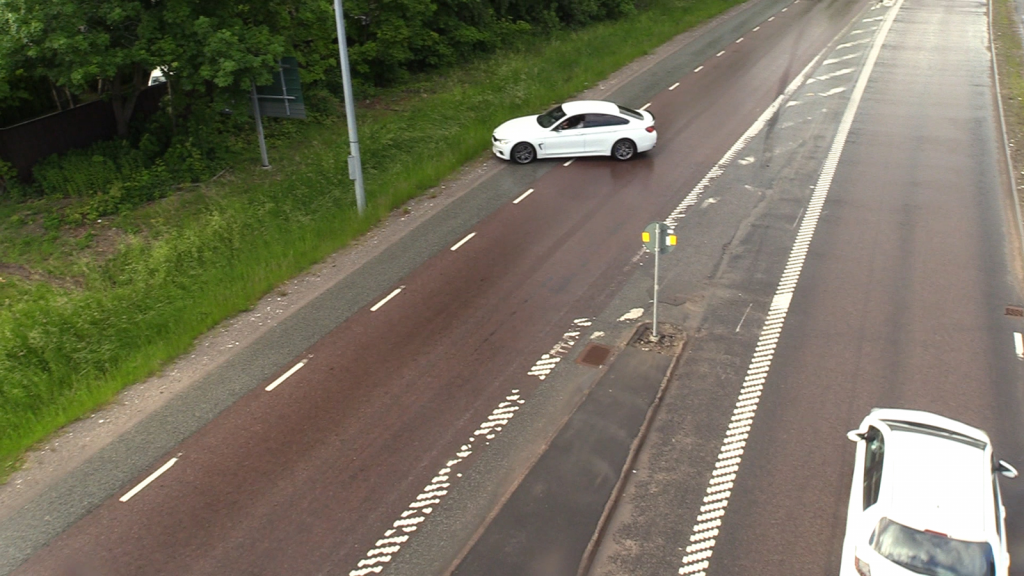 When the evening approached, everyone decided it was time to conclude the activity. Surprisingly, it was noted that the system’s lackeys had not been seen once throughout the activities. The day as a whole felt very meaningful and drew a positive response.

The regime in Sweden coddles paedophiles – an approach that far too many children and their families have to suffer for. As Nordic people, we must resist this criminal regime that rules over our people.

Join the Resistance Movement, and make a difference!