TOMMIE LINDH. On 10-11 May, the murdered patriot Tommie Lindh was honoured with activities in various locations in the Nordic countries. Below is a report from a banner action in Västerås.

On Tuesday 10 May, activists displayed a huge banner with the message “Never Forget Tommie Lindh” from a footbridge over the E18 motorway in Västerås. The location, large text and added illumination made the activity and the message clear to all passing drivers. The banner also featured Tyr runes, and several of the participants wore Nordic Resistance Movement activist jackets. 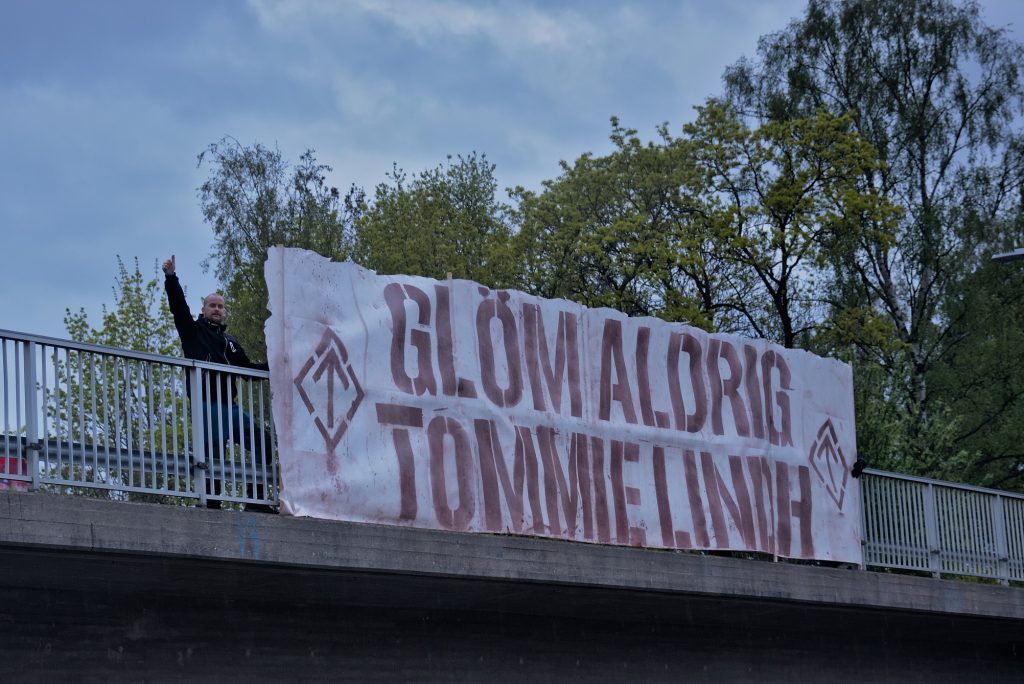 The activity marked three years since the patriot Tommie Lindh was stabbed to death in his own home by the African Abubaker Mohamad Awad. Just over a day after the attack, Tommie died in hospital. During the same evening, the African also raped a woman in the apartment.

In subsequent reporting on the case, the regime media and the criminal establishment clearly attempted to downplay what had happened. However, nationalist figures and alternative media across the country, including Nordfront, worked diligently to uncover the facts about the incident. This work also gained traction internationally, with nationalists from multiple countries spreading reports of activities commemorating Tommie Lindh. 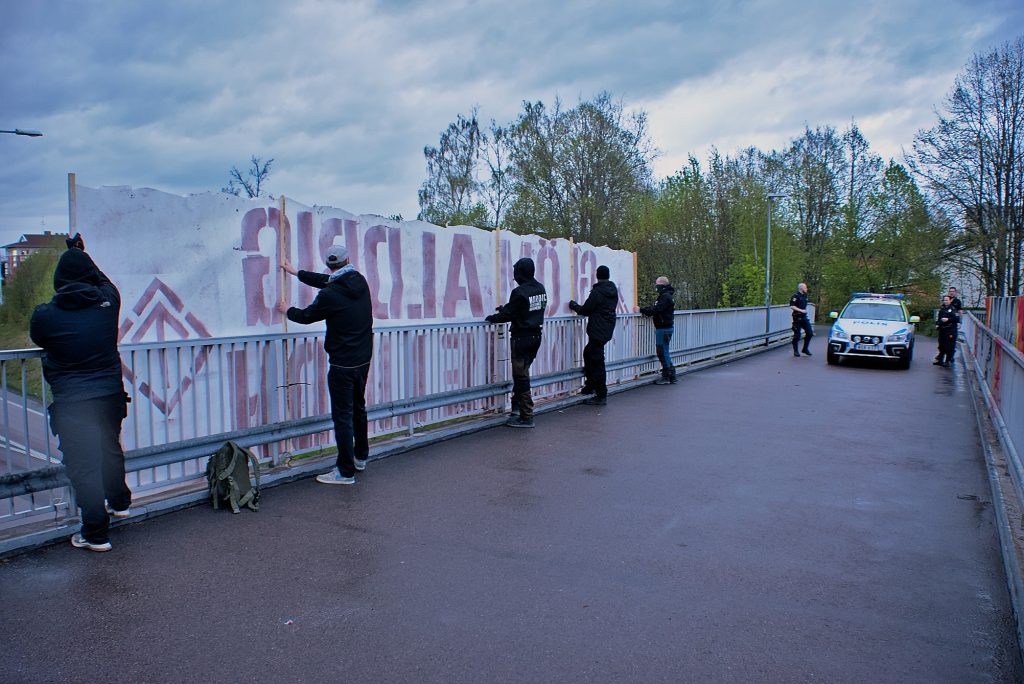 Numerous road users saw the bridge action on Tuesday, and it was also documented by a press photographer.

After a while, a police patrol arrived on the scene. Antagonists had phoned the police and claimed that the activists had been throwing objects at passing vehicles. Following a short dialogue, the police understood this was not the case and decided not to disturb the progress of the activity.

During the days of 10-11 May, activism in memory of Tommie Lindh was also carried out in other locations around the Nordic countries, including in Småland, where several banners were hung up: 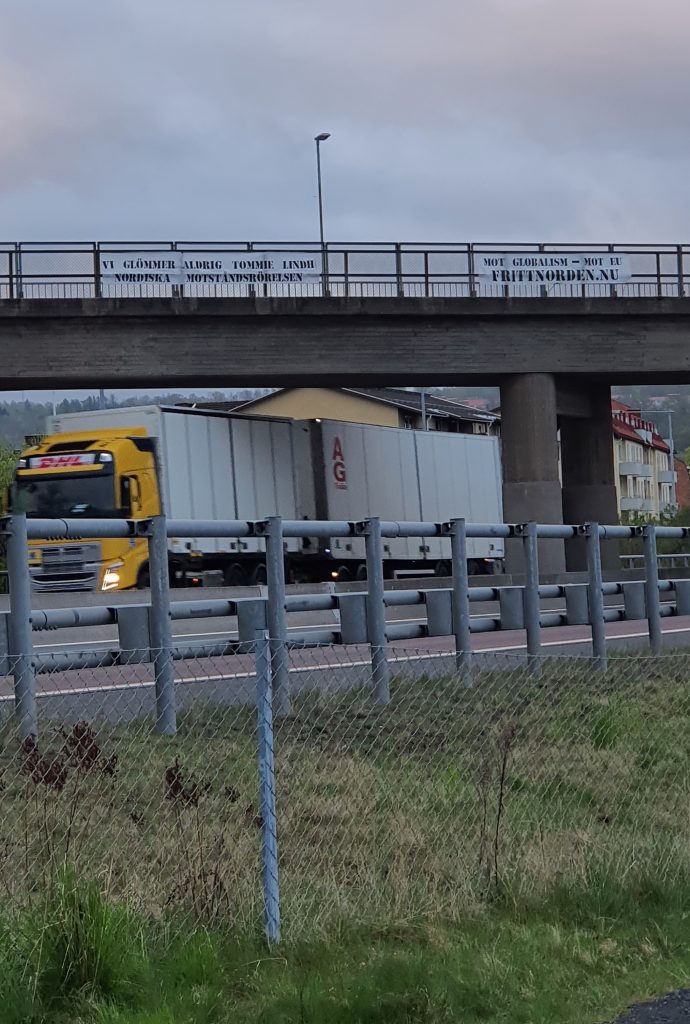