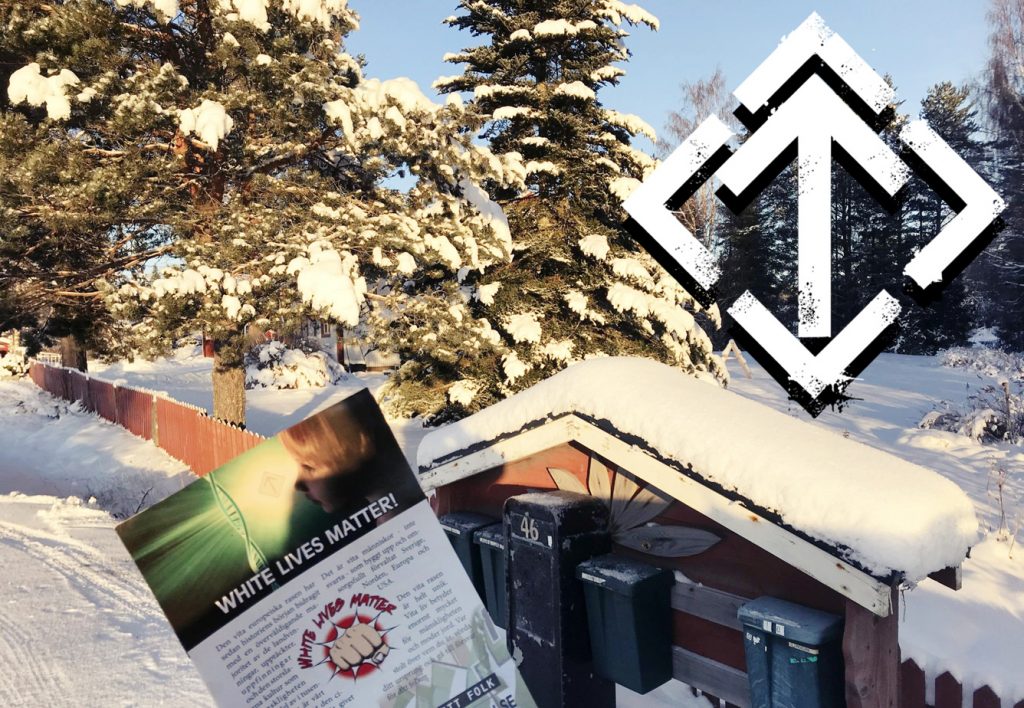 Members visited the Diplomaten district and multicultural Stoeryd in Tranås on 7 January. A large number of leaflets found new owners.

Members from group 801 and their families went to spend time together in the woods on Sunday, 10 January.

After a short walk to a lake, they lit a fire with wood they had brought with them. The children learned how to start a fire and the importance of dry wood.

Members and activists met to train in martial arts together on Sunday morning.

After completing the session, the participants met with more members for the monthly meeting. New members were welcomed to the Nordic Resistance Movement’s community, the Nest’s activities of 2020 were summarised, and plans and goals for the new year were made.

After the meeting, the educational section began, with chapter four of Our Path being read and discussed before the participants said goodbye until next time. 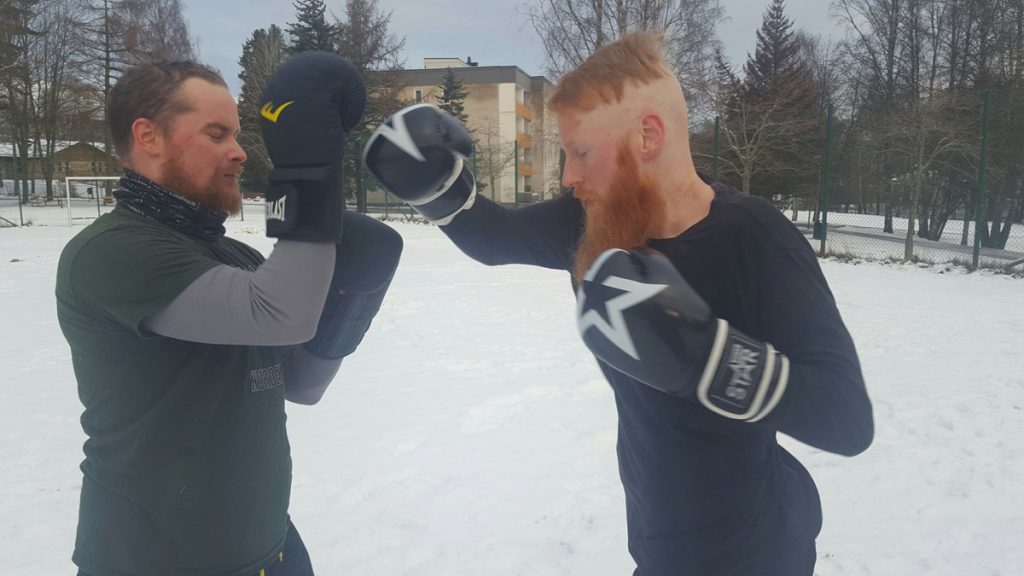 A member from Nest 5 was in Nyhammar/Grangärde to give out 200 leaflets on 9 January. 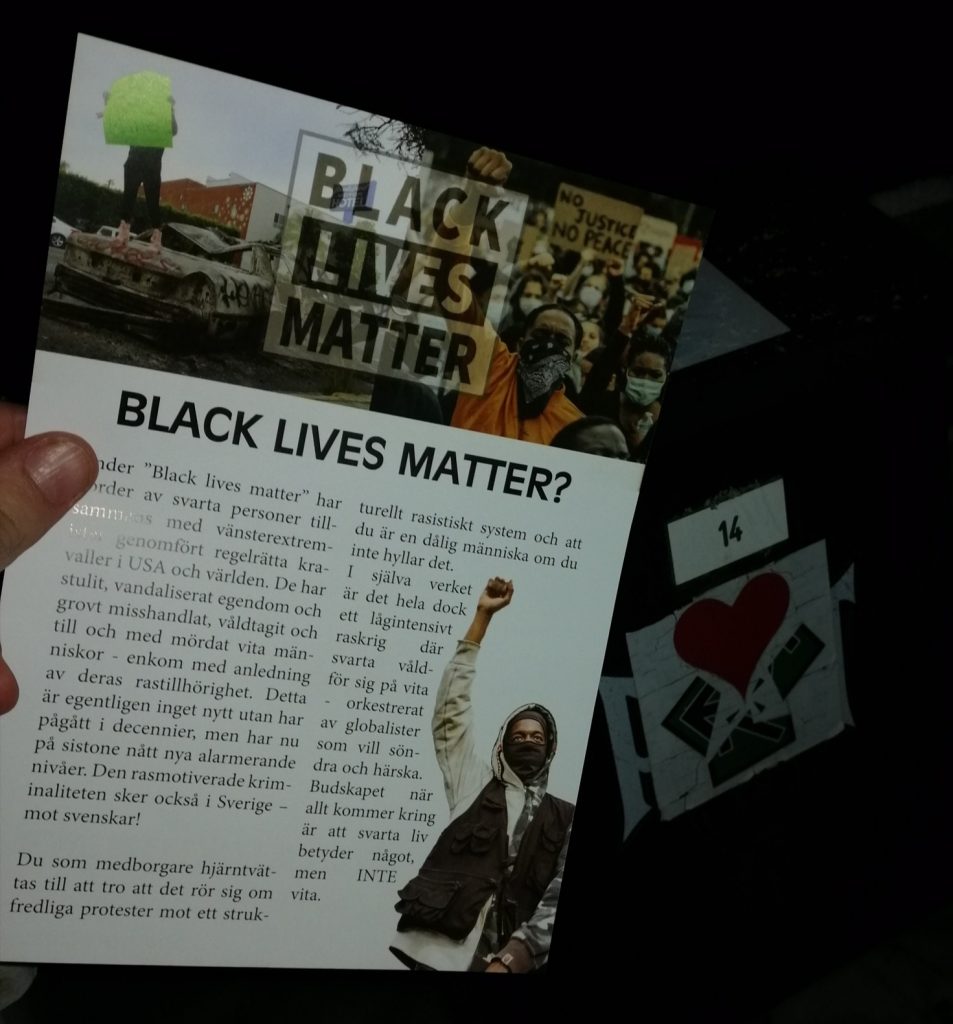 A couple of hundred leaflets were delivered to residents in Vansbro Municipality on Friday morning. 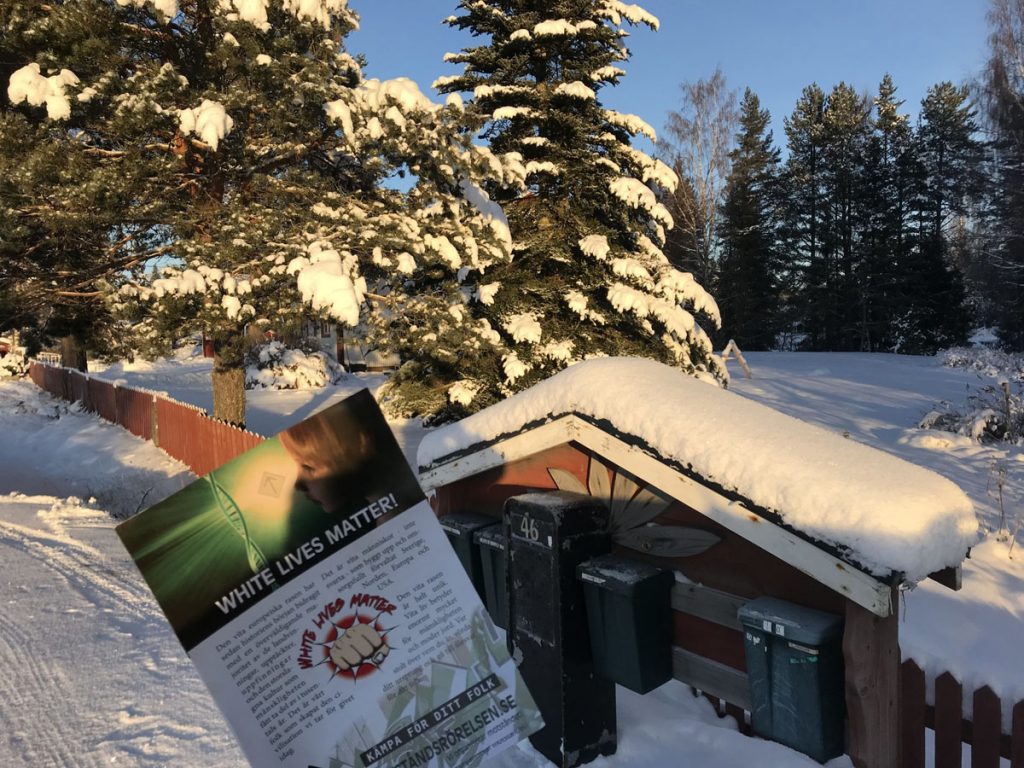 Members from Nest 7 delivered leaflets to households in Vetlanda on the evening of 13 January. 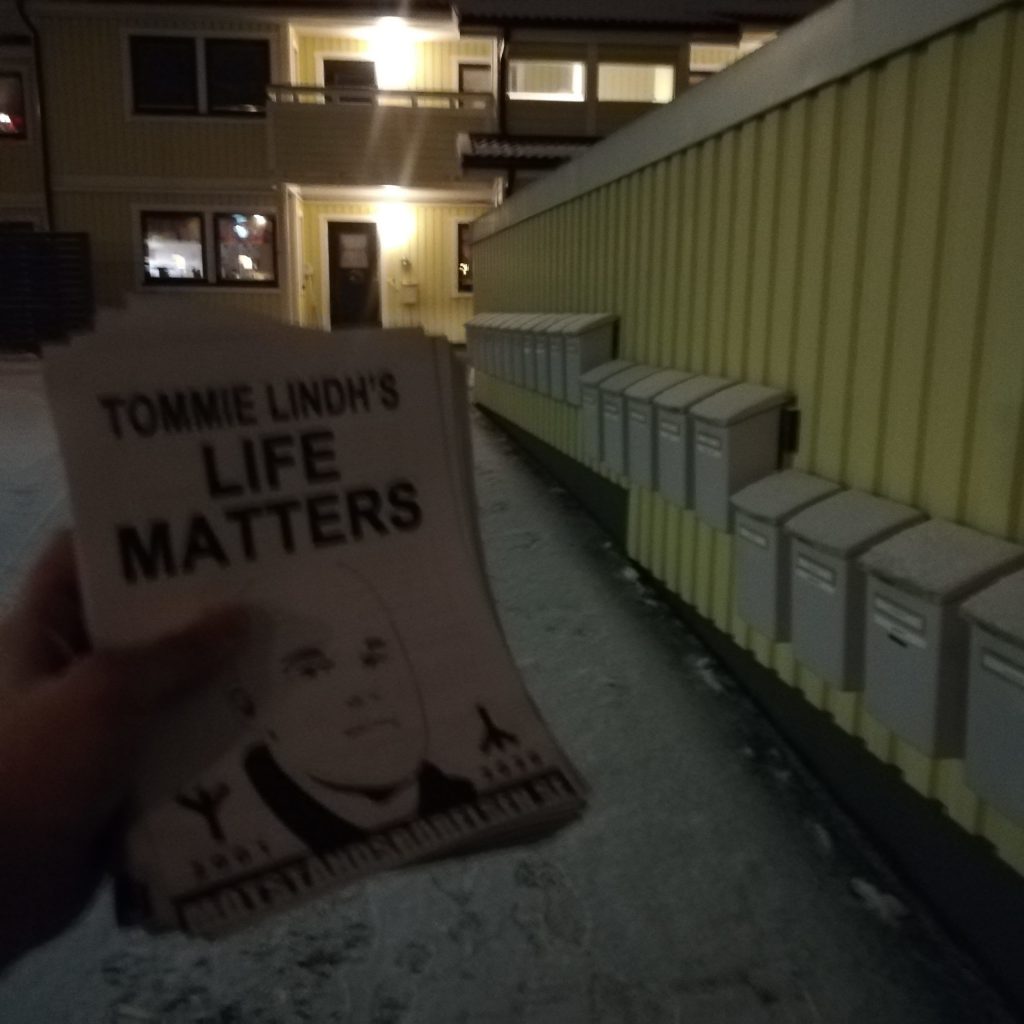 Members delivered a couple of hundred leaflets to households in Tranås on 12 January. 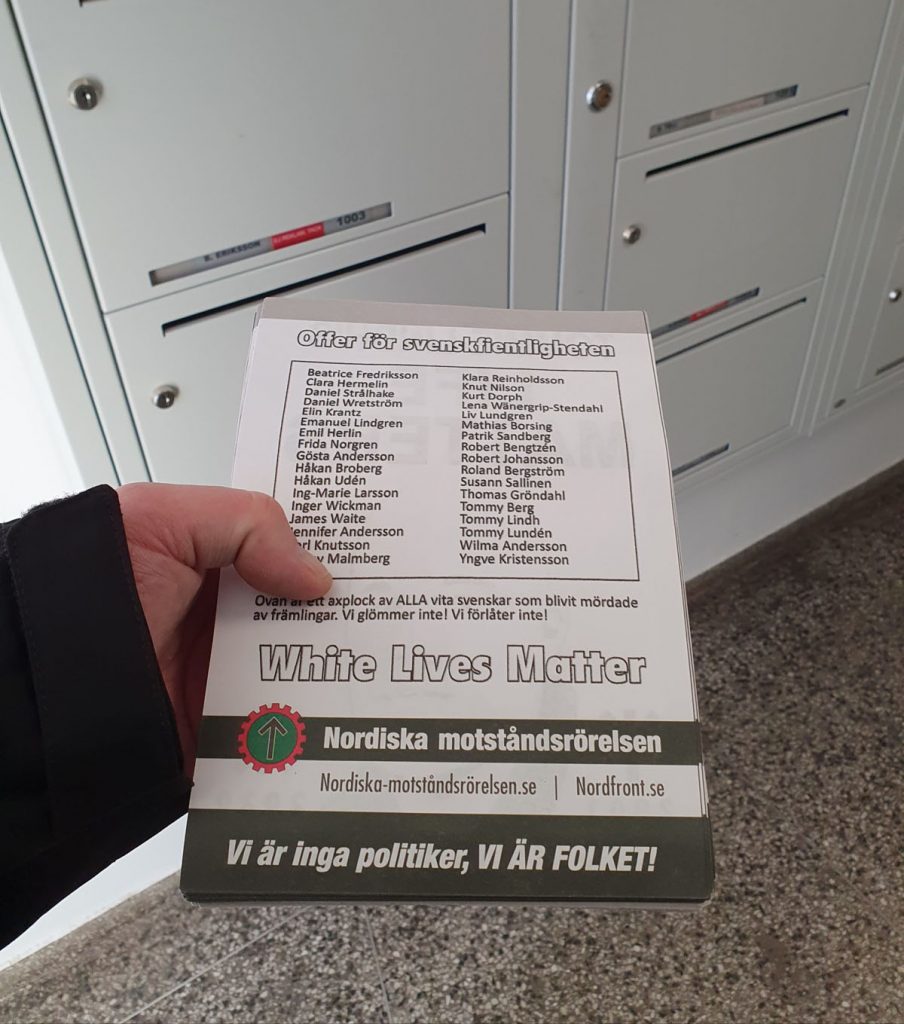 Members delivered a large number of leaflets in the Ängaryd and Hubbarp areas on Saturday, 16 January. The activity went very well. The members were offered coffee at one house, but because the distribution wasn’t yet completed they had to politely decline. 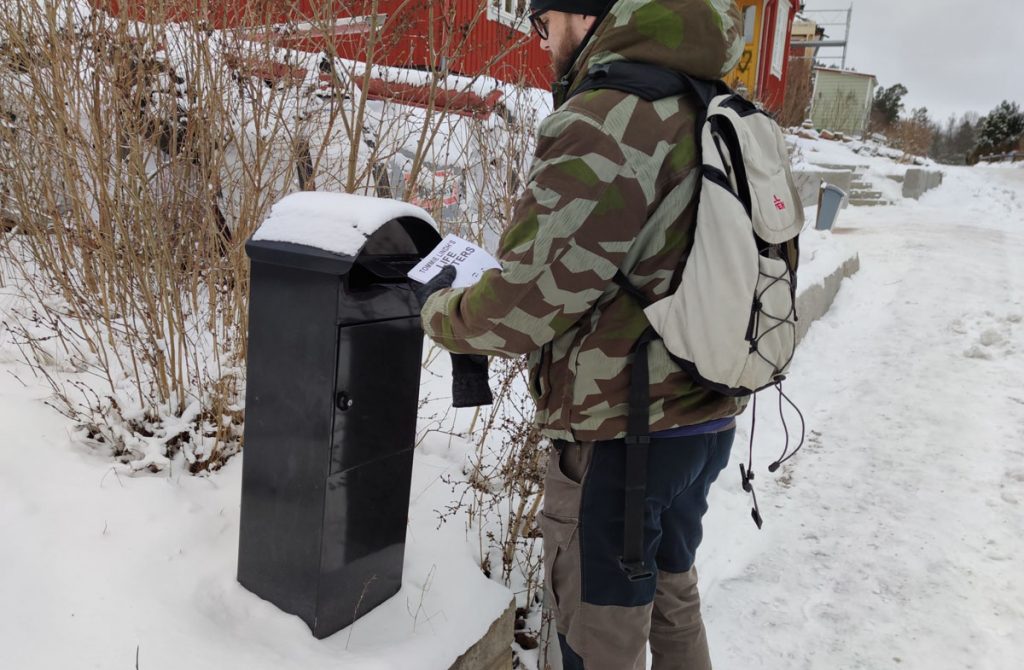 Posters warning about the potential dangers of the Covid-19 vaccine were placed in multiple locations, including Kristiansand, Vennesla, Sarpsborg and Hønefoss.
1 of 23

Forest hike and bonfire in Alvøen

Members from Activist Group 302 took a trip to the forest, where they practised how to build a fire and light it with only a match. Spoiler alert: The results were good.

Activists raised flags on Ejer Bavnehøj and conducted a banner action in Bjerringbro.

Members said goodbye to the controversial year of 2020 with a sticker distribution on the day before New Year’s Eve. The Resistance men walked around the centre of Reykjavík and put up a large number of stickers. Leaflets were also delivered to mailboxes.