ACTIVISM. Activists from the Danish branch of the Nordic Resistance Movement have been conducting an ongoing campaign against the European Union ahead of a referendum on joining the common EU defence policy on 1 June. 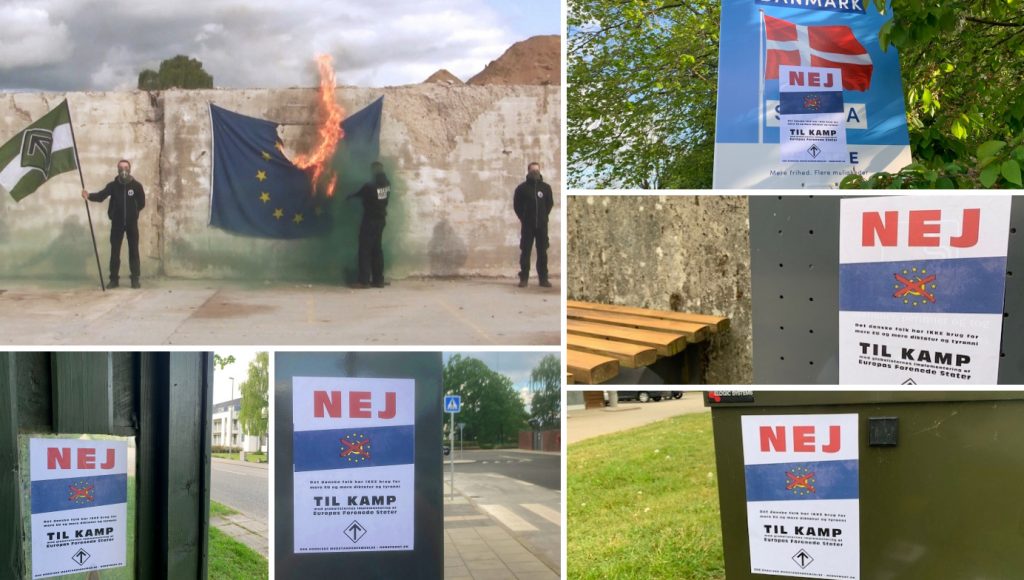 On 1 June 2022, Danes will vote yes or no in a referendum on abolishing Denmark’s opt-out from EU defence policy. If Denmark votes yes, it means the country will join the European defence and security co-operation and become even more intertwined with the EU, resulting in further surrender of sovereignty.

If Denmark votes no, the defence opt-out will remain, and the country will continue to refrain from full participation in the EU’s security and defence co-operation. This will prevent the Danish authorities from participating in joint EU initiatives within the co-operation and spare Danish soldiers from globalist wars led by a new EU army.

The Nordic Resistance Movement has no faith in the sham democracy of the modern world, but we very clearly say NO to more EU and globalist dreams of a United States of Europe!

As such, the Danish branch of the Resistance Movement is holding a nationwide poster campaign ahead of the referendum.

Posters are being put up around the country with the following message:

The Danish people do not need more EU, dictatorship and tyranny. Join the fight against the globalists’ implementation of the United States of Europe!

The campaign also included a symbolic burning of the EU flag in Nest 3:

A selection of photos from the campaign: