IDEOLOGY. The leader of the Nordic Resistance Movement offers some advice to the Nordic men thinking about participating in the war against Russia. 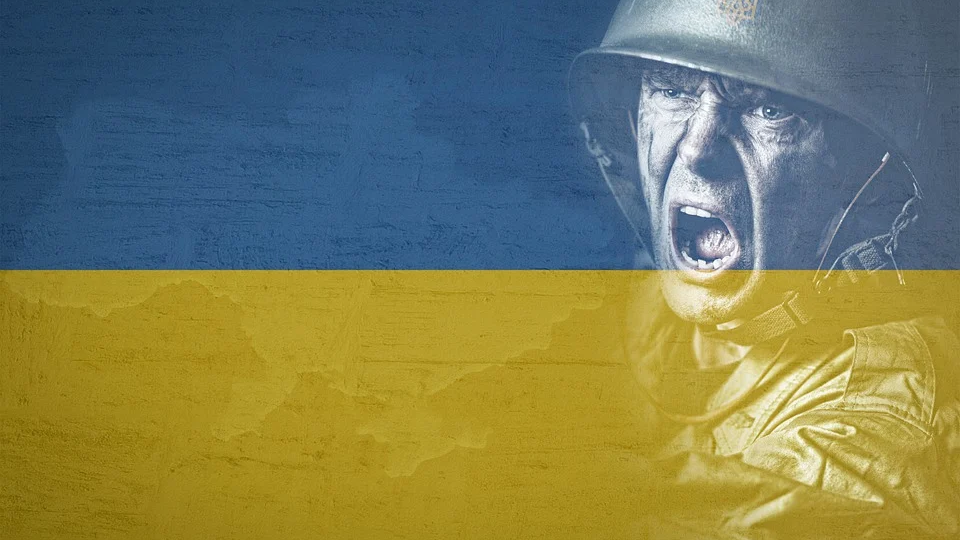 I want to begin by saying that I understand why Nordic hearts are beating at the thought of White kinsfolk dying in a war in our Europe. Altruism is one of the primary racial characteristics of the Nordic peoples – another is courage. Wanting to give your all to protect others is something beautiful – something that shows you are still at least somewhat in touch with your inner self and not completely enslaved by materialism.

In other words, I understand the feelings and instincts behind the desire to travel to Ukraine and participate in the war. However, I have a much harder time understanding those who actually choose to act on this desire and make it a reality, because however much your feelings and instincts may tell you otherwise, the following logical arguments in this article should put a stop to your plans.

Similarly, I fully understand those who occasionally entertain the thought of taking up arms and shooting down folk traitors or racially alien rapists here in Sweden. But I also understand that such people do not act on these desires because logical reasoning stands in the way of their emotions and instincts.

I want every nationalist man in Sweden, Denmark, Norway, Finland and Iceland to get involved on behalf of the Nordic countries and Nordic peoples, instead of going to Ukraine. For the benefit of our own nation.

If you were to put the time, money and self-sacrifice that is required to fight in Ukraine into the struggle here at home instead – the struggle that can really make a difference in the long run – then we would take enormous, indispensable steps forward.

Therefore, I thought I would address some of the motives that may currently be going through your minds.

Although this may sound good, it is unfortunately not possible to make such a choice in this conflict. Even before the war, Ukraine was in the hands of anti-Nazi superpowers in the form of the United States and the EU, and it will hardly become more independent as a result of this war, whichever side wins. If White nationalist forces really had any decisive influence in Ukraine, NATO would have already bombed the country to pieces long before Russia ever would have. This is not a war between good and evil where you can pick sides – it’s one of evil versus evil, where you will fight and bleed for different immense globalist power-spheres, no matter which side you take.

“I want to defend the Ukrainians from Chechen racial aliens/Muslims”

A very noble motive, but the problem still remains that this conflict is not so black and white. If you fight on Ukraine’s side, you will fight side by side with racial aliens and Muslims. You will fire at White ethnic Russians. You might even be forced to witness your Jewish “brethren” in the Ukrainian units fire at Russian National Socialists, and then do the same yourself.

I would also like to share another thought that adds to the complexity of this whole matter. If Ukraine were to win this war, it would most likely result in the country becoming more and more Western, with all that entails in regard to mass immigration and homo lobbyism. Sadly and ironically enough, your efforts may help bring this about, and thus result in the rape of Ukrainian women by Somali immigrants in the future.

Of course we all want to do the right thing, but a lot of big names in nationalism around the world have taken Russia’s side in this conflict, while many others – including us in the Nordic Resistance Movement – have stated that we will remain neutral as we feel that both sides are bad. As such, a lot of nationalists will actually think you’re a bit of an idiot for going there, to put in plainly.

However, there are plenty of others who will appreciate it if you do participate. People like Magdalena Andersson, Joe Biden and George Soros have all taken a clear pro-Ukrainian and anti-Russian stance. Expressen and all the other anti-White media outlets have done so. Antifa and other left-wing extremist groups have done so. The state of Israel and other countries firmly under Zionist control have done so.

“I don’t really care much about the conflict itself. I just want to gain some military experience.”

Knowledge and experience in various matters are rarely bad things in themselves, but in this case we should really ask the question, “At what cost?” Is it worth risking one’s life for the desires of George Soros just to gain this experience? Would it not be better to choose a conflict where there is actually a good side for you to support?

Furthermore, if you have no previous military experience, there are military training camps abroad you can pay for that are also open to nationalists. These will give you a lot more knowledge than you will ever get in Ukraine – plus, you won’t have to risk dying for it.

If you are not yet a member, the Nordic Resistance Movement will not hold it against you at a future recruitment meeting if you have participated in this war as a volunteer; however, we encourage every nationalist to join us and help wage the struggle on the streets instead.

The Nordic Resistance Movement does not forbid any of our members from going to Ukraine, but we would strongly advise everyone with these feelings to stay at home and take part in the important struggle for our own people and for National Socialism.

In conclusion, I would like to make it clear that the Nordic Resistance Movement is not taking a pro-Russian position with this article. We could just as easily pen a similar piece directed at the other side, but for now this particular perspective is the relevant one, since Ukraine – and not Russia – wants civilians from the Nordic countries to join the war.