ACTIVISM. Sweden’s Nest 1 conducted a “Love Your People” banner action with a protracted visit from Stockholm Police on 18 April. 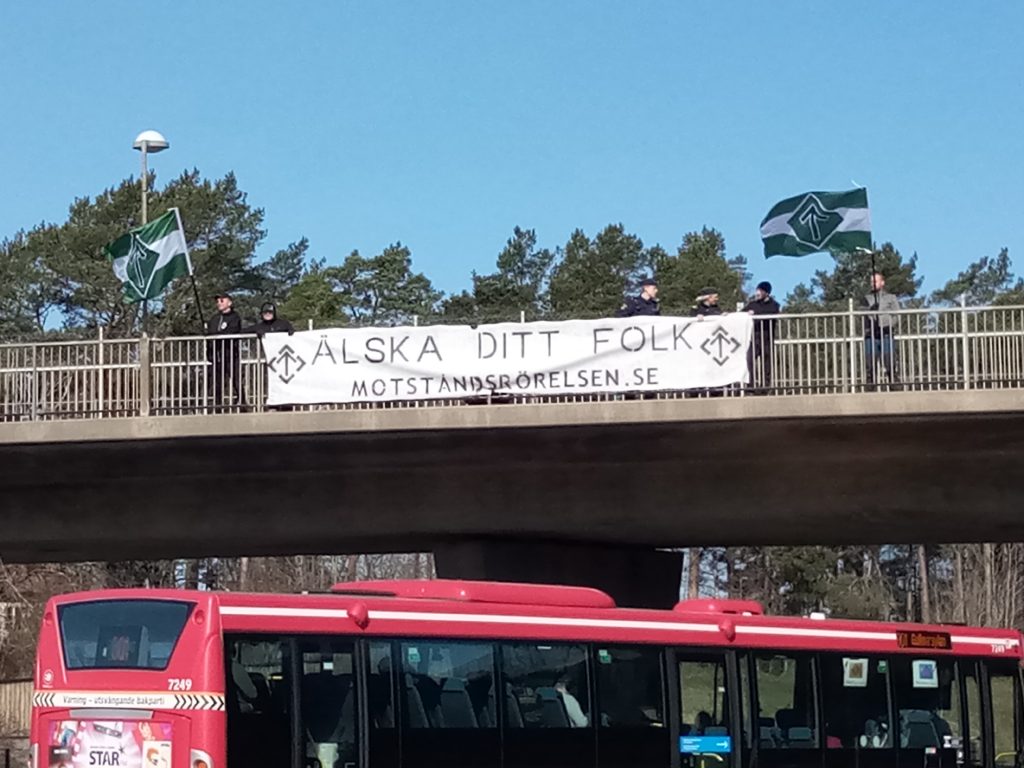 On a sunny Sunday, 18 April, comrades from Sweden’s Nest 1 went to a bridge located near Skogskyrkogården in Stockholm for a banner activity. Before the action had even started, and while the banner and flags were still being unfurled, a police van drove past a nearby bridge. The police noticed the Resistance fighters and started driving directly towards the location where the activity was to be held. Was this a new record speed for police interference?

The comrades positioned themselves with a banner and two flags above the road, much to the delight of many drivers. Meanwhile, the police van rolled slowly in, and out stepped a policeman and a female trainee, who had likely just graduated from police school at Södertörn University. The trainee had apparently already decided that the Resistance fighters had committed a crime by standing there, as she said that the message “Love Your People” on the banner was totally illegal. She claimed that all the participants would be forced to show identification and that the banner would be confiscated.

Next, both police officers stood behind the banner, with the female trainee grabbing hold of it. This must have looked amusing to spectators, as it appeared as if the police were participating in the activity. After not receiving any immediate reaction, or any information from any of the comrades, the trainee and the other officer moved a few metres away and started phoning their superiors for guidance.

After talking extensively into their communication equipment, a police car containing three more of the state’s foot soldiers finally arrived. All of the officers then stood in a group some distance from the comrades and whispered among themselves. The trainee tried to get some important information from one of the Resistance men a few times, but failed once again and moved back to the rest of the officers.

A lot more talking on the radio followed, and soon a third police car turned up with three more obedient lackeys. At this point, there were eight police officers present, the majority of whom were trainees, all watching the legal activity while talking to one another.

When almost an hour had passed since the police first arrived at the scene, the female trainee asked one of the activists what the message on the banner meant. For a police officer in today’s Sweden, “Love Your People” is apparently an extremely complex message that is difficult to comprehend. After a few more pointless questions, the trainee announced that she would file a report of an illegal public gathering, even though she had no idea who the people standing in front of her were.

Time passed, and slowly one police car after another began to depart. After almost an hour and a half, the trainee’s van finally started to back away. This must have been quite disappointing for her, as she didn’t get to see the identification of any of the participants, and the banner remained in the Resistance men’s hands.

Throughout the whole time that the police wasted resources on doing absolutely nothing, there were a lot of cheerful car horn beeps, positive and sometimes forbidden gestures, and encouraging shouts from the motorists below the bridge. The bitter, hateful people were clearly outnumbered today and were only seen a few times. 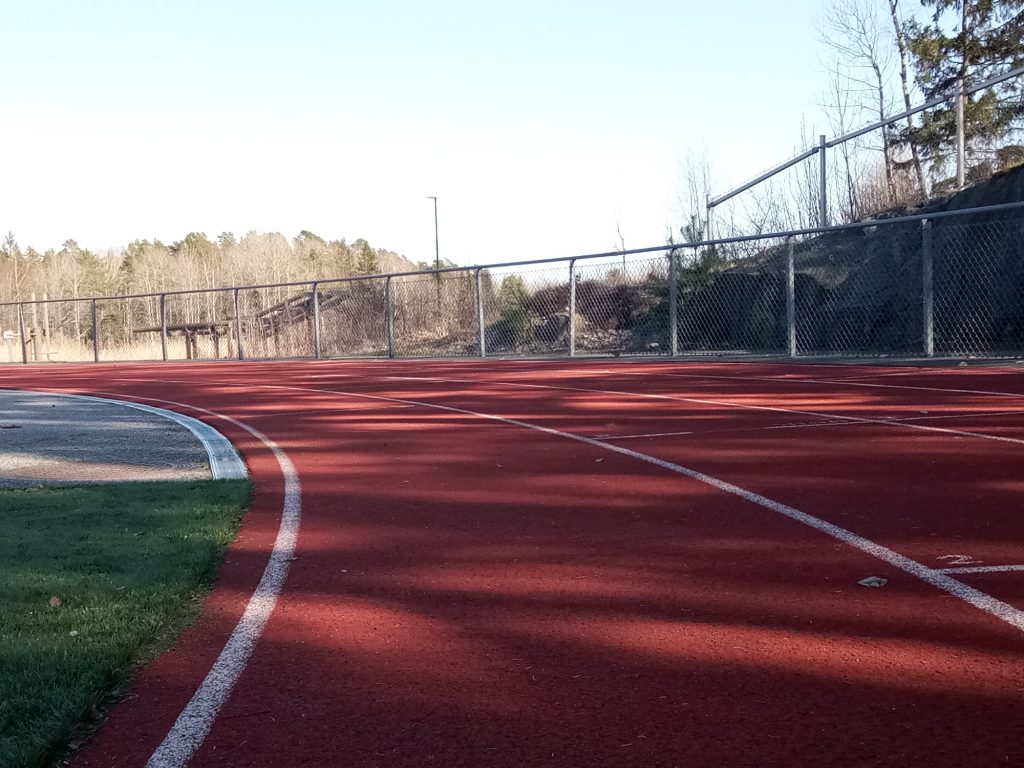 When almost two hours had passed, the comrades decided that the activity could be deemed very successful and returned to their cars. Some headed home, while others moved on to a sports field to train. There was a lot of strength training, and all the exercises on the activist test were undertaken. All the participants performed well, and after two hours in the spring heat, the day’s activism ended and the comrades said their farewells.