ACTIVISM. Another Saturday meant another packed day of National Socialist activism in Småland, with Sweden’s Nest 7 holding a public banner action and their monthly meeting on 6 November. 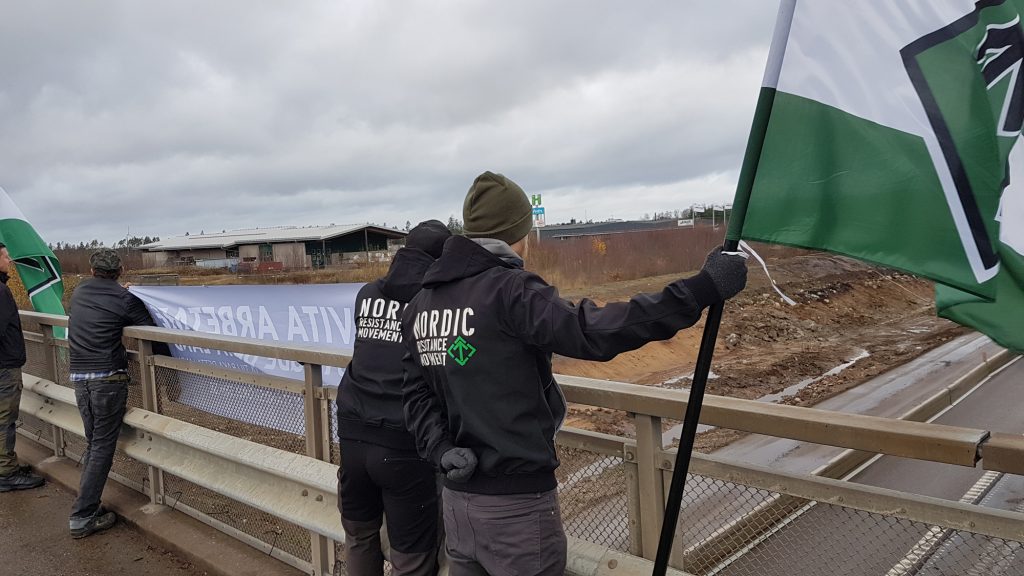 The first item on the agenda was a banner action on the E4 motorway between Värnamo and Ljungby; however, some of the comrades heading to the gathering place were stopped by the police before they had even left Värnamo. The police searched their car and all four people in it, before stealing all their leaflets, stickers, posters and banners. The activists were subsequently informed that they were suspected of planning to commit criminal damage and were questioned about this “crime”. 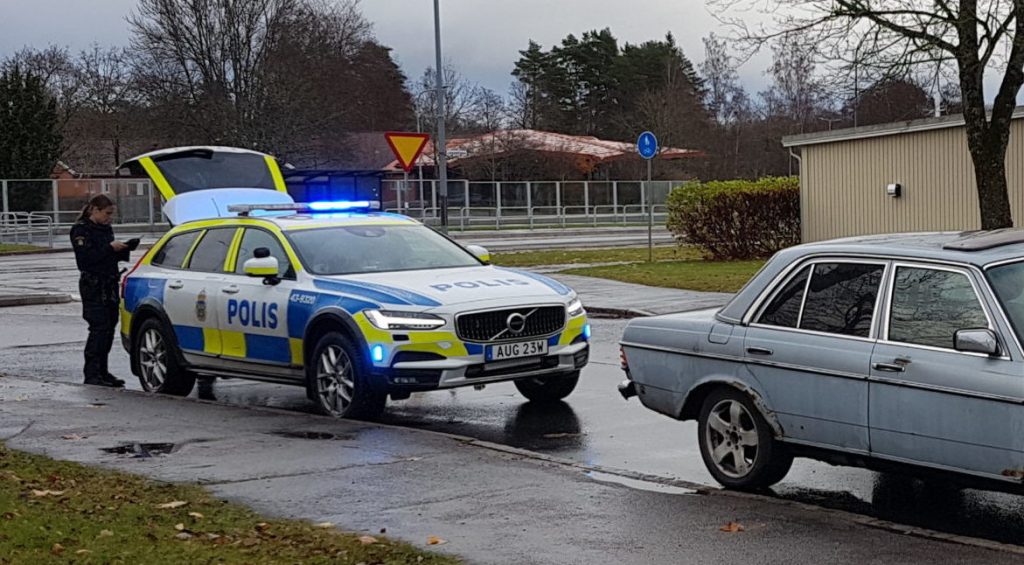 When the police were asked to justify this suspicion, one of them replied that the propaganda material was obviously intended to be put up somewhere, and that this would constitute criminal damage. On Wikipedia, it states: “Criminal damage can result in imprisonment for a maximum of six years. In making an assessment, special consideration must be given to whether the act entailed a particular danger to someone’s life or health. The charge of criminal damage is also applicable if the damage has affected something of great cultural or economic significance, or if the damage is otherwise particularly significant.”

The police were informed that they were suspected of committing criminal stupidity, before the activists continued their journey to the gathering place, without any life-threatening leaflets, stickers, posters or banners. 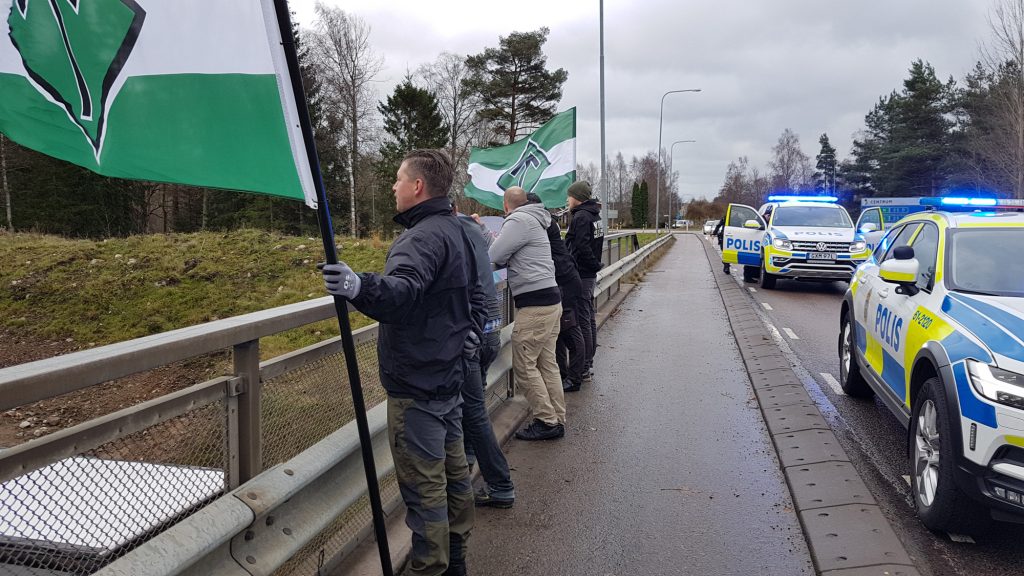 At the gathering place, they met up with more comrades and set up on a bridge above the motorway with a banner and flags. As usual, the reactions from drivers included everything from middle fingers to victory salutes. After standing in place for half an hour, the first police car showed up and stopped behind the activists. Two policewomen came out and wanted to inspect the banner to ensure that no forbidden opinions were being expressed. Then they sat in their car again and awaited reinforcements. 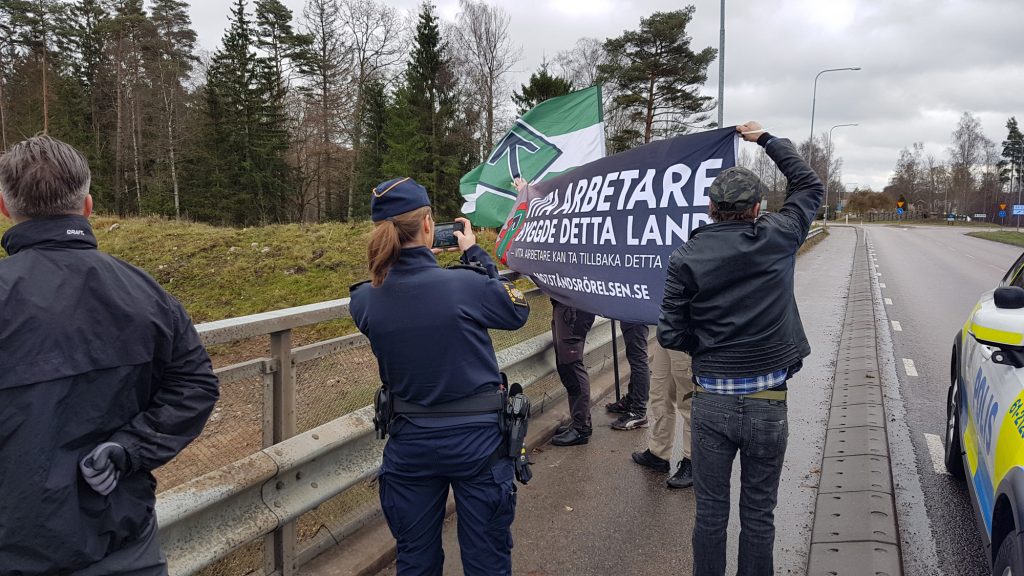 The reinforcements showed up, but remained passive. After a while, the activists concluded the activity at the appointed time. The comrades left the bridge, while the police remained in situ for several minutes, probably awaiting even more reinforcements, as evidenced by another police car that passed by as the comrades walked off.

The next activity for the day was a study circle. The group discussed chapter 6 of Our Path, which focuses on the environment and conservation laws.

After the study circle, the group ate a meal together and talked about the day. The last item was the monthly meeting, where the comrades reviewed the past month and planned activities for the coming months.