Home Ideology Which side are we on in the Ukraine war?

RESISTANCE MOVEMENT. The leader of the Nordic Resistance Movement explains where the organisation stands on this important issue. 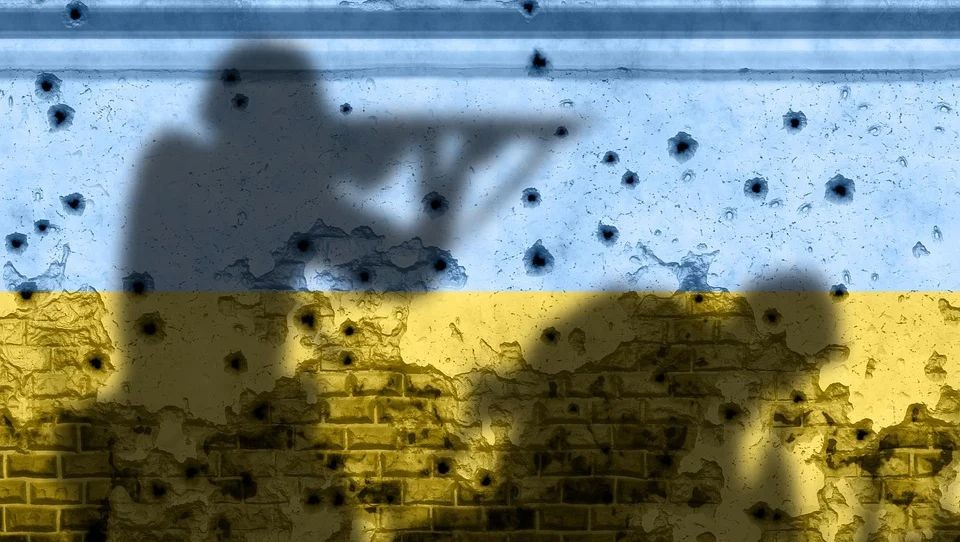 There may be some who think this article is almost a week late and should have been published last week. During the early stages of the Ukraine war, I initially believed it was not that important for the Nordic Resistance Movement to have an official opinion on the matter, and that the conflict was not affecting us and our struggle on the streets of the Nordic countries to a great extent at the time. Furthermore, others had already written and spoken about the war from various perspectives, both on nordicresistancemovement.org and the independent National Socialist news site Nordfront. As such, I simply did not view it as a priority to write the article you are now reading.

But naturally I understand there are other reasons that make the conflict of interest to us here and now, and that it could lead to consequences that may be decisive for us in the long term.

A lot of people have discussed our position on this issue and wondered where we stand. Strangely, some seem to have interpreted Robert Eklund’s excellent article or Nest 1’s action last weekend as proof that we are loyal to the globalists in the West and are therefore officially against Putin and Russia. Meanwhile, a number of our representatives have made comments that could be interpreted as having the inverse meaning, and some of our members have shared images of Russian flags on social media.

So where does the truth lie? Does the Nordic Resistance Movement side with Russia or Ukraine in the war?

In order to be able to answer this question in any way, it must initially be stated that it is extremely important to understand that the question is far from black and white or totally self-evident, and that it can be seen from many different perspectives.

On a purely emotional level, it is clearly not strange at all to feel sympathy for Ukraine and the Ukrainian population – on the contrary. Regardless of how decisive NATO’s provocations were in prompting Russia to initiate the war – which makes the question of guilt debatable, to say the least – it is clear that the Ukrainian people do not deserve to have their nation bombed into the ground. Ukraine is caught in a power struggle between empires, and however guilty Ukraine’s Jewish leader may be, no blame can be attributed to the working White Ukrainian people – those who now bleed and die on Ukrainian soil together with Russian enemy soldiers.

If you overlook the sphere of influence lurking behind Ukraine in the form of NATO, Israel and the Western world, it is obvious that Ukraine is a very small player in comparison to the gigantic superpower of Russia, and here, too, it is logical to sympathise with Ukraine. The Nordic Resistance Movement always directs its blows upwards; and considering the way the world looks today, it is incredibly unusual for us not to take the underdog’s side in any kind of power struggle.

Furthermore, it is not strange for a National Socialist to feel concerned when Putin states that one of the official reasons for Russia going to war is to “de-Nazify” Ukraine. Although this does not have exactly the same meaning as it would if Benjamin Netanyahu, Joe Biden or Magdalena Andersson were talking about smashing Nazism, it is still a statement that leaves a bitter taste in the mouth of nationalists, and instinctively leads to reduced faith in Putin and increased sympathy for Ukraine.

Meanwhile, the entire establishment in the Western world is attacking Russia in unison. The propaganda machine is in full swing in an effort to make the whole world hate Putin and take Ukraine’s side in the war. The same propaganda machine that wants nothing more than you as a White person to stop having children and instead focus on your career, race-mix or become homosexual. What this establishment wants you to think is often a very good indicator of what you should absolutely not think, and by this measure, Russia appears to be the side to support 100%.

From a global geopolitical perspective, if we theorise from the unlikely idea that this conflict will lead to a third world war, then all pro-Zionist liberal monster-nations like Great Britain, France, Germany, the United States and, of course, Israel itself would side with Ukraine, while more traditional and sovereign anti-Zionist forces would likely stand behind Russia. Mark my words when I say that the Nordic Resistance Movement will NEVER stand on the same side as Israel or the Zionist entity that the USA represents today – whatever the issue or conflict may be!

If we look at the situation from a revolutionary point of view, it is also natural to support Russia. By challenging the USA and the Western world, one acts against the status quo – the present situation that must be destroyed in order for any true changes to take place, and for us National Socialists to be able to make real progress. The more the current ruling powers are challenged, and the harder the world economy is combated, the greater the chance for widespread disruption, which is a necessity for the Nordic revolution to become fact. Please note that I do not mean the coming changes will necessarily be better for us; however, in the dramatic situation in which we find ourselves, we must see hope in every potential radical change that arises within the global environment.

Having presented these arguments, the reader probably believes that our sympathies lie mostly with Russia. As a counterpoint to this, I want to make it very clear that we do not see Putin as a good or decent person. The Russia of 2022 is by no means a nationalist-minded country. Putin is pro-Jewish, and Russia is a multiethnic and culturally mixed land. The National Socialists who operate within Russian borders are forced to endure severe repression from the state – much worse than we are faced with in Sweden and the Nordic countries. As such, the Nordic Resistance Movement would be far from satisfied if Sweden resembled Russia (even if that would make it better in some aspects).

Rather, the conclusion is that none of the conflicting sides are worth our official support. As a Nordic National Socialist, neither side is worth fighting and dying for. We will never stand behind Putin or Biden, or any of the puppets of big finance. This is also the conclusion Marcus Hansson drew in his fantastic article on Nordfront recently. Instead, we always stand on the side of the people – primarily our own Nordic people, but, by extension, all White people on the planet.

It is not Russians, Ukrainians or the Nordic people who benefit from bombs falling over Europe and from White people dying from one another’s bullets. No, those who desire conflict and directly benefit from war are instead, as always, the cosmopolitans who sell weapons to both sides and have enough influence and capital to become even richer and more powerful, regardless of which side stands victorious when peace returns. It is on the opposite side of these globalist and/or Zionist supervillains that we position ourselves. It is there that we have our eternal front!

But, if we had already been in a position of power in the Nordic lands, would we not have been forced to take a more pronounced stance than I have done (or have not done) in this article? No, not in the current situation, anyway. If the Nordic Resistance Movement had been in power, our Armed Forces would never have been dismantled – instead, we would have had a strong military force ready to defend the Nordic people and the Nordic territory to their last drop of blood. Thus we would not have needed to sign any agreement with NATO. We would not have had to fear any Russian expansion. And we could have manned our own cannons instead of relinquishing them to foreign powers.