ACTIVISM. Comrades from Nest 2 gathered to spend a day engaged in public activism in western Sweden on 31 October. 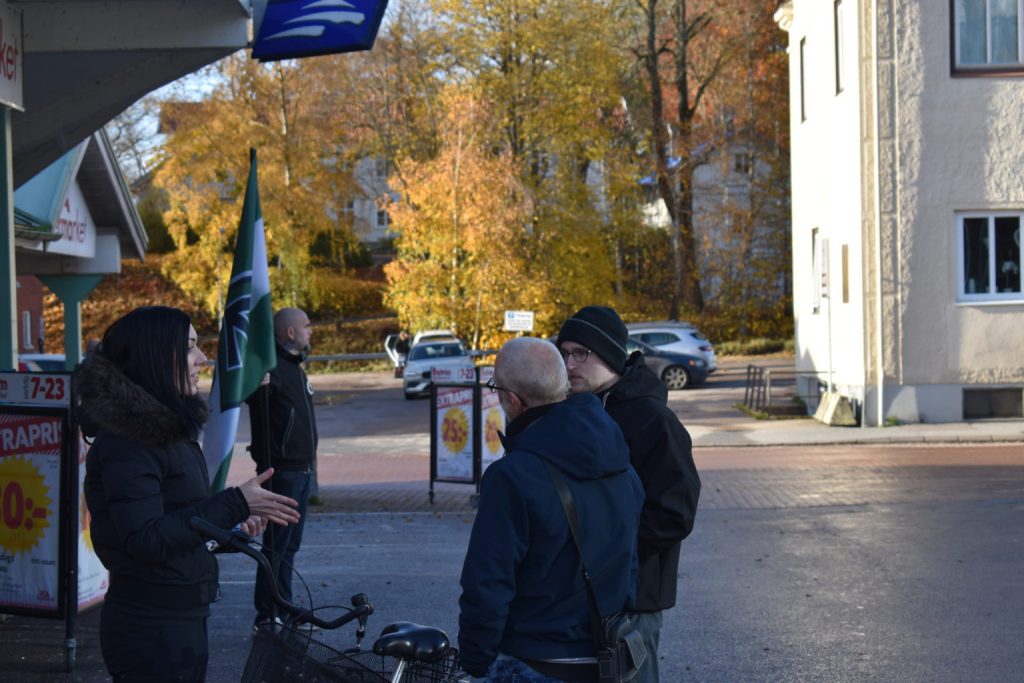 This time it was Lilla Edet’s turn to receive the Nordic Resistance Movement’s National Socialist message. In a location where shopping hysteria, anxiety and stress are the norm, the activists’ visit served as a break from the everyday. Locals looked up from their phones and were met by proud National Socialists with their flag waving in the wind. An atmosphere of pacifism and hopelessness was brightened by the Resistance Movement’s presence, which radiated strength and a will for real change. 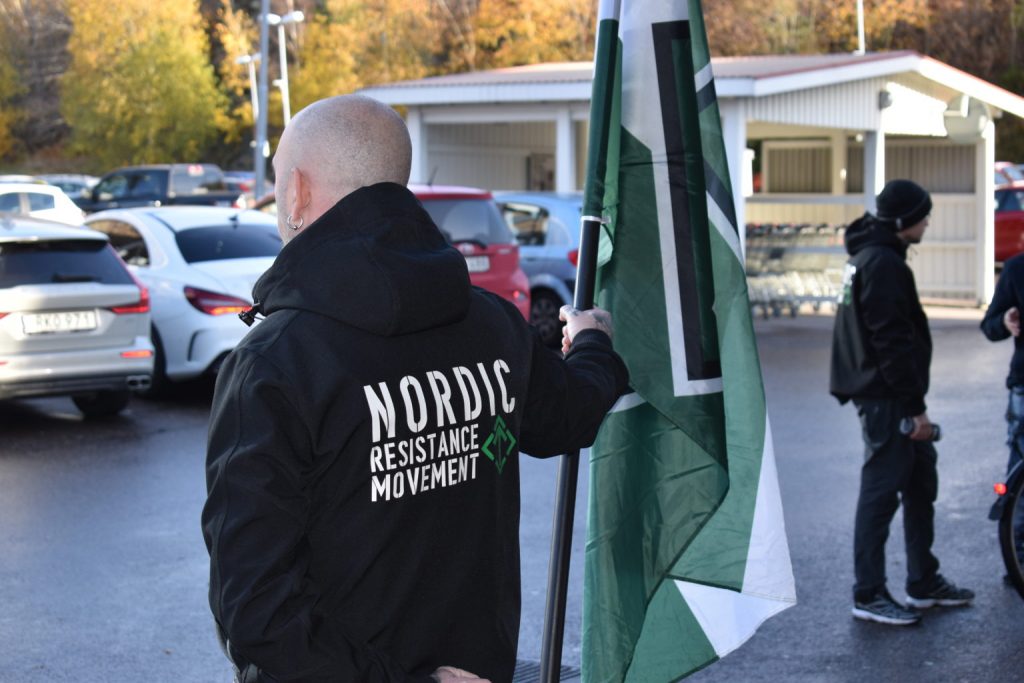 During the course of the activity, many fruitful discussions took place with passers-by, who cheerfully enquired about our politics and why we were there.

Everyone who talked with the activists praised the open dialogue, with everything under the sun being up for discussion. Several people gave the activists a pat on the back and commended them for their self-sacrificing work in the Resistance Movement and for their struggle for Sweden and the Swedish people. 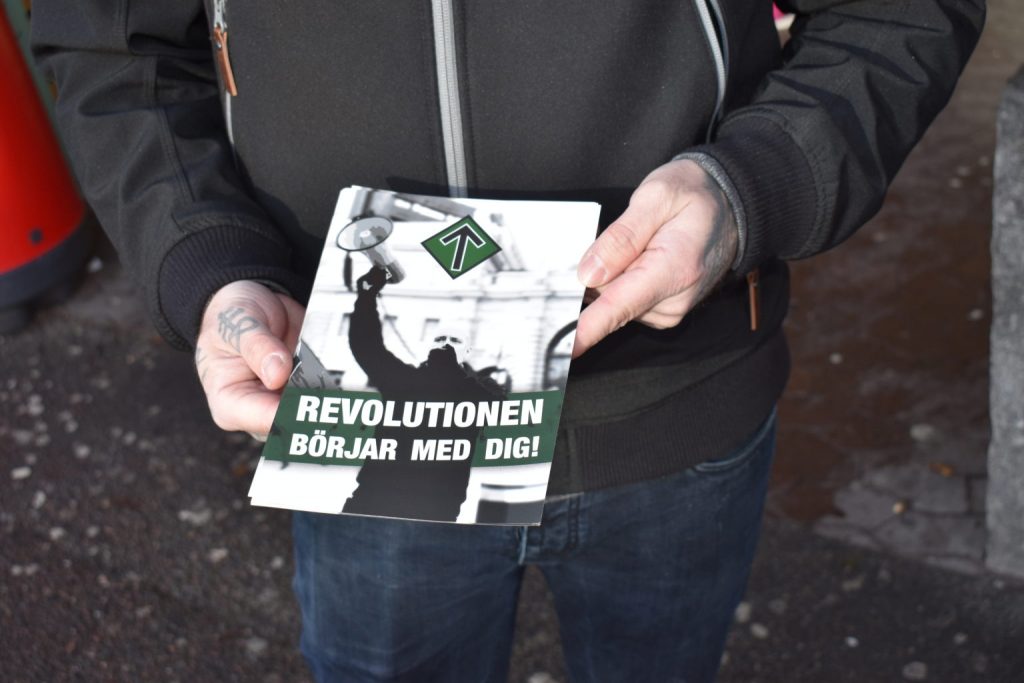 The activity was highly successful and gave the population of Lilla Edet the opportunity to talk about National Socialism with representatives from the organisation.