TOMMIE LINDH. Robert Eklund comments on the murder of Tommie Lindh and the reaction by the media. 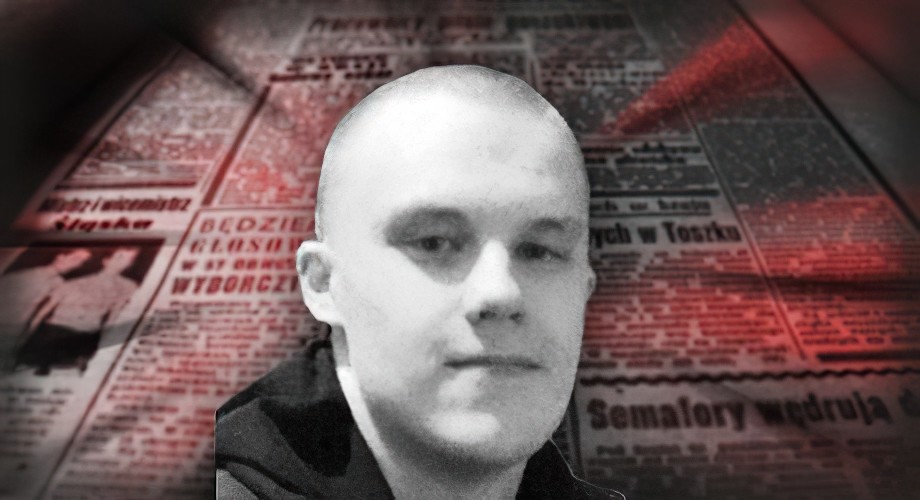 In the early morning of the 10th of May, a young nationalist Swedish man was robbed of his life in a student apartment in the small Norrland town of Härnösand. The motive for the bestial act was that the perpetrator, Abubaker Mohamad, intended to rape a young woman in the apartment. Mohamad had made advances towards the woman earlier in the evening that had been rejected, and the young man had confronted him about it. In order to vent his sick desires, there was only one solution for the racial stranger: to stab the young man. The injuries caused by the attack were so severe that he died the next day. His name is Tommie Lindh.

The weekend after the murder of Tommie and the rape of the young woman, a memorial gathering was held in Härnösand. It was attended by friends of the deceased together with other nationalists, including the Nordic Resistance Movement. The manifestation was able to go ahead despite the authorities’ best efforts to make things difficult for those organising it. The event concluded with the laying of a wreath at the scene of the murder. 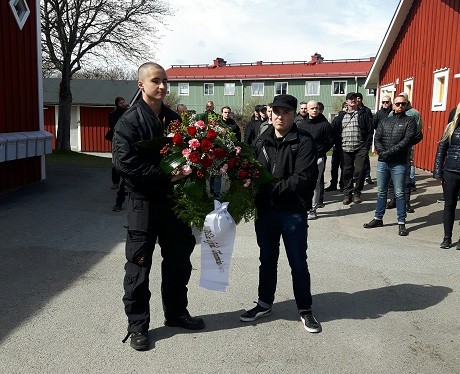 This is a short summary of what took place over those two weeks. A more detailed account of events is available in Swedish on Nordfront.se.

What has disgusted me almost as much as the murder of a young nationalist man is how the Swedish media establishment has acted and reacted after the events. In progressive, feminist Sweden, one might think that a young man who tries to stop an attack on a woman and pays with his life would be praised as the hero of the century, but not in this case.

Apart from coverage in the alternative and local media, the crime initially received very little attention. In the days following the murder, the local media wrote an article in which they implied that the killing was some kind of dispute between criminals:

Both the deceased man, a student at Härnösand College, and the suspected perpetrator were previously known to the judicial system.

Descriptions like these are usually written in relation to shootouts between criminal gangs. I have seldom, if ever, read this kind of victim defamation in relation to a crime that has nothing to do with the victim’s supposed criminality.

The media’s coverage really blew up after the memorial gathering took place. They also changed their main focus from writing about the murder to using all possible means to discredit the people who arranged and participated in the memorial. SVT Västernorrland spoke with the Social Democrat county governor Berit Högman, who criticised the fact that the participants had the nerve to stand on the steps of the county governor’s official residence while holding a speech. She didn’t say a single word as to why they stood on the steps. It was more important for her to signal her disassociation from those who care for the Swedish people and nation. This course of action is nothing new or unique for today’s social democracy. They gladly sacrifice young Swedes (especially those whose opinions they despise) for their agenda.

The media also demanded answers from the police authorities as to how they had the audacity to allow the “illegal demonstration” to occur. Here the police did the right thing and informed them of how the law is actually written, stating that although a public gathering lacks permission, it’s just as lawful as one that has been granted permission.

The next target for the gutter press was no less than Tommie’s grieving parents. Fredrik Israelsson and Clara Törner, reporting for our taxpayer-funded state television, contacted Tommie’s grieving father and pressured him to denounce the people who organised the memorial gathering. They also asked if his son was a “Nazi”, which the father denied. But what parent, grieving or not, would ever tell a journalist in today’s Sweden that their child is/was a “Nazi”? The question is so loaded that I doubt whether even my own parents would have said yes to it. What these two reporters did constitutes one of worst low points for so-called journalism in Sweden in recent decades. And to make matters even worse, these “journalists” are paid by you and me via our tax money.

Despite media attempts to disparage and slander Tommie and his actions, there has been widespread support for him, both domestically and internationally. Across all of Europe, activism has taken place honouring Tommie Lindh. What the media rats did next was to contact the prosecutor in the case in an attempt to quash the public anger that had arisen. The prosecutor, Stina Sjöqvist, then told the journalists that Tommie technically didn’t die while stopping a rape that was in progress. Of course this made big headlines in the media, who gladly proclaimed that the “Nazis” were completely wrong. As to what exactly happened in that apartment in Volontären 14, I think it’s safe to say that we have at least as good of an understanding of the sequence of events as the prosecutor. The fact is that Tommie’s death was a prerequisite for the rape being able to take place.

His name is Tommie Lindh.