RESISTANCE MOVEMENT. On Saturday 9th November, there was a large social gathering for Resistance Movement members, families and sympathisers in Borås, Västra Götaland County. The main purpose of the meeting was to celebrate the success the Movement has recently had in the local Sjuhärad region. The struggle is flourishing in the area, and membership numbers are growing at such a rate that a celebration was in order. 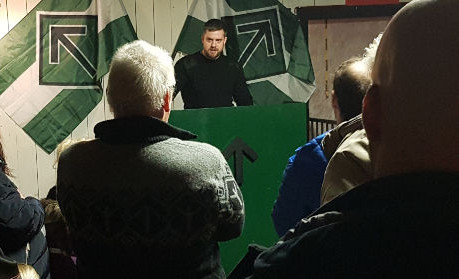 The activity began with the host thanking everyone for coming, before introducing the first speaker of the day. The speaker informed attendees about the history of the struggle in Sjuhärad and exhibited various innovations that will advance the resistance and generate support for everyone involved.

This was followed by a speech by the group’s martial arts trainer, who explained why it’s important for us to exercise. He said: “It’s important for everyone to exercise for health reasons, but it’s more important for us. The future rests on our shoulders. We must be the strongest and be able to defend ourselves. Martial arts are the perfect exercise. You exert your entire body and become stronger, you learn attack and defence, and it’s often a lot of fun too.”

After the speech, there was time to mingle. Everyone had a smile on their face as they socialised and had a good time. Food and coffee were served, and books and other items were available to buy. Several sympathisers signed up to be support members, and money was donated to the struggle. 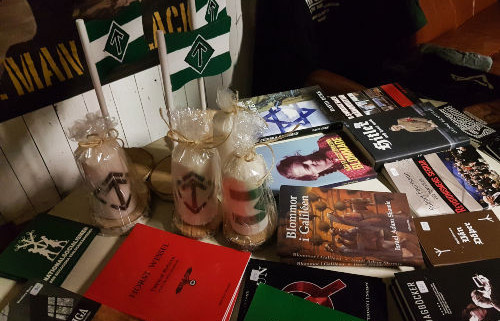 This was an historic and very successful gathering for the Resistance Movement in Borås. Before the activity ended, a final speech was held that inspired the fighting spirit in everyone present. One memorable quote was: “It isn’t difficult to create change. A well-placed sticker at a well-chosen time in a well-chosen location can cause enormous vibrations in this fragile society. With enough vibrations from us all, society will soon collapse, and it is out of these ruins that we will build our future.” 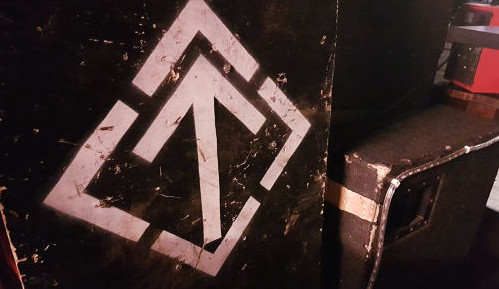 After the celebration, the comrades went directly from talk to action, with no fewer than three activities taking place during the remainder of the week. This included activism against a performance by homosexual celebrity and activist Rickard Söderberg, who has previously collaborated with one of Sweden’s worst paedophiles.