APPEAL. On 18th February the house of Nest 3 chief Freddy Nerman burned to the ground in a suspected arson attack. We are asking all comrades to come together and support Freddy financially. 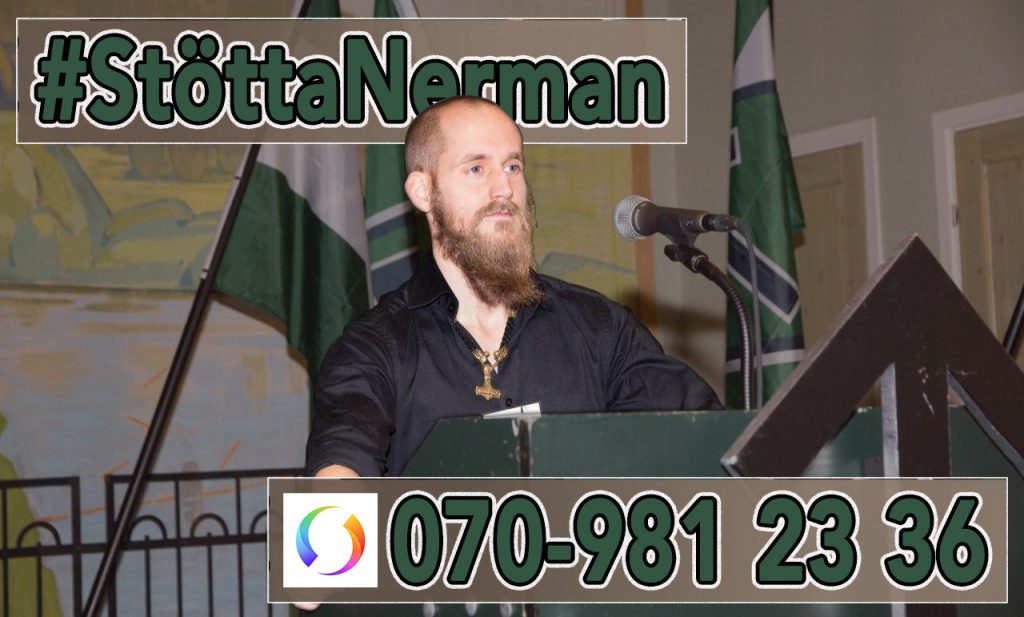 In the early hours of Tuesday night, Freddy Nerman’s house outside Hallabro, Blekinge County, burned to the ground. The incident occurred just days after two local media outlets irresponsibly reported on Nerman becoming the new owner of the house. The police are investigating the incident as arson. Luckily neither Freddy or his partner was at home on the night of the fire.

Freddy told Nordfront: “I had just paid for internet to be installed at the house but hadn’t got it working yet. I had bills and Movement work that needed sorting, so I drove to Ystad, where I had access to functioning internet. After the work was done, I slept over there.”

As the incident is still under investigation, nothing can be stated with absolute certainty, but all signs point to it being a politically motivated act. This has also been the focus in the local media’s disgraceful reporting on the case.

In the articles, Nerman is systematically called a “Nazi leader”. One newspaper, Blekinge Läns Tidning (BLT), went as far as to allow Morgan Finnsiö from Expo make the mendacious claim that the incident could have been carried out against Freddy by his own organisation. The same paper also let the “researcher” Christer Mattsson misrepresent Freddy’s private house purchase as the procurement of a “Nazi” meeting place.

Furthermore BLT have attempted – without any proof whatsoever – to connect Freddy to an activity in Scania, in which unknown individuals hung up dolls in nooses outside various town halls. Presumably the newspaper made this connection to retroactively justify the suspected arson as a kind of “act of revenge”. All this while BLT themselves – if we assume this was a politically motivated act – can be regarded as sharing the blame for the matter, as the newspaper made it public knowledge that Freddy had bought the house just two days before the fire.

“The media’s reporting was disastrous, as usual,” Freddy said. “The newspapers tried to create the impression that it was an organisational venue, even though it was my house with all my personal belongings and furniture. They also absurdly speculated that our own organisation could be responsible for all this. Accusing me of being a criminal after something like this is just the icing on the cake.”

Those who know Freddy know that he is a thick-skinned idealist who won’t be stopped by incidents like these. But despite Freddy’s attitude and the lucky fact that the house was insured, he is still temporarily without a place to live, and the compensation he will get later on will not cover everything he lost in the fire.

Naturally the problem of being homeless has been temporarily solved by the provision of lodgings at comrades’ houses. As such all that remains is the economic setback that is caused by the loss of a house, possessions and a lot of cash.

“I live very simply, and the struggle goes on. But of course it causes problems when almost everything you own is gone,” Freddy says.

The Nordic Resistance Movement’s national leadership has persuaded Freddy – against his initial wishes – to accept economic help. The Resistance Movement would therefore like to urge all good nationalists in Sweden and around the world to support Freddy.

People like Freddy, who lead the way for our cause, should not need to bear the burden of adversities like this on their own. Nationalist solidarity should be so strong that those who our enemies attempt to destroy instead come out of every situation stronger. Repression only works when solidarity is absent.

If you live outside of Sweden and would like to support Freddy, you can make a donation to him via bank transfer with the below details.

UPDATE: Freddy’s bank Sparbanken Syd has closed his account, so he currently cannot accept bank transfers. If you would like to support him, please send a cash donation to the below address along with a note stating that the donation is for Freddy Nerman. Thank you. 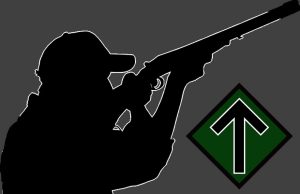