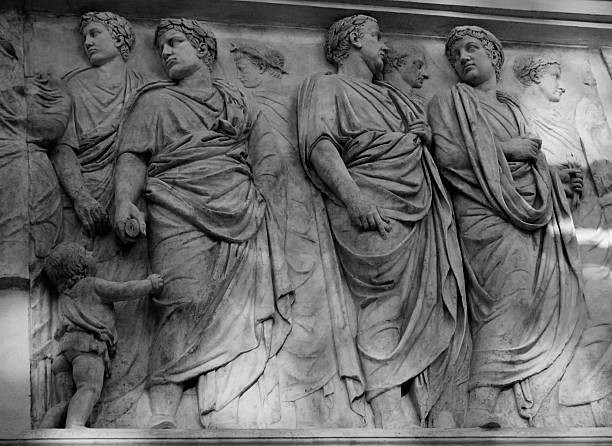 In my article on the National Socialist rule of law, I explored some of the areas describing how the new state the Nordic Resistance Movement wishes to build differs fundamentally from the current state. This article complements the former by expanding on this topic.

The Swedish state in its current guise is both illegitimate and corrupt. It is a state that murders its own people through mass immigration, and a state that sells out its people’s shared resources to foreign profiteers.

The Nordic Resistance Movement does not desire a state that merely fulfils the function of an upholder of order and guardian of important infrastructure, and we do not want a state filled with narrow-minded bureaucrats. Our vision of the state is something else entirely.

The principles of leadership and responsibility

The National Socialist state is an authoritarian state with a strong popular influence. Its only task is to serve the people, to look after their common interests – and not the other way around, like today, when the people exist to serve the state.

The politicians that constitute the current state are nothing but criminal parasites who exploit their own people for personal gain – for power, status and money. They are people without honour or morals, people who would not hesitate to sell their own mothers if it benefited them.

A modern politician’s career is built on lies and betrayal. In fact, this is the very precondition for even being able to become a successful politician today – the ability to pull the wool over people’s eyes effectively. Honesty, competence, will and a strong loyalty to the people are completely irrelevant. Such a statesman or parliamentarian would not last long in the political arena.

In a so-called “democratic” state, irresponsibility and anarchy are coded into the system. Neither parliament nor the government is held accountable for its actions. Corrupt and incompetent politicians quarrel among themselves over power, and turn the people against one another with false promises about various reforms that will never come to pass.

Conversely, a National Socialist state is characterised by a robust government with strong leaders who take full responsibility for the consequences of their decisions.

The leaders of the National Socialist state are therefore elected according to their self-sacrifice, their ability to take responsibility, and their proven competence. The “politicians” in an NS state stand in sharp contrast to today’s politicians. It isn’t possible to make a “career” from being a politician in a National Socialist society, because it would be punishable under laws of treason to sell one’s own people and their resources for one’s own gain via lies and betrayal.

A National Socialist state also entails having the power to make important decisions quickly, without bureaucratic obstacles, when the situation demands it. The “democratic” process is very slow and therefore inefficient. Decisions that could be made almost immediately can take several years before they are implemented. Proposed bills must be processed by every possible authority and committee before they can be enforced.

If a company, for example, were to be managed in this way, it would soon fall apart and go bankrupt. It goes without saying that a state apparatus, which in practice can actually be regarded as one gigantic company, cannot be governed in this way either.

The political leaders in a National Socialist state therefore have extensive powers to make decisions. But with this increased power also comes a far greater responsibility. Every political leader is held personally responsible for his actions.

It must be possible for the political leaders to be removed from office and even prosecuted if necessary. Here the People’s Court fulfils an extremely important function in preventing the abuse of power.

It is the task of the People’s Court to adjudicate in cases of high treason and treason to the people and country, and thereby ensure that the National Socialist constitution is upheld. The constitution becomes the framework to which every political leader must adhere in his role as a decision-maker. Every political decision must be in accordance with the fundamental laws of the constitution.

Policy-making referenda on multiple issues that affect the people in their daily lives – and a popularly elected parliament with considerable power – are also of the utmost importance in order to combat corruption and guarantee a strong popular influence.

The National Socialist state is a People’s State – a state composed of the people. Its leaders and representatives arise from the great masses and not from a small, self-appointed wealthy elite, whose ambitions are to make themselves even richer at the people’s expense.

In the People’s State, it’s possible for even the poorest person to reach the highest position of responsibility in the state if he merely possesses the right qualities; if he just proves that he is a man of action who is responsible, competent and prepared to sacrifice everything for his people’s well-being.

It is also possible for all citizens to choose whichever career path in life they desire, regardless of social background, with said path of course being tied to the natural differences that exist between us.

We want a strong spirit of community that permeates all of society. We want to see workers, business leaders, farmers and academics working together for the good of the nation. The workers of hand and mind side by side.

The National Socialist state prioritises the whole people as a collective unit; the needs of the individual always come second. It is a state that ensures the individual can achieve his or her full potential as a part of the national community.

This means that one of the state’s foremost duties – apart from working for the preservation and development of the race – is to take care of the people’s material and social needs. Healthcare, schools, banking, public infrastructure and basic industry are owned by the state and thus by the people.

These essential aspects of society must not be neglected or become the object of foreign or domestic private speculation. The state must manage and protect the people’s shared property and ensure that this benefits the entire people.

At the same time, we care about free enterprise, about the opportunity for the individual to start a company; advance it, either on their own or with the help of employees; and see it flourish.

Here, too, we want to see a spirit of community, in which employees and employers actually help each other to drive their company forwards instead of trying to take advantage of each other financially. All forms of destructive class struggle must be counteracted. The employer is nothing without his employees, and vice versa. Unity within the company – competition in the market.

A big difference compared to today is that in the future we do not want to see large multinational companies that eliminate all small enterprises, buy up all domestic production and act as states within the state. This international predatory capitalism spreading in society must be fought!

The national community must permeate the whole society. Out with the class struggle! Away with the prevailing egocentrism! What unites our people is the common blood, our race. The cleaner, the hospital orderly, the farmer, the company manager and the academic all share the same blood. We are ONE people with a joint future, whether we like it or not. We must therefore once again become a strong and united people in order to tackle the many trials of the present and the future.