MEETING. On Sunday the 1st of December, Resistance men from Västmanland, Närke, Sörmland and Östergötland gathered in a rural, winter setting to participate in Nest 8’s monthly meeting. 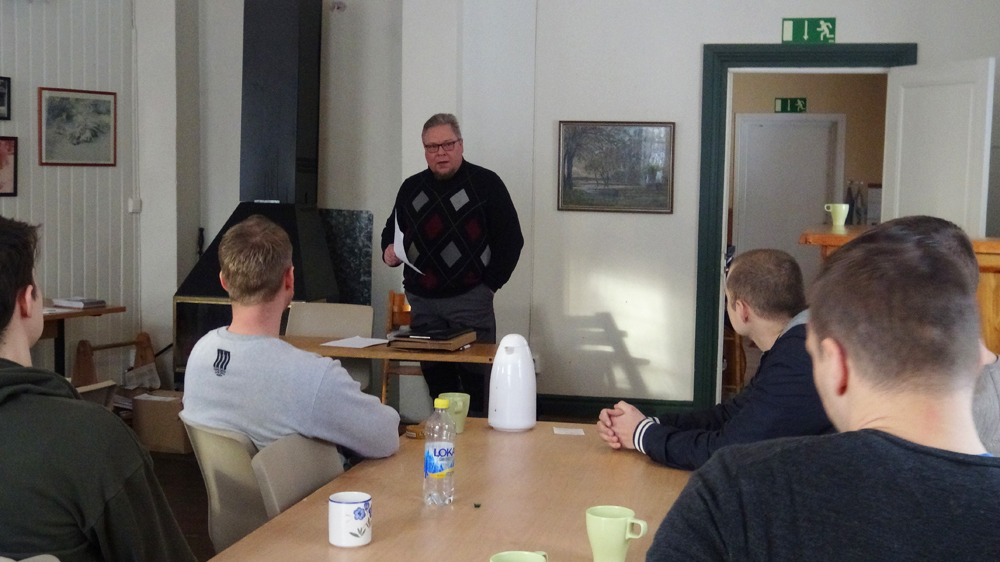 Nest chief Jimmy Thunlind initiated the meeting with a presentation under the highly topical title “Revolution is possible”.

”Nordic revolution – without pardon” is a chant that’s often heard at Resistance Movement activities. But, Thunlind asked, are we fully convinced that a white revolution is possible in the Nordic countries within the foreseeable future? When it comes to the overwhelming majority of unenthusiastic and half-hearted nationalists outside our ranks, there is definitely no well-grounded conviction of such a possibility. There is, on the other hand, greater certainty about what our enemies think of us:

– SÄPO (the Swedish secret service) regards the Resistance Movement as the biggest threat to democracy in Sweden and the other Nordic countries, based mainly on our movement’s distinct ideological orientation, robust organization and strong leadership. Moreover, the organization’s members and activists are well trained and well disciplined.

– The World Jewish Congress demands the rewriting of the country’s constitution in order ban the Resistance Movement. They have gone to the extent of creating a substandard propaganda film on the subject in which clear lies are mixed with other distortions of reality.

– Both state and Jewish media are competing in an assiduous attempt to incite, lie about and smear the Nordic Resistance Movement.

Whence does this powerful force derive? A force that fills the Resistance men with conviction, a will to act and courage – and our enemies with dread and desperation. It originates from our ideology – National Socialism – with roots in the laws of nature and which, at one point in history, built the foundations for the creation of a proud state. A state that rose from total collapse, degeneration and desperation to become an economic and social thriving wonder, built by proud and upstanding people.

Thunlind further described the journey of the NSDAP in Germany during a period of 14 years, from 1919 – when a very special seventh member was recruited – up to their assumption of power in 1933.

The modern National Socialist who thoroughly studies that period of history should have no doubts as to the possibility of a National Socialist ascendancy to power in the Nordic countries, as long as we act correctly. Summarized below are all the important conclusions that can be drawn, according to Thunlind, when studying that historical example:

– An originally small political group can come to power as long as it has the right ideology, organization and strategy.

– National Socialism is the only ideology that has the power to abolish the globalist, Zionist oppression.

– Speech is a very important tool of propaganda. The spoken word reaches deeper and wider to people than the written one.

– In case of financial collapse, a major terror attack or war in our proximity, our growing organization must be ready to act according to our goals.

– The new state’s structure must first be built internally before taking power and applying the structure externally.

The presentation was followed by a much appreciated Christmas meal before the monthly meeting. The meeting began with the reading of short letter by Nest 8 to a great National Socialist, Ursula Haverbeck, who is currently in a German prison for her ideas and opinions:

Thank you for your sacrifices for the German people. Thank you for never backing down on the truth regardless of the consequences for yourself. You are an example to all of us, and you are always in our thoughts.

Proof of membership was then handed out to all new members, who were warmly welcomed to the organization. The report of the Nest’s activities for the past month was read out and detailed 12 basic activities, two training activities, one propaganda production activity and three public activities. 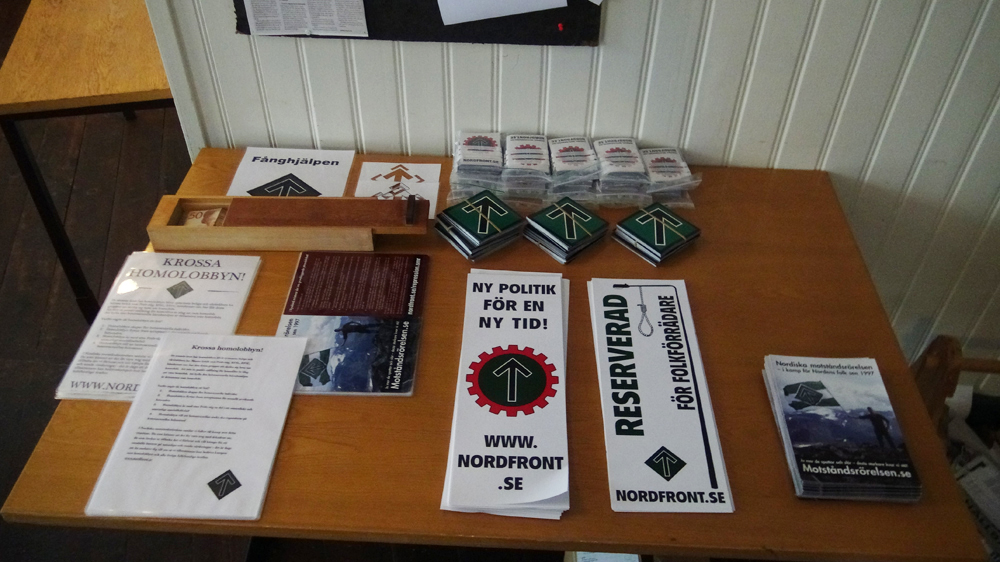 The meeting was concluded with the customary planning of activism for the coming month, which promised many interesting activities.