ACTIVISM. In the beautiful early summer heat of 8 June, a group from Nest 6 gathered for a public flyer distribution in Umeå. 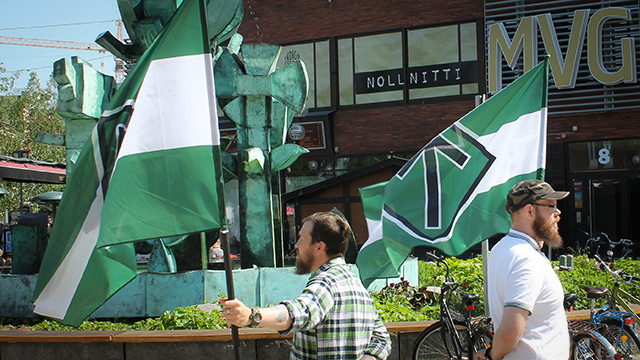 At lunchtime a dozen activists and members walked to Renmarkstorget in Umeå, a square in the city centre where the organization had a successful activity earlier in 2017. That time things got a little comical as both the local and national media spread the fake news that the activity was in support of “maternal mortality”. This time, however, the activity wasn’t in favour of anyone’s mortality – at least not according to what has been written thus far in the media’s fantastical news reports.

There was a central market in Umeå on the day, and a large part of the pedestrian street was occupied by various flea market vendors. When the activists arrived, two police officers in the vicinity emerged immediately. They asked some questions about who the activists were and what they were doing, and then stayed at a suitable distance during the activity.

The sun was shining and the weather was almost everything one could wish for on a Swedish summer day, which meant there were a lot of people about. Two Resistance men stood in the middle of the square with flags, and the flyer distribution began. The activity was a little different to normal because the activists were giving out more recruitment-oriented leaflets. 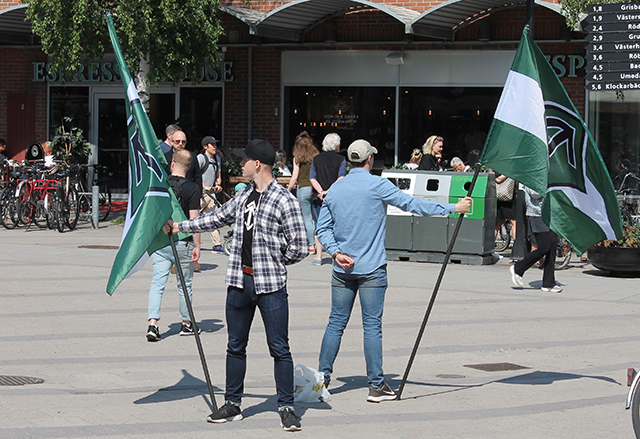 Without sounding too pessimistic, it was apparent that Umeå’s “red” character was reflected by its denizens on the day. But even though there were no deep or rewarding discussions, a lot of thumbs-up were still given, and many positive comments were heard among the passers-by.

As the activity began to come to an end and the group started to roll up the flags, four freedom-hating women decided to vent their rancour with their usual chant about who they think should be on “their” streets. 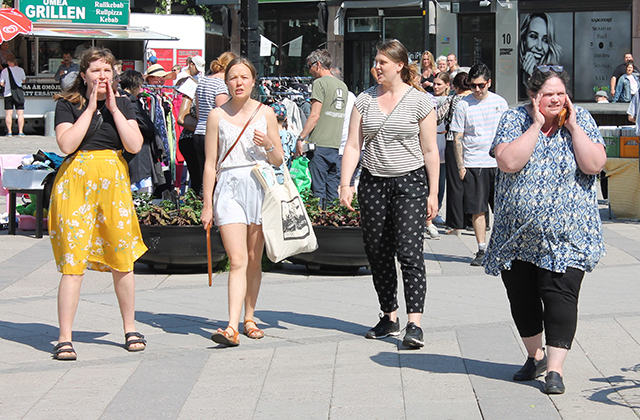 A decision was then made to continue the activity, and the flyer distribution resumed. A few minutes later, around eight Umeå residents assembled and stood provocatively close to the flag bearers. After a minor reprimand, the police removed the shrill group and more flyers could be handed out. This time, the leaflets were distributed to the curious onlookers who had gathered. Many of them seemed very amused by the confused women’s awkward attempts to get more people to join in with their old, worn-out chants, a task which they failed at miserably. 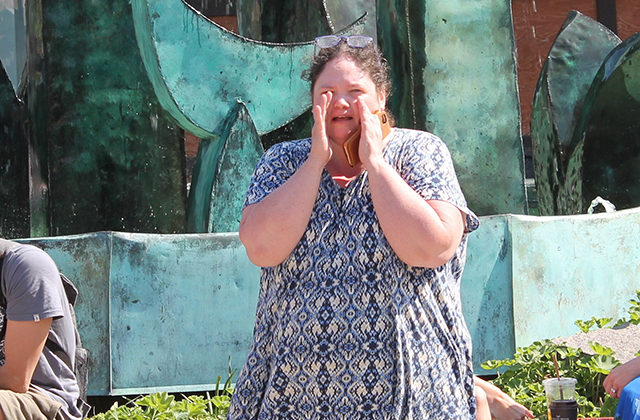 The activity continued until all the air went out of the little group of counter-demonstrators, and the Resistance men could move on without any problems. The activists then went on to a monthly meeting featuring a scheduled lecture and a dinner of spaghetti with meat sauce. 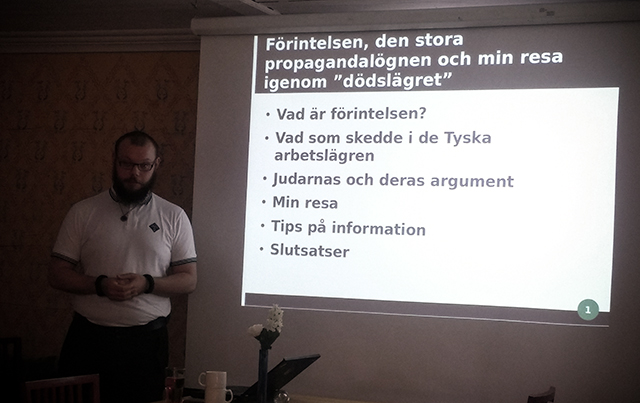 After the much-needed meal, David Nilsson gave a very interesting talk about the so-called Holocaust. The lecture ended with Nilsson describing his trip to Auschwitz. He showed photos and shared his own experiences of the well-polished brainwashing centre where young people are being programmed with the “right” values. 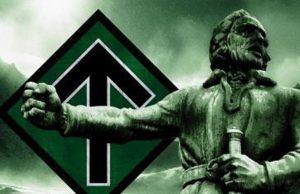 Editorial Staff - August 20, 2022
0
IDEOLOGY. Samuel Almroth writes about the importance of radical and revolutionary struggle. When talking about radicalism (our radicalism), one should also note how our principle...