MEETING. On Saturday 20 July, Nest 3 held their monthly meeting, which featured speeches by prominent members of the Resistance Movement. 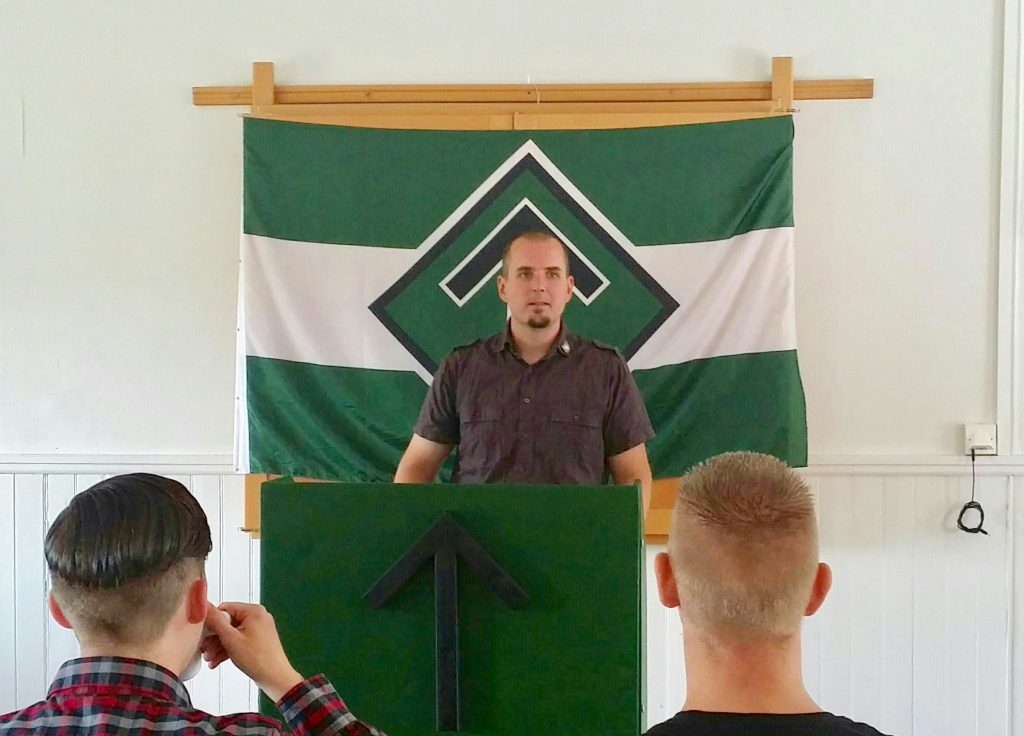 As usual, good food was served during the meeting, this time in the form of roast pork with potatoes au gratin and salad.

When everyone had had their fill, it was time for the speeches. First was the organisation’s leader, Simon Lindberg, who spoke about new structures within the organisation and the Movement’s way forwards. 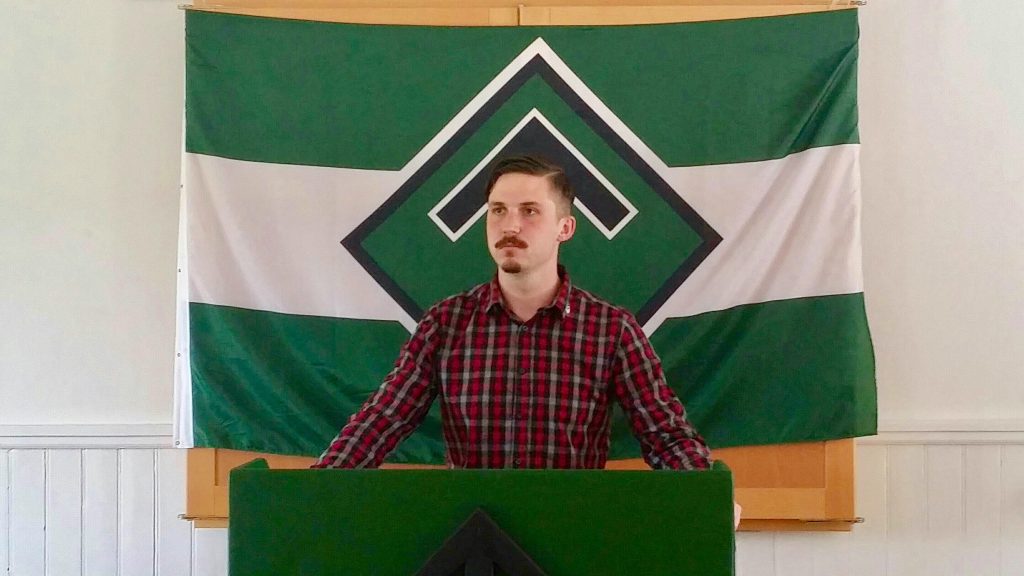 After resounding applause and a coffee break, activist Sebastian Elofsson held a speech about how the legendary king Leonidas and his 300 men defended their people against a far numerically superior foe. Sebastian observed how crucial it is that we – in the same spirit as our forefathers – fanatically continue to wage the eternal war against the Aryan peoples’ enemies until total victory is won. 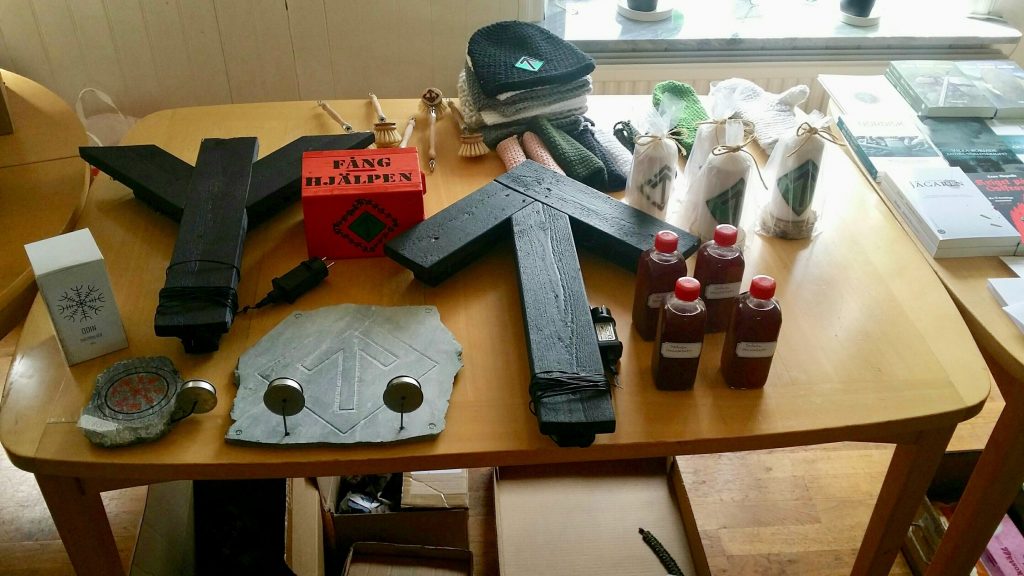 After the speech, the attendees were able to buy a range of goods, including clothes, homemade handicrafts and household wares, and Scanian raspberry juice.