ACTIVISM. On Midsummer Day, comrades from Nest 2 visited a car cruising show in Lysekil, Bohuslän. Both the weather and the reception from the attendees were very good.

After celebrating Midsummer near Uddevalla the day before, the Nest 2 activists headed a little farther north to conduct a public activity at a well-attended car cruising event in Lysekil. The welcome the Resistance Movement receives at various car shows around Sweden is usually good, and the population of Lysekil have previously shown to be open to new ideas (seeing as old ideas such as mass immigration have brought so much misery).

A healthy contingent of activists arrived in town with a banner, flag, and a lot of leaflets to give out, and stationed themselves outside a shop, right beside the road where the cruising cars would pass.

It quickly became clear that many people were well acquainted with the Resistance Movement, with lots of drivers beeping their horns and greeting the activists with a currently illegal gesture. People in the cars and those on the streets also gladly accepted leaflets with smiling faces.

The police were present too, and when a very androgynous creature decided to spit at one of the Resistance Movement’s activists, the officers suddenly sprung into life. They ran over at full speed and intervened in order to protect the spitting commie. Without any questions or notification of criminal charges, they hurried the red away from the scene scot-free.

Immediately following this incident, something very similar happened when another red summoned up the courage to spit at the activists. This individual wasn’t as fast as the last one, however, and was decisively reprimanded. 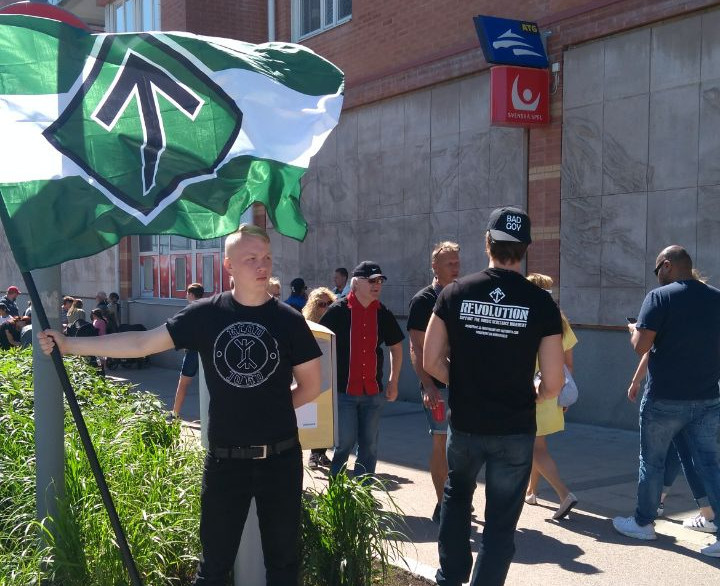 One thing worth mentioning about the day was that a number of passers-by wanted to take photos together with the Resistance Movement’s flag bearers and banner. They were all very positive towards the organisation and were more than happy to take leaflets to read at home.

The discussions continued throughout the activity, some positive and others negative. One woman of foreign origin questioned the Resistance men with bizarre examples that she expected them to answer in a matter-of-fact way; e.g., “What would a National Socialist state do with a single refugee mother with 19 children who had fled from a war on the other side of the world?” Simply put, no answers were good enough for the racial stranger, who eventually left in a fit of rage. 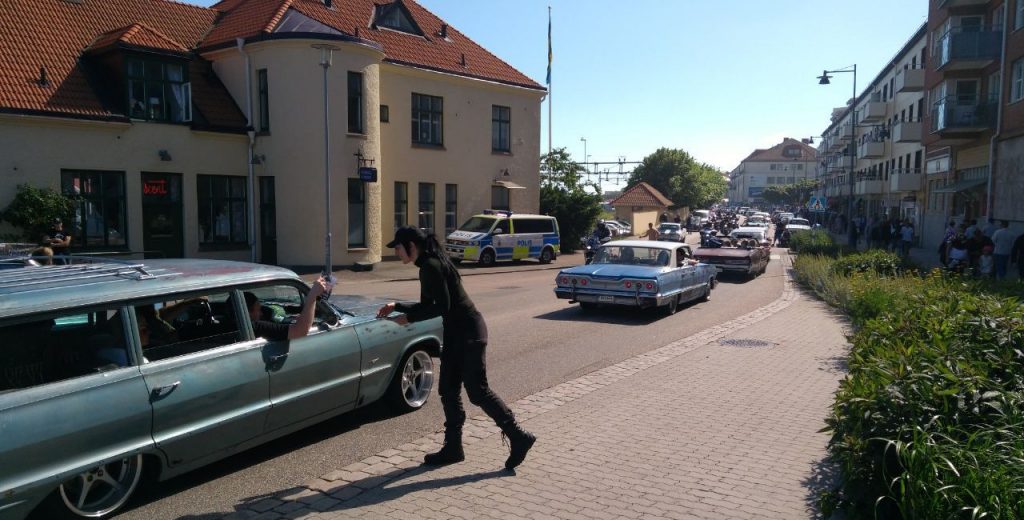 After just over a couple of hours, it was time to call it a day, and the activists rolled up the banner and flag and headed towards the cars. However, they didn’t get far before they were stopped on several occasions by curious passers-by who wanted to ask questions, read leaflets and take selfies with the activists.

After finally reaching the cars, the comrades drove on to an inn to get something to eat and discuss the day’s activities.