Norrköping welcomed Resistance men from Nest 8 with sunshine and Indian summer weather when they held a public activity in the city on the Jewish holiday of Yom Kippur, on 27 September.

The aim of the action was to inform Norrköping’s population about the nature of what is celebrated during this holiday and what the celebrations involve. 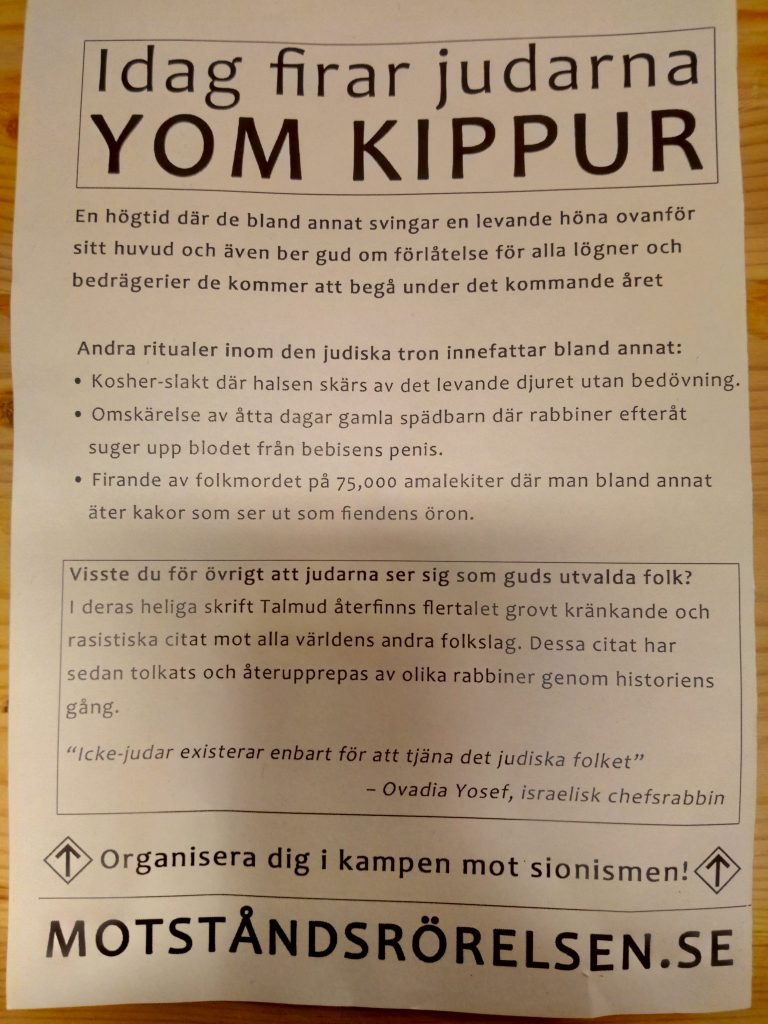 A holiday that includes swinging a live chicken around their heads and asking god for forgiveness for all the lies and deceit they will commit during the coming year.

Other rituals within the Jewish faith include:

– Kosher slaughter, where the living animal’s throat is cut without anaesthetic.

– Circumcision of eight-year-old infants, and rabbis sucking blood from the baby’s penis.

– Celebrating the genocide of 75,000 Amalekites, including eating cakes shaped like the enemies’ ears.

Did you know that Jews also view themselves as god’s chosen people?

In their holy book the Talmud, there are a number of grossly offensive and racist quotes against all the other races of the world. These quotes have since been interpreted and repeated by various rabbis throughout the course of history.

Organise in the struggle against Zionism!

To start the day, activists visited the city’s synagogue, where they positioned themselves outside with flags, signs, and leaflets for distribution. Many curious passers-by stopped to talk with the activists.

After a few hours, the group marched with their flags and signs to Hötorget square in the city centre, where the tempo was considerably more intensive and the discussions were more numerous and livelier.

One young man in particular distinguished himself by demonstrating that he knew a lot about what is celebrated during Yom Kippur. He had a long conversation with one of the activists and expressed his great appreciation for the activity.

Conversely, one woman shouted angry abuse, claiming that the information about the circumcision of healthy babies and the celebration of mass murder of soldiers who surrendered was false.

In conclusion to a successful day, the activists went on a long walk through the beautiful city and used informational material to further enlighten the inhabitants about the chosen people’s holy day. 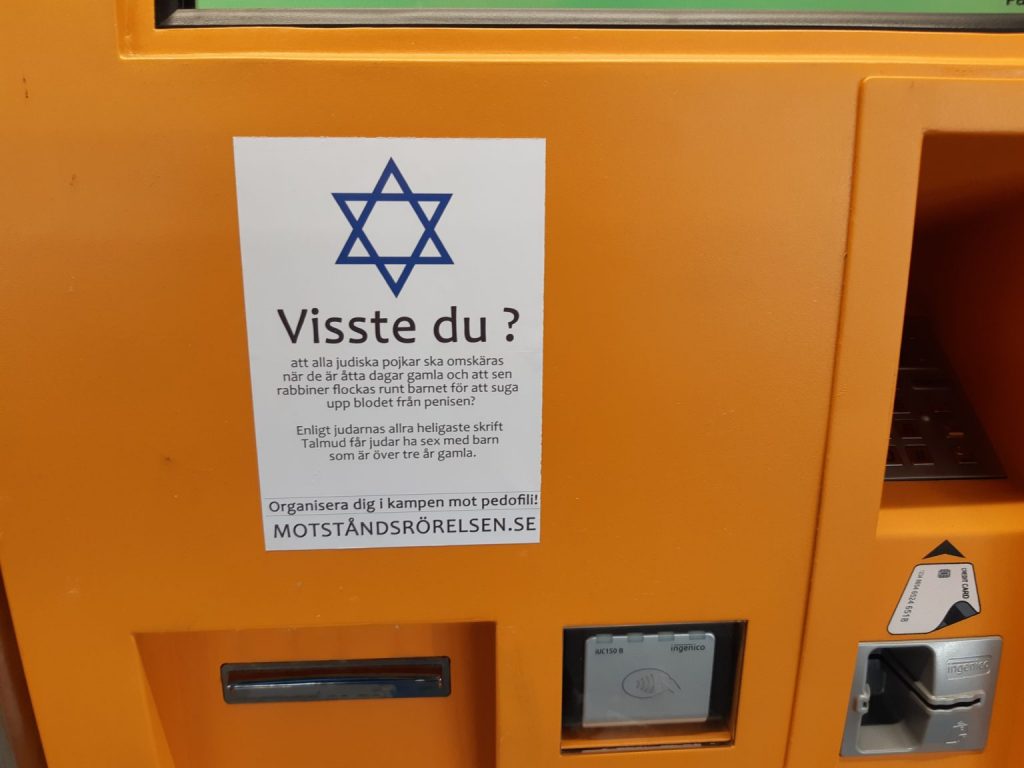 That all Jewish boys must be circumcised when they are eight days old and that rabbis then flock around the boy to suck the blood from his penis?

According to the Jews’ holiest book, the Talmud, Jews can have sex with children over three years of age.

Organise in the struggle against paedophilia!

The Resistance men thank the weather gods for the Indian summer climate, and the people of Norrköping for the largely friendly response, their interest and the many interesting discussions.