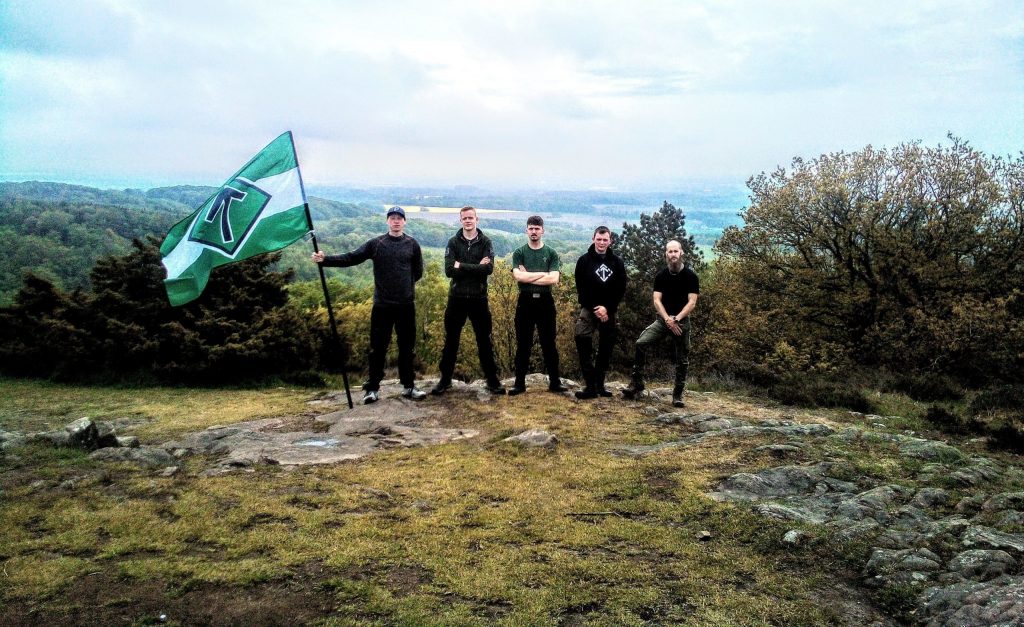 In the early morning of Saturday 23rd May, activists from activist group 301 met in the village of Arild to begin a westwards hike towards the historic Kullen Lighthouse, which stands on the point of the Kullaberg peninsula in northwest Skåne.

Despite carrying equipment for the whole weekend in warm weather, the activists kept a good, quick tempo across the hilly terrain. 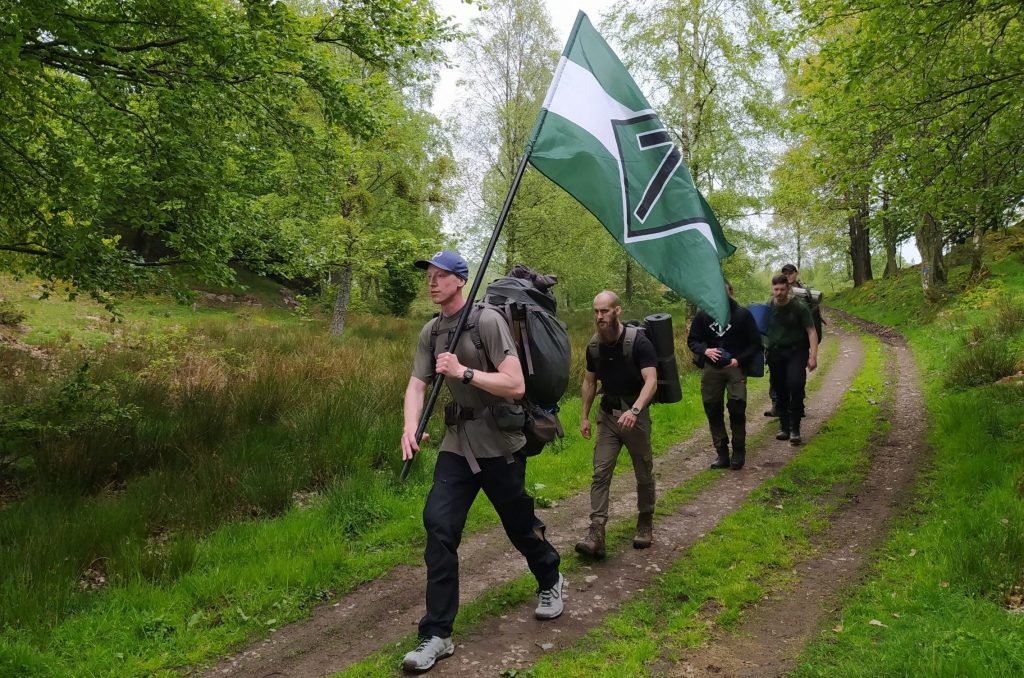 The leading man held the Tyr rune flag high as the group walked, so no one could mistake who the Resistance men were. This resulted in salutes from other hikers and one or two chats with sympathisers. 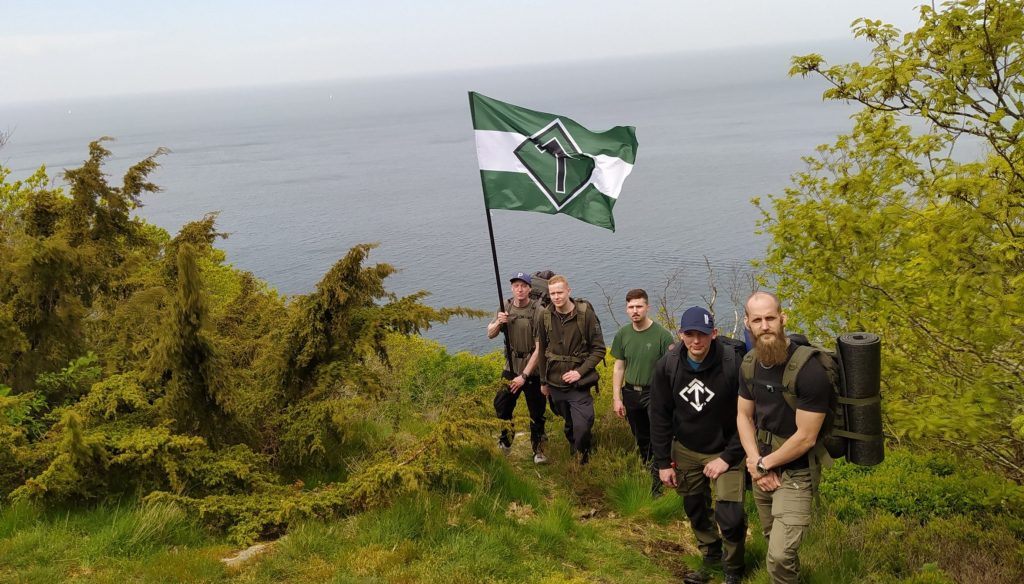 At several spots along the way, the route provided beautiful viewpoints, where the activists took photographs and refilled with much-needed liquids. 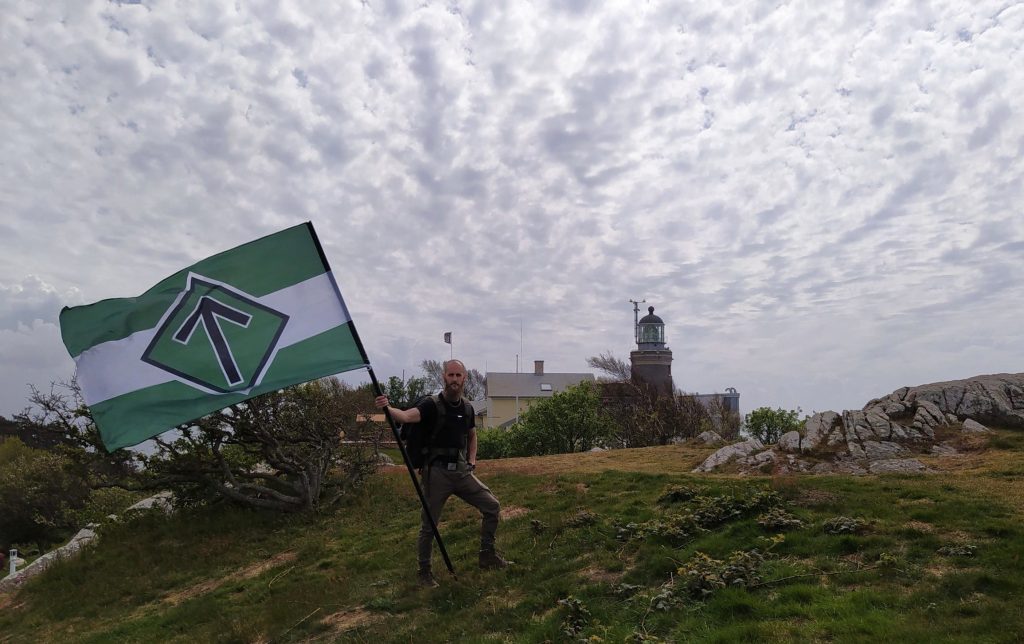 When the final destination was reached and the tent was put up, the activists practised how to use tourniquets and first aid bandages.

Various lifting techniques were also taught, as well as the correct way to hold a flag for different occasions. When the evening arrived and everyone was hungry, a good meal was enjoyed as the sun went down. 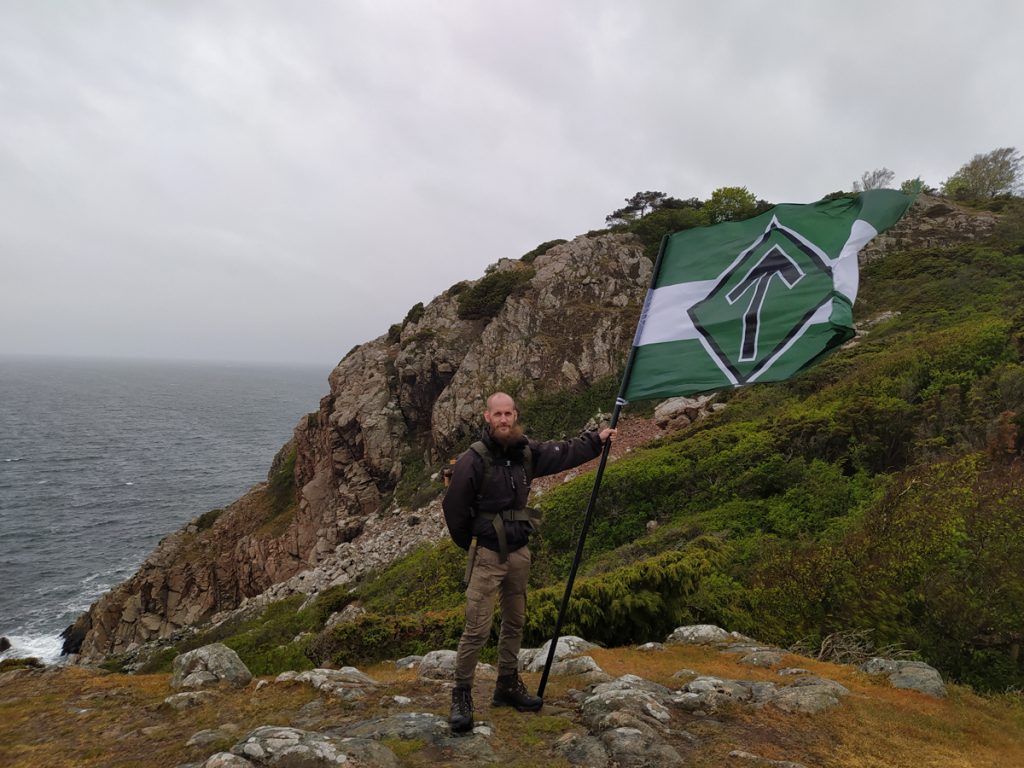 The following day, the activists awoke to poorer weather in the form of wind and rain, but this didn’t hinder them from quickly decamping and starting an early departure to the meeting place.

Video from the wilderness activity:

After the activity was concluded, everyone felt fortified and content from once again experiencing the North’s wonderful countryside.