Home Ideology Opinion Why make the perfect the enemy of the good?

OPINION. In this article, Martin Saxlind argues that we should not let the perfect stand in the way of the good. 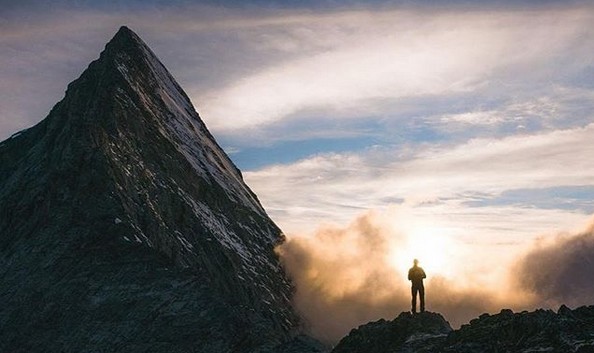 Several times over the past year, I have stumbled across an expression that has stuck in my mind: “Don’t Let the Perfect Be the Enemy of the Good”, which is a variant of a phrase propagated by Voltaire.

I heard the phrase in some English-language podcasts I follow. The context often relates to nationalists who, rather than working progressively towards their goals, start fighting among themselves about what the definitive and perfect goal is. Instead of sticking together and working to improve society, they choose not to do anything at all or, even worse, criticise and demoralise those who are actually working for positive change.

Unfortunately this black-and-white “all or nothing” attitude is fairly common among nationalists. Because our views do not currently have wide-ranging political impact, some of us compete internally over who has the purest or theoretically superior ideology. But the competition to determine who is most ideologically pure or radical fulfils no practical function other than enabling those who proclaim themselves victorious to feel they are better than others. This is precisely the same self-aggrandising purpose that political correctness serves for our enemies.

The point here is not that one shouldn’t be radical and principled, on the contrary. The point is that we advance politically by attacking our real enemies – those who have power in society – not by attacking others who are moving in the same direction as us but perhaps do not want to go quite as far as we do.

Some nationalists are also very one-dimensional regarding which methods can lead to victory. Some believe that only armed warfare will give us victory and that those who do not live as soldiers are degenerate and hold the struggle back. Others think intellectual work is the only solution, and that those who are “prone to violence” are unintelligent plebeians who ruin things for everyone else. In addition to these two opposites, there are those who cannot imagine doing anything other than parliamentary work, those who think business enterprise and economic strength is the way forwards, and some who believe our salvation will be found through religion.

All of these methods are naturally not equally as worthy as others and some are manifestly dangerous, but if you spend more time and energy discussing how others behave than how you behave, you are not acting constructively.

This is an understanding which I believe many nationalists come to in time. I myself was more inclined to argue over what was ideologically pure when I was younger. But over the years, one understands what a huge task we have taken upon ourselves, and that we do not have time to argue with other nationalists unnecessarily. If we had been the dominant political force in society, we could have afforded ourselves internal disputes over every minor detail. In such a case, it would have also had practical significance for which decisions we made, but as matters stand today it is putting the cart before the horses.

Being a perfectionist is sadly often very convenient. Instead of compromising one’s opinions, getting involved and fighting for the cause, a perfectionist can stand on the sidelines, turn up his nose and point to some failing and use it as an excuse not to be active. Adolf Hitler described this in the following words:

Indeed, right now I encounter the most stubborn resistance in the purely critical way of viewing things that many people have. They recognise this and this and this as good and as correct, but despite this they cannot join us because this and this and this is dubious. They know that Germany and our Folk will perish, but they cannot join the rescue action because here, too, they detect this or that which is at least a blemish that mars its beauty. In short, they see the decline and cannot muster up the strength of determination to battle against it, because in the resistance and in this deed itself they already again begin to smell out some possible objection or other.

The perfectionist approach can be useful when it identifies problems and leads to real improvements. But perfectionism becomes an evil if the perfect becomes a theoretical utopia which never materialises and is only used to attack the non-perfect forces that still work for the good of the cause.