ACTIVISM. Activists and members from Norway and Sweden recently joined together for a double public leaflet distribution in the border town of Charlottenberg. 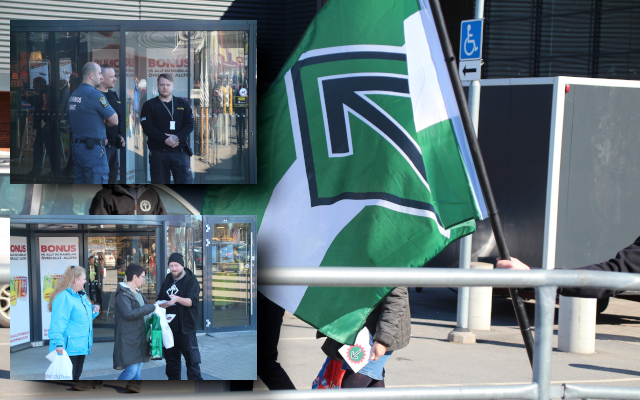 On Saturday 13 April, activists and members from Norwegian Nest 1 and Swedish Nest 5 met for a joint activity in the glorious Easter weather in Charlottenberg. The Swedish town is a popular shopping destination and lies on the border between Nest 1 in Norway and Nest 5 in Sweden, making it a natural venue for a combined action.

The public leafleting was a big success. The activists arrived at the shopping centre and divided into two groups, standing with freedom flags beside the two main entrances to the centre. 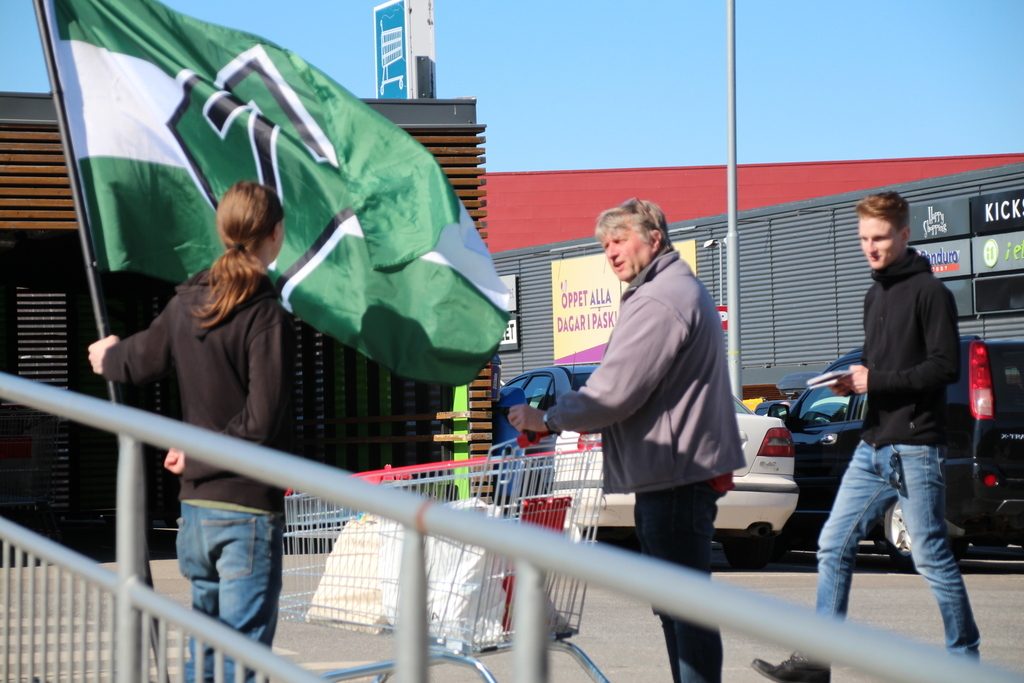 The good weather helped ensure there were lots of people about. It didn’t take long before the first discussions were underway, and many leaflets changed hands over the course of the day. People were pleasant, with the most negative comment coming from a man who claimed the activists had been reported for “racial hatred” and that the police would be turning up to take them away. 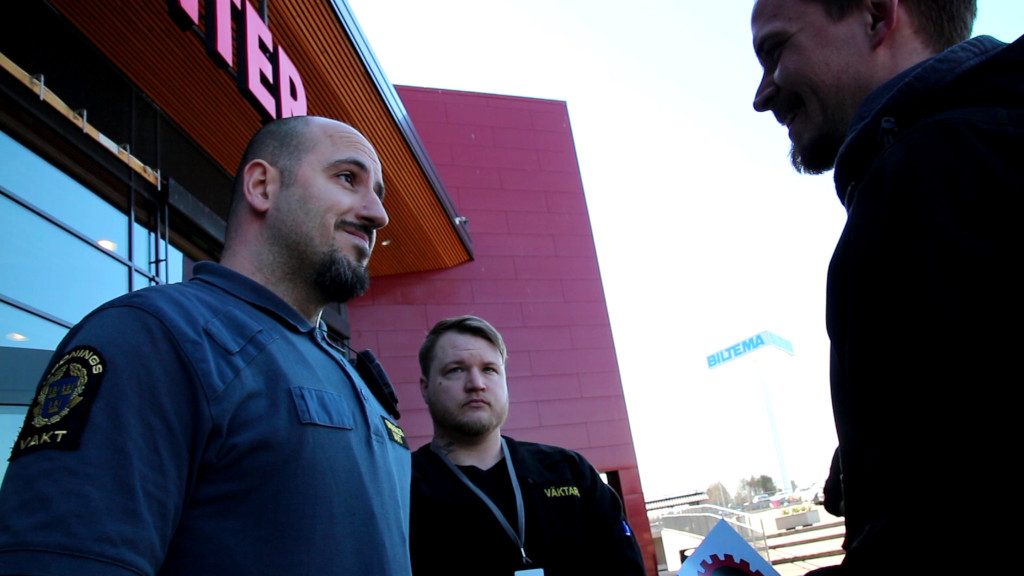 Another individual who knew nothing about the law was a foreign security guard who brusquely declared the activists “must the area because of incitement to racial hatred” on “the orders of the police” before threatening to remove the activists himself. The Resistance Men laughed in his face, and after more empty words he turned around and walked off in a sulk.

The police never showed up.

After several hours and lots of distributed leaflets, the activity came to an end. For some of the members it was their first public activity, and they were all eager to go out and spread the National Socialist message again!