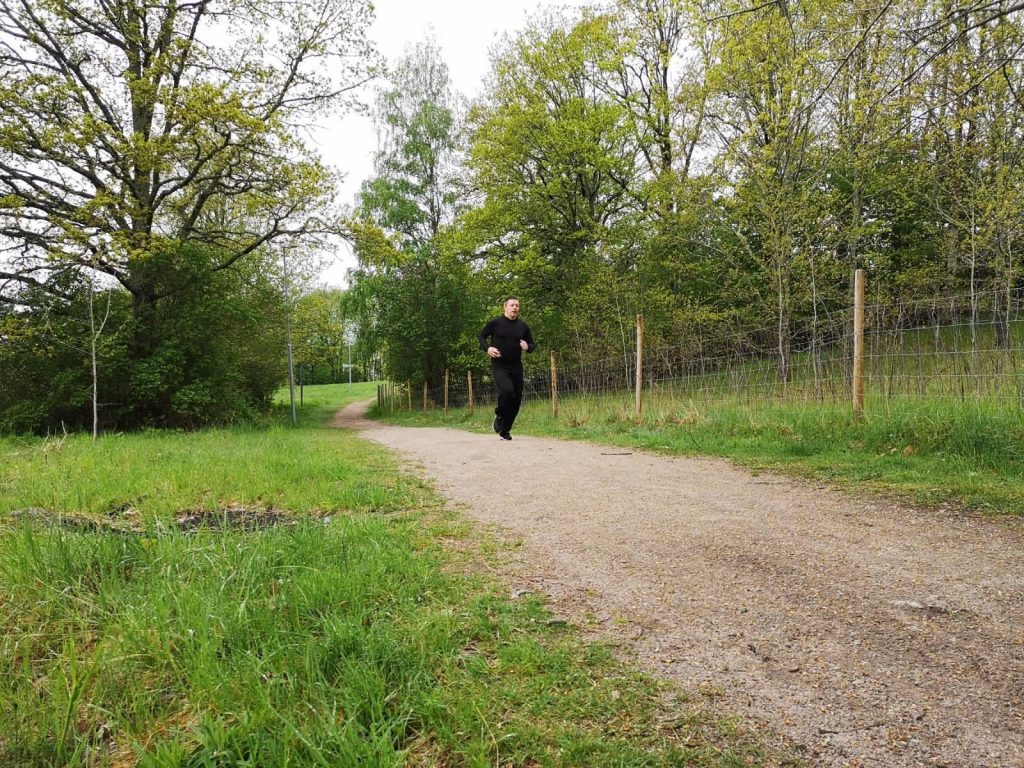 The day began with running, followed by strength training. The activist test went well, and several members found they had made progress since their last test. Next, the comrades practised some wrestling, as well as overturning large tractor tyres. 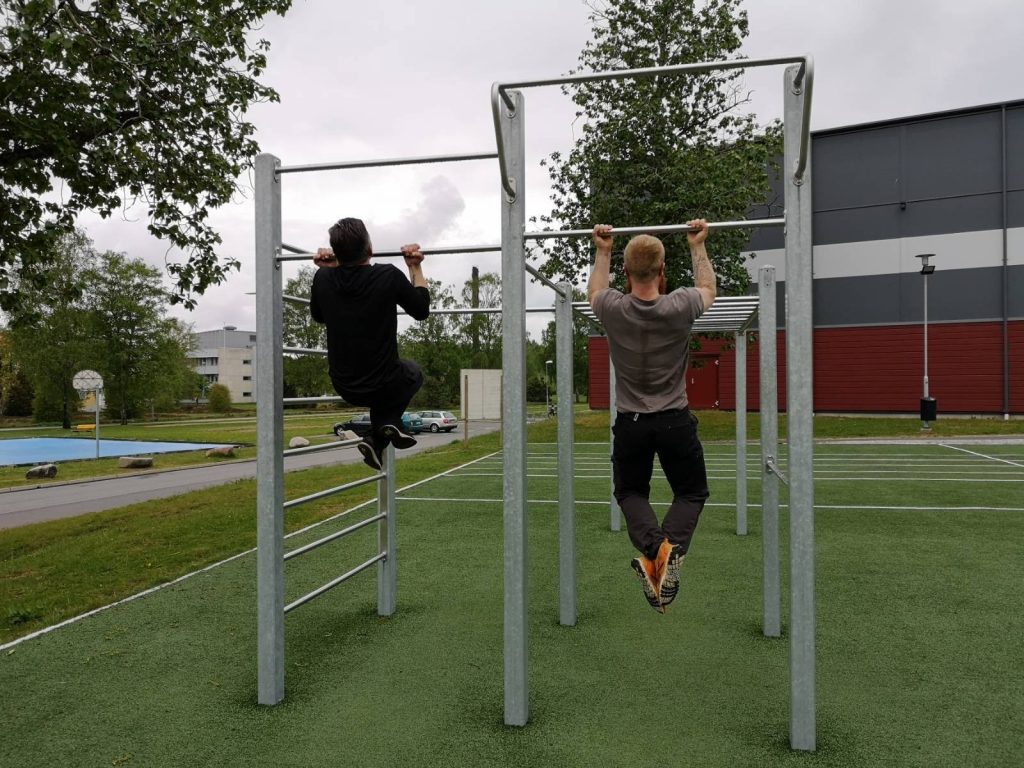 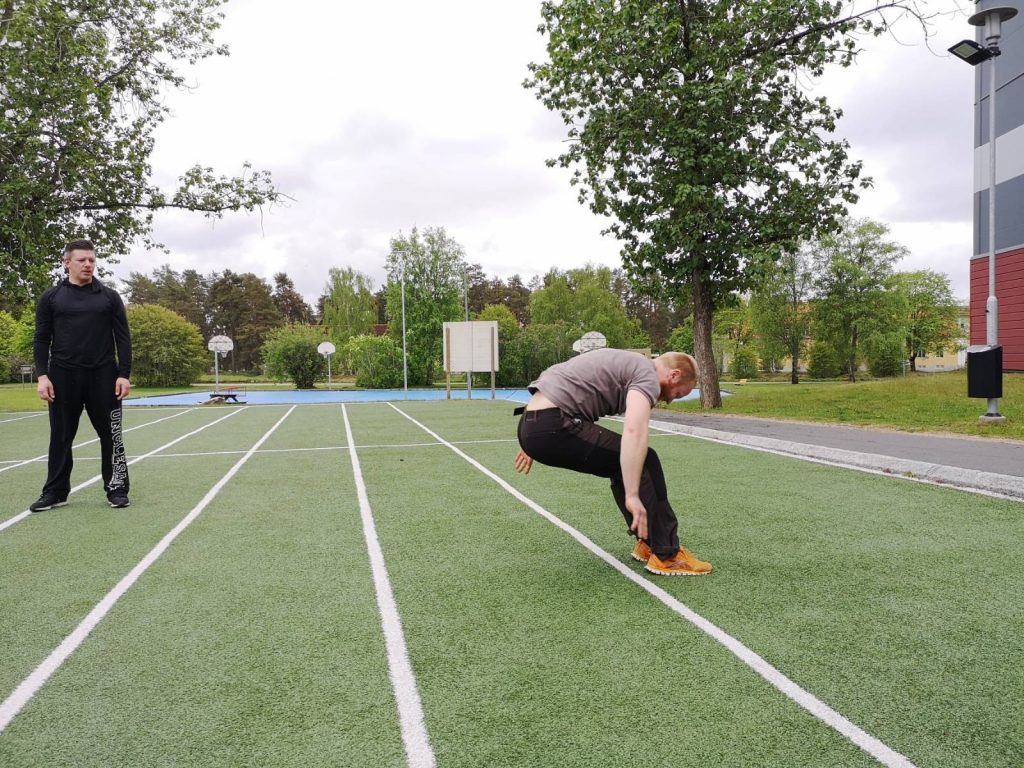 After the training, the group went to a grocery store to conduct a public activity and encourage the people of Vetlanda to vote for the Nordic Resistance Movement in the autumn election. They lined up with a flag and leaflet distributors at both entrances of the store. The leaflets were given out quickly. Many people were curious and accepted leaflets, and some stopped to converse with the Resistance men. 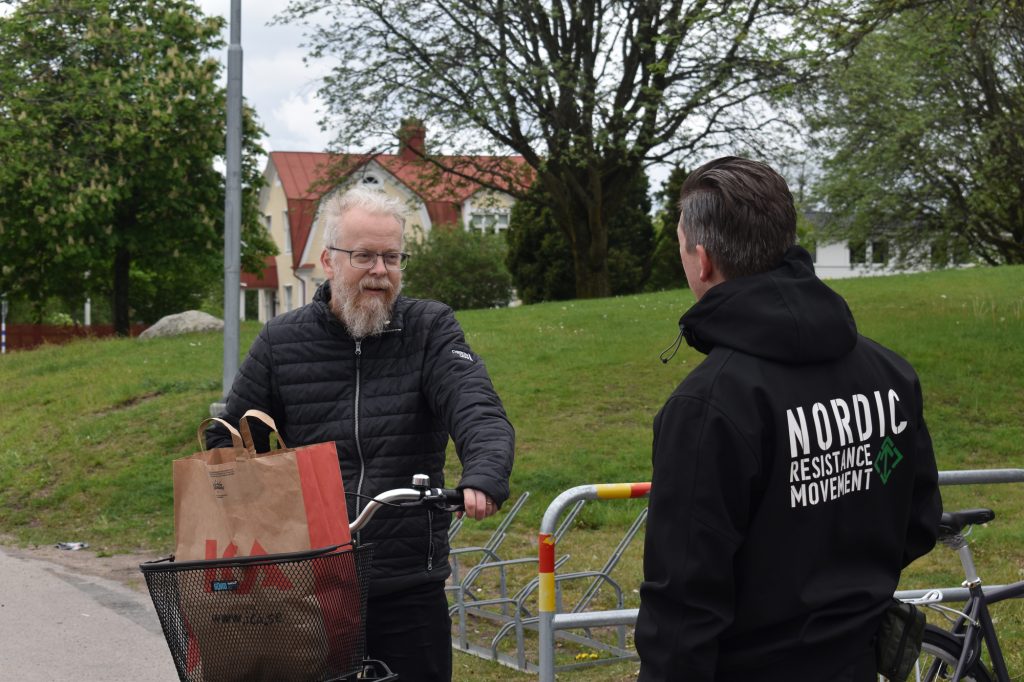 An old man on a bicycle tried to snatch the leaflets from one of the distributors and was confronted by a Resistance man. The old man could not explain his behaviour, other than to say he was very upset. He seemed to be very emotional and unable to control his behaviour. 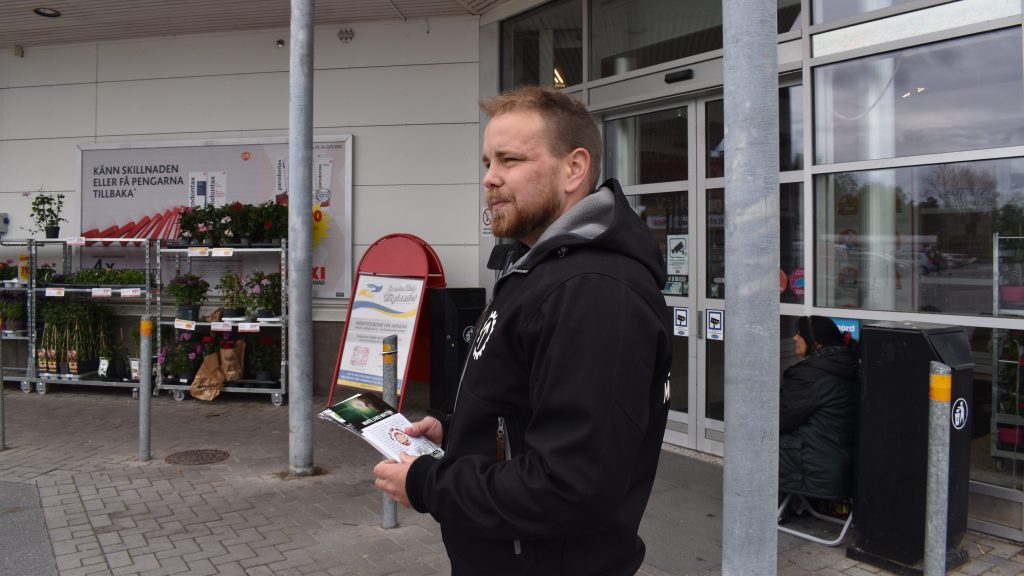 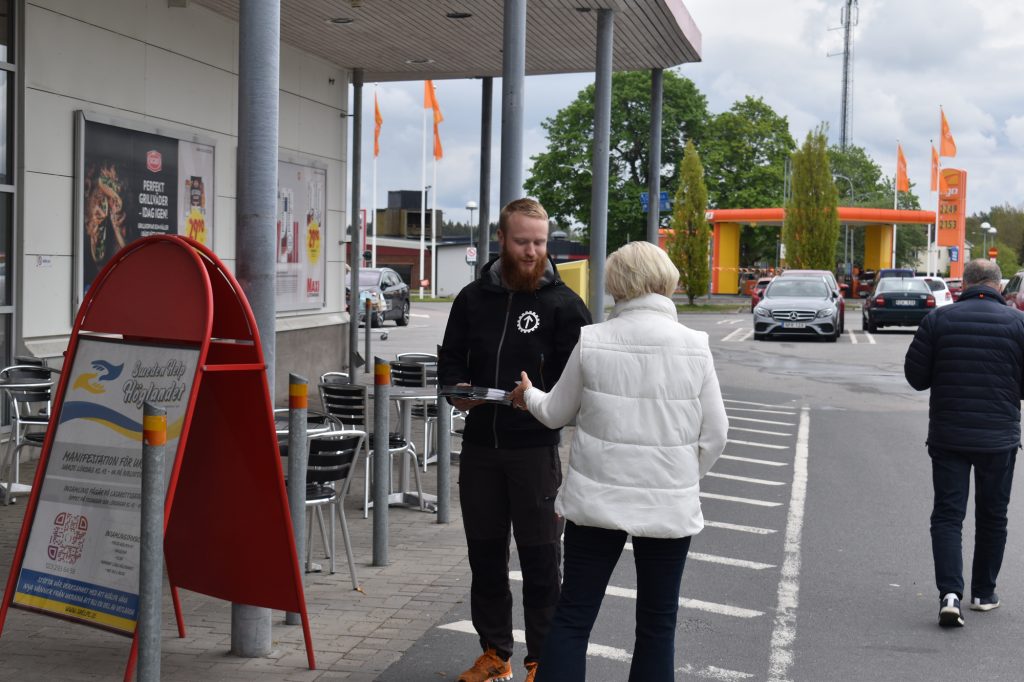 After the activity had progressed for the agreed upon time, it was concluded by the activists. Just as the Resistance men were going back to their cars, the police showed up to photograph and stare at them from their police car, but did not approach. 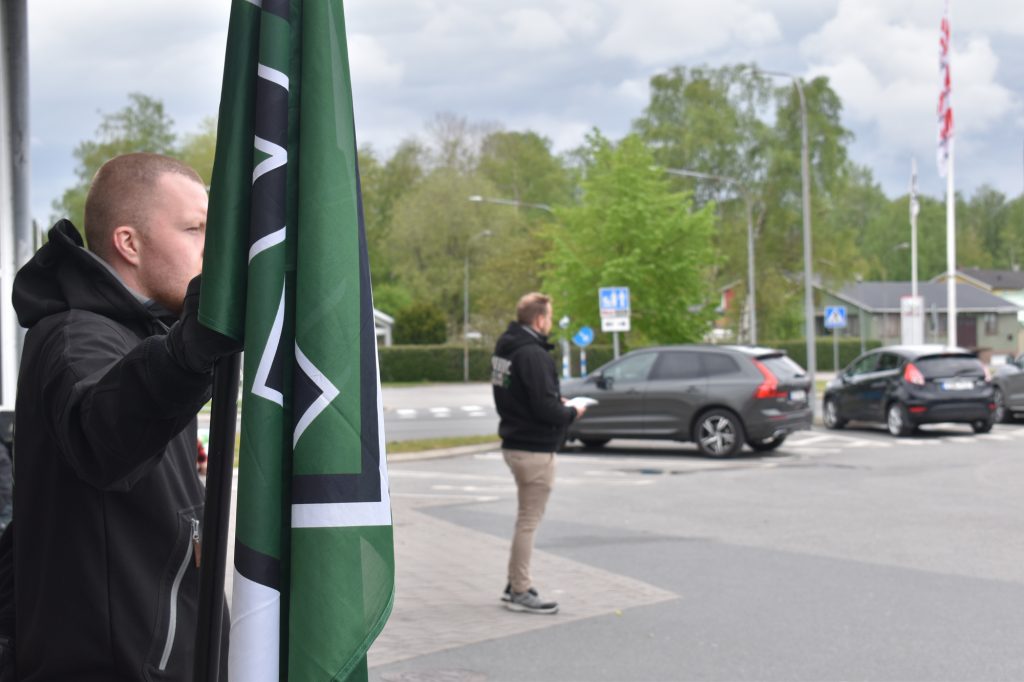