NATURE. Activists from Nest 3 spent the weekend of 12-14 July in the beautiful environs of southern Sweden, where they were able to practise important survival skills. 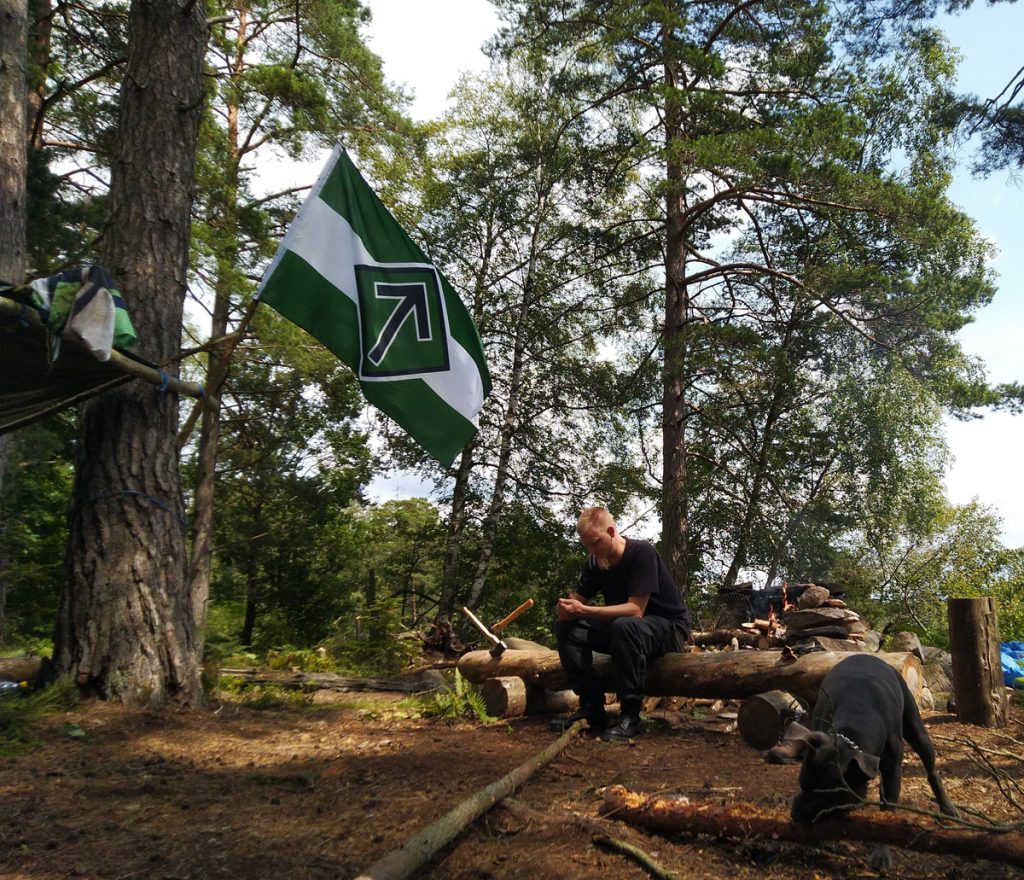 On Friday, the activists gathered by Immeln lake in Skåne before marching north with baggage containing only the most essential equipment. The purpose of only having minimal baggage was to simulate a realistic situation in which the opposition to the current system might need to move quickly into the wilderness.

After a couple of hours’ hiking, the Resistance men gained the promontory they were heading for. Once there, they set to work building a raft. The baggage was then piled on the raft, and the activists swam out to a nearby island. 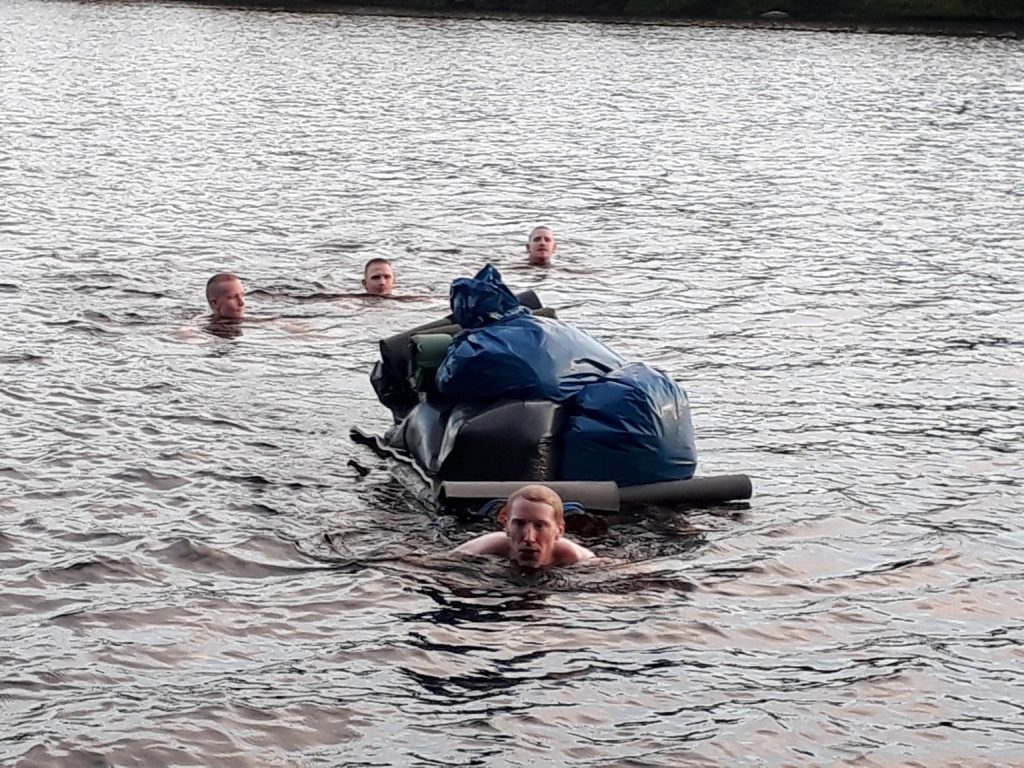 Shortly after landing, they cooked food over an open fire, while some members of the group dried off in the sun. When all the food was ready, everyone sat down together and ate in a true atmosphere of national community, without any distractions like mobile phones. The meals throughout the weekend were intentionally lean in order to help develop the activists’ capacity to carry out tasks while hungry.

Later in the evening, the comrades were trained in building two types of emergency bivouacs. One type was constructed with tarpaulin, while the other was made with fir twigs and branches that were lying around the camp.

On Saturday morning, the comrades were up early for a rapid relocation exercise. The group reused the raft and swam to another island. After exploring it thoroughly, everyone reconvened and built a larger camp with materials from their surroundings. 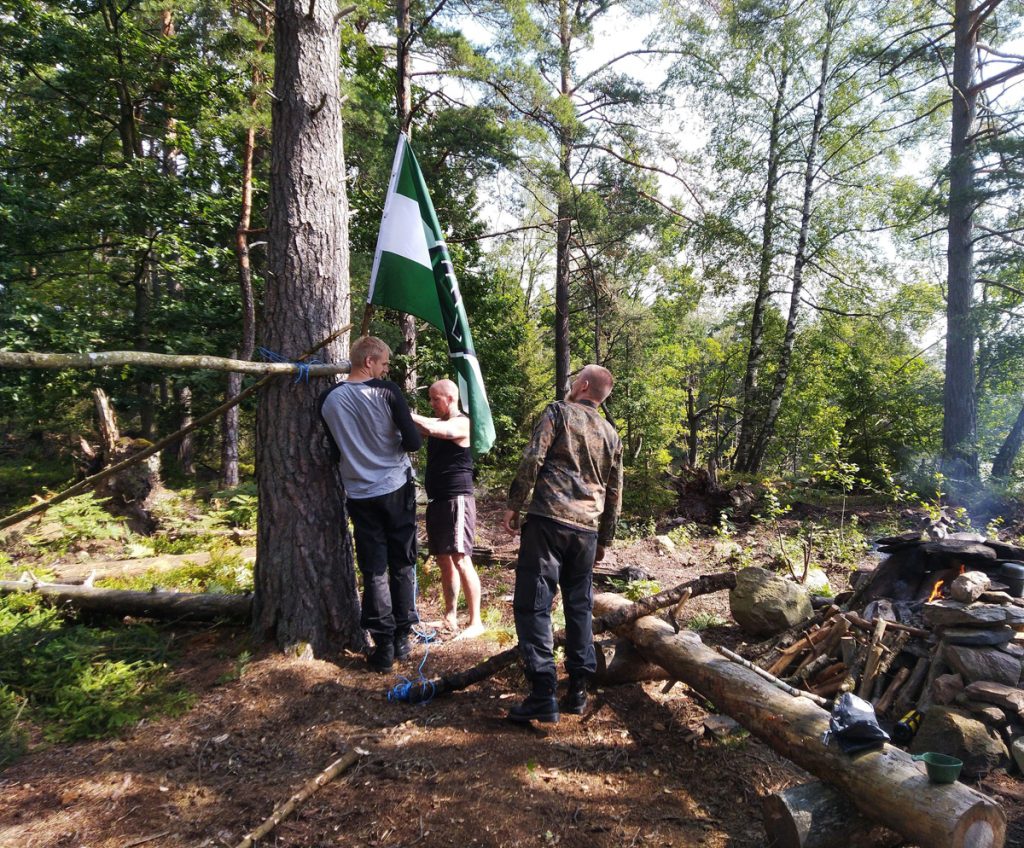 By dusk, the clouds had gathered, and Thor, god of thunder, had struck his hammer. After a hard day’s work, several of the Resistance men fell asleep to the sounds of rain and thunder, while the others sat around and traded anecdotes as lightning bolts flickered in the background.

On Sunday, the group packed up their gear and began swimming back to the mainland with the raft. From there, it was still over six miles’ march through forest terrain to get home. On the way back, the comrades took the opportunity to pick wild blueberries and raspberries, which were a welcome refreshment after such a demanding weekend. 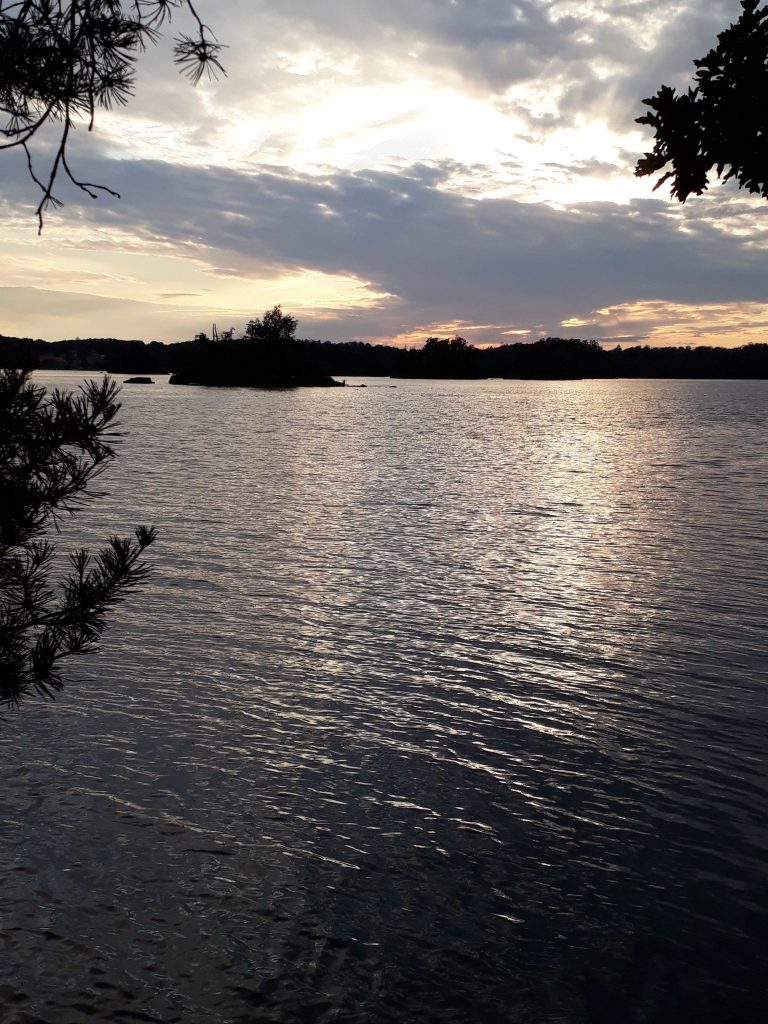 With their minds cleansed of the modern world’s decadence and luxury, the members of Nest 3 were once again ready to continue their fight against the system.