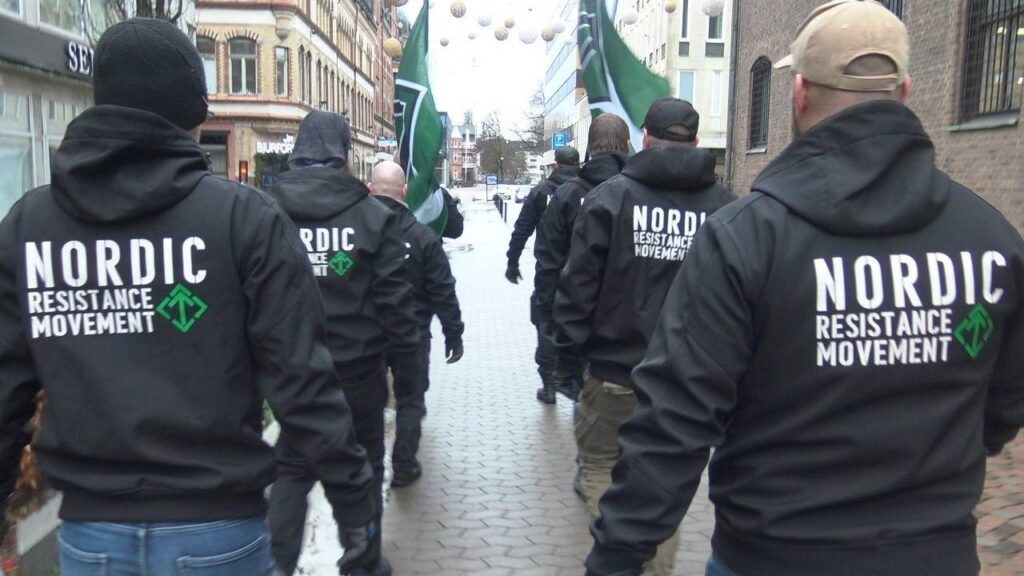 Resistance Movement activists met up on the outskirts of the city at 11 a.m. on Saturday to prepare for the activity. The weather forecast promised rain at 2 p.m., but that still left plenty of time beforehand. However, when the comrades approached the centre of Borås at 11.10, the heavens opened.

The activists marched in two ranks along Allégatan, the main thoroughfare, led by Tyr rune flags. They were visible from far down the street and were welcomed with thumbs-up and encouraging car horn honks during the march. 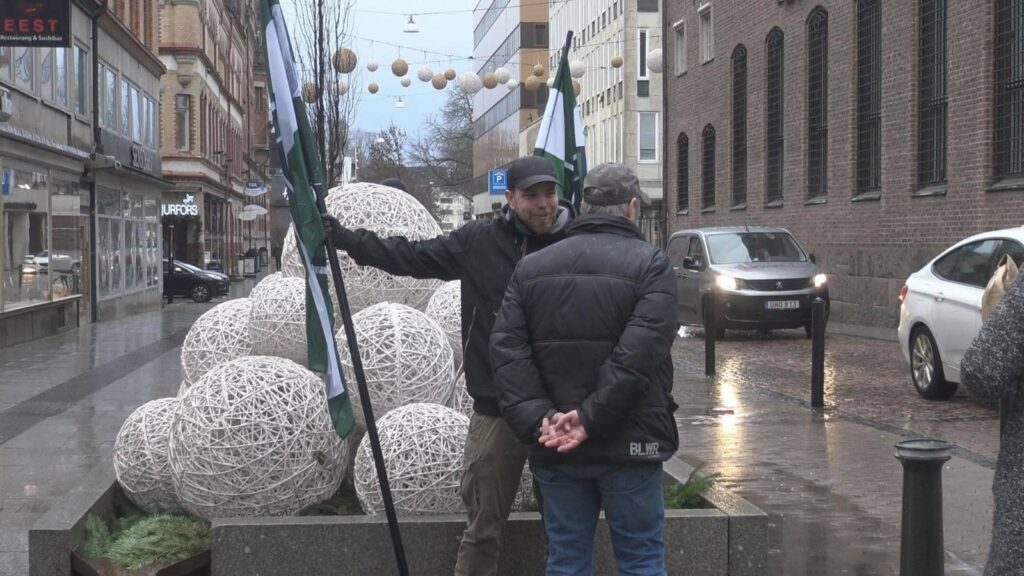 After two-thirds of the way, the comrades turned off towards Stora torget and took up positions in front of the town hall. Due to the poor weather, the decision was made not to give the planned speech, as it didn’t feel right getting the sound system wet just to address a handful of people on the square. Instead, the activists continued across the square to the Torggatan/Västerlånggatan intersection, which was at least slightly busier. 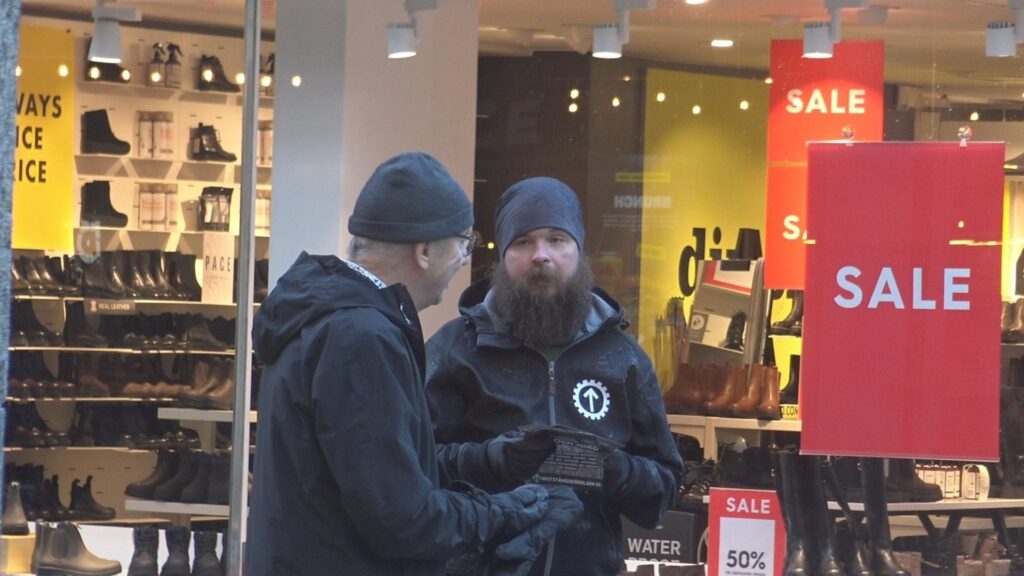 After standing there for a while, the rain stopped falling and the sun came out, shining on the proud Resistance men. More people ventured out onto the streets from inside the shops and restaurants, where they had been sheltering from the rain.

Numerous men and women accepted leaflets, while some stopped to chat. People also came out of the nearby gym and walked directly over to the activists just to take leaflets. One interesting observation was that there were a disproportionate number of young women attracted by the “Blood and Soil” leaflet. They were eager to stop for a while to talk about the problems they experience as young women in “multicultural” Borås. 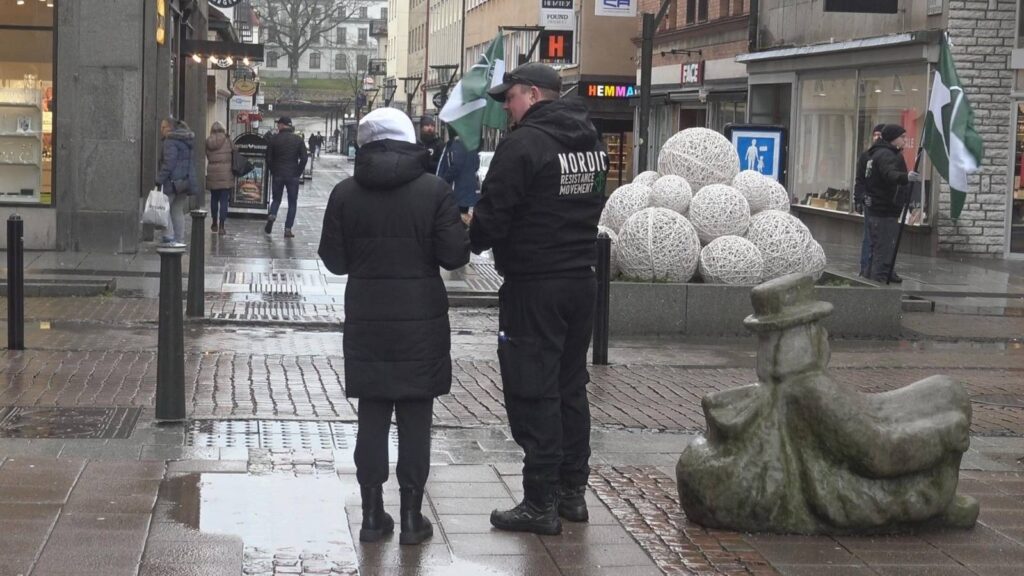 After two hours and hundreds of leaflets distributed to drivers and pedestrians, the activity was concluded.