ACTIVISM. The Nordic Resistance Movement react to the attempted murder of a Swedish woman in the immigrant neighbourhood of Komarken in Kungälv.

UPDATE: A few days after the rally was held, the woman who was attacked, Anna-Lena Lernhede, tragically died from her injuries. 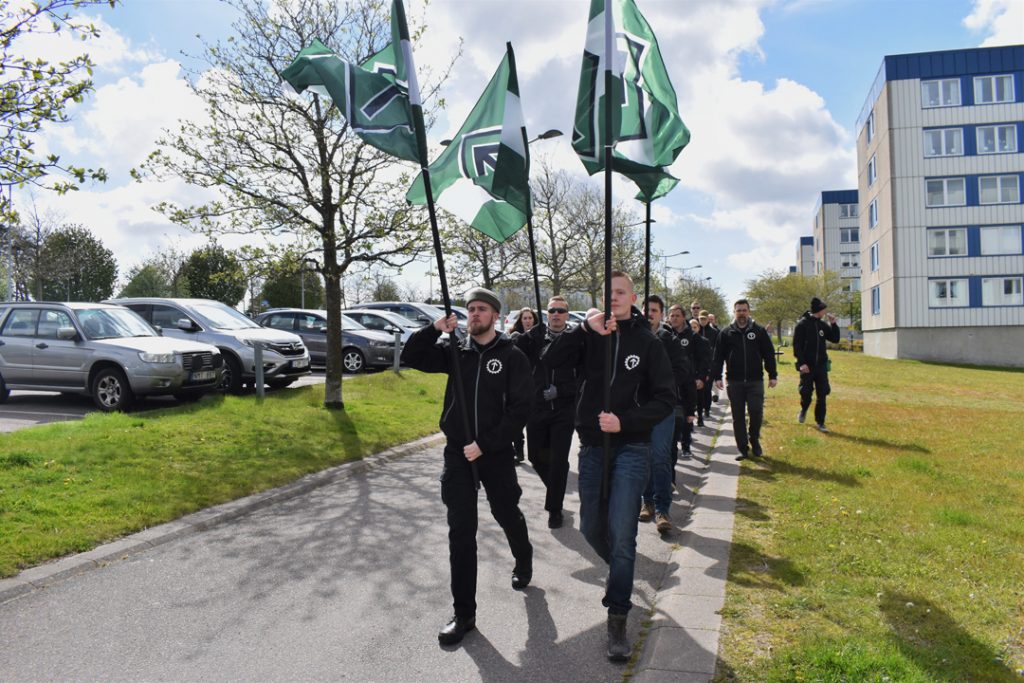 Last week a 56-year-old woman was assaulted at Thorild School in Kungälv by a man who threatened her and attempted to grab her mobile phone. When the woman tried to defend herself, the man stabbed her in the heart. Today the woman’s injuries remain life-threatening.

After Nordfront revealed the circumstances of the attempted murder that the mainstream media had failed to report, the decision was taken to hold a rally in the neighbourhood to show support for the Swedes who live there.

At 2.30 p.m. activists from the Nordic Resistance Movement gathered at the square outside Willys supermarket, where Kungälv resident Fredrik Vejdeland held a speech. 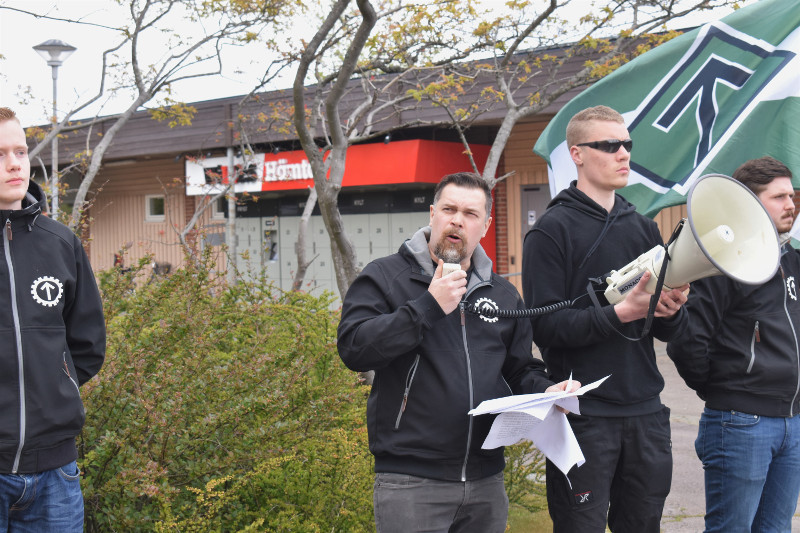 Fredrik spoke about the large number of robberies, stone-throwings, car burnings and other attacks against Swedes that happen in multicultural Komarken and are ignored by local politicians. Instead these politicians subsidise projects that treat the criminals with kid gloves and brand anyone who questions the situation as extremists.

Fredrik went on to say that the politicians in Kungälv will never acknowledge the problems in the town because they are linked to the same “diversity” their politics are based on. New leaders are needed in Kungälv who can speak clearly and send out the right signals to local people:

“Signals that it’s normal, right and proper to organise and defend your own area when its residents are in danger of attempted murder, robberies and other attacks. And that it’s not extreme to protect your area or your own people,” Vejdeland proclaimed.

Fredrik described the politicians who rule Kungälv as traitors who have betrayed the people of Komarken and left them to their fate. These types of attacks are sacrifices that must be paid in order to live in the multicultural society, which Fredrik said was the politicians’ society and not ours. Fredrik also pointed out that the municipal commissioner Miguel Odhner (Social Democrats) lives far away from Komarken and doesn’t care about the suffering that goes on there.

After the speech, the activists marched along the streets of Komarken and shouted slogans to show their support to the Swedes who live there. We have known for a while that there is support for the Resistance Movement in Komarken, and this was confirmed when the activists were met by a sympathiser who performed a forbidden greeting and shouted “Hail Victory” from his balcony, which was much appreciated.

Otherwise there weren’t many people about, apart from the interested shoppers at Willys – however, few residents will have missed the shouts echoing through the streets or the speech that was held next to the housing area.

The rally passed in an orderly fashion and without any problems. When the activists were ready to go, the police finally arrived and looked a little disappointed at having missed the gathering. 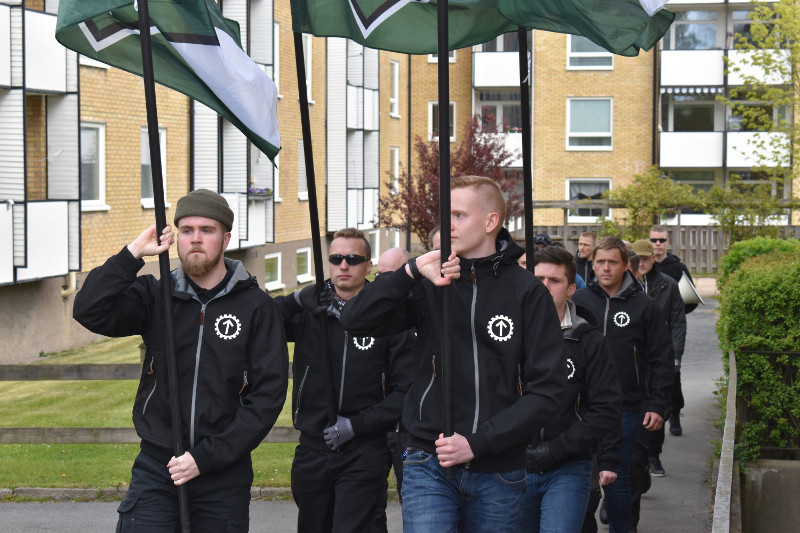 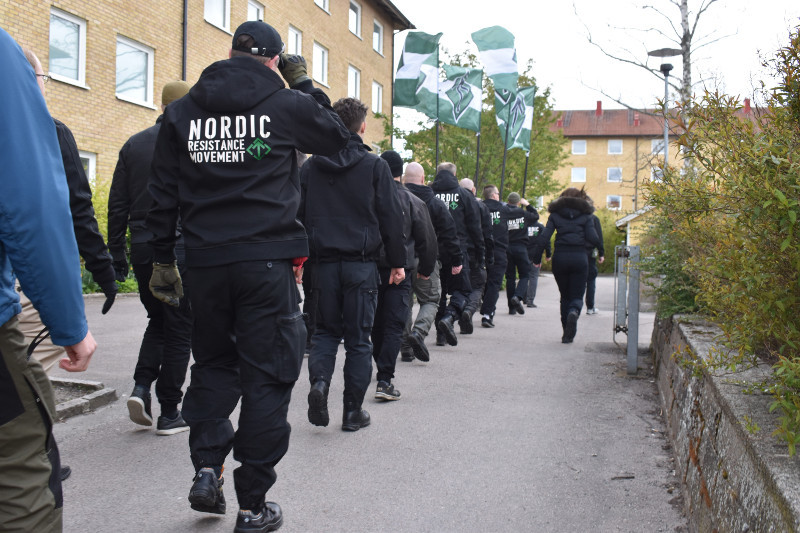