NATIONAL SOCIALISM. Norwegian writer Arjuna explains why the Nordic Resistance Movement must never be liberalised and why it must remain faithful to National Socialism. 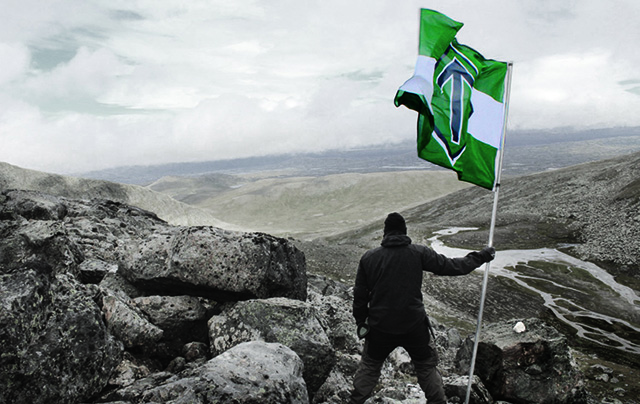 Two kinds of readiness are constantly needed: (i) to do only what the logos of authority and law directs, with the good of human beings in mind; (ii) to reconsider your position, when someone can set you straight or convert you to his. But your conversion should always rest on a conviction that it’s right, or benefits others-nothing else. Not because it’s more appealing or more popular.

“It’s truly a privilege to live and be politically active in these times.” Such a statement might seem strange to many, and many may not immediately agree with it. Its validity is hard to dispute, yet it can be difficult to comprehend with all the noise we surround ourselves with these days.

The point is that we National Socialists will forever have the truth and the moral foundation in accordance with man’s nature and his spirit. As such, even when something appears to be a defeat, there will always be an element of victory. This isn’t just a case of positive thinking, but objective observation. All who have the will can see this. 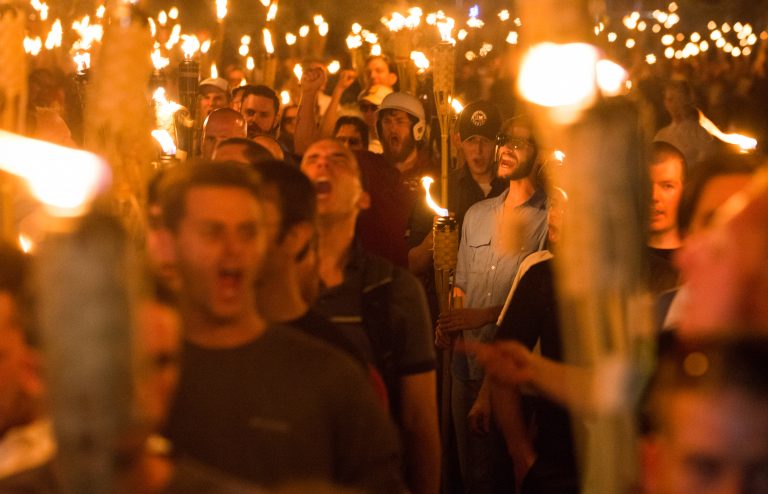 One example is Charlottesville and its repercussions, which included a purging of websites and social media accounts that expressed “heretical” opinions. On the surface, and at present, this can be seen as a considerable setback, but the fact is that it confirms we have taken many large steps forwards. These steps have covered so much ground that we might not even realise it ourselves. As Andrew Anglin from The Daily Stormer, one of the most-discussed websites in this context, said:

The battle between ideas is over and we won. They lost the debate, and their only remaining alternative is to shut us out.

Those who protested against the Alt Right in Charlottesville are also supported directly by Wall Street, Hollywood, the Deep State, foreign heads of state like Angela Merkel, former presidents like George Bush Jr. and George Bush Sr., the MSM and the biggest corporations in social media; i.e., the “Elite” or “the 1%”. 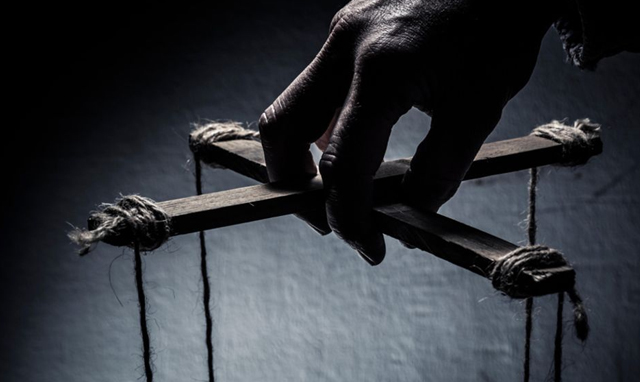 Our opponents and their supporters have been forced into the open, and, as we expected, it isn’t pretty. The Marxist professor and Gramsci expert Diego Fusaro states that the new Left wing which has emerged has interests in common with both capitalism and imperialism. He calls this symbiosis a two-winged eagle which de facto constitutes what we now refer to as globalism (he believes that the 1968 generation’s apparent revolt was a huge victory for the neo-liberal agenda).

Related: What is Cultural Marxism?

Fusaro says the Right side (capital power) sets and establishes the structures, while the Left sets the superstructure. Capital power wants to destroy nation states because such states limit globalism’s ideas of free movement of capital etc., while the Left want to destroy nation states because they believe nations and borders are artificially constructed (except those towards which they are ideologically sympathetic, such as the Kurds and Zapatistas).

As such both have an incentive to deconstruct everything that supports the nation; i.e., family, ethnicity, religion etc.

The elite in general – and capital power especially – are therefore highly involved in attacks on everything that could constitute a basis for a national community (think Brexit). An interesting case in this context is the Norwegian Progress Party (Fremskrittspartiet, FRP). This party functions as a safety valve and claims responsibility for protecting what they refer to as “Norwegian values”. We know now that these “values” are not especially Norwegian, but rather universal and very diffuse; e.g., “democracy”, “freedom of expression” and “human rights” – values they also support being exported to other countries, with unlimited deaths, repression and suffering as a result. 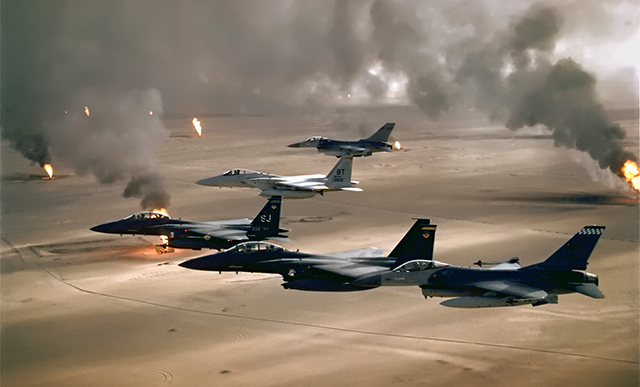 If we look at the ideological platform the Progress Party is built upon, this comes as no surprise. We know that Ayn Rand and objectivism are central to the FRP, something their leader Siv Jensen has explicitly made known. Ayn Rand was a Jewish immigrant and an avowed proponent of open borders. She reasoned she couldn’t be anything else, given her history. When considering her legacy today, curated by the Ayn Rand Institute and its Jewish leader Yaron Brook, the central theme is the same: Capitalism and open borders are two inseparable entities.

Brook has illustrated this by representing the immigrant as the very embodiment of capitalist principles: He pulls up his roots, renounces his identity and overcomes all obstacles in his pursuit to realise his dream; he creates his own future anew, unhindered by any limitations. Brook goes so far as to promote his own desire for creating a new man – a future man. Not unlike “the Soviet man”, this man will also be above racial and national lines and other aspects of identity such as religion, but he shall also be individualistic and work only for his own gain. 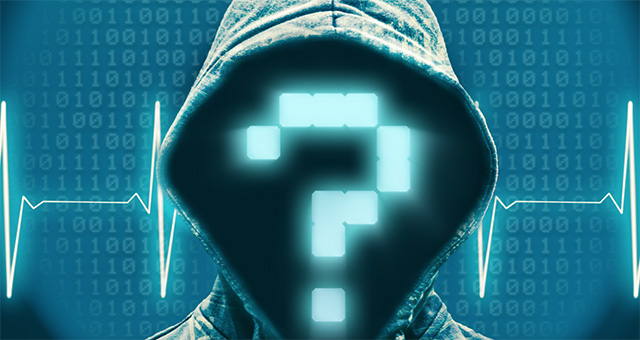 Fusaro also has an example of this. In Marseille, there stand sculptures by the Moroccan artist with French citizenship Bruno Catalano, which are supposed to represent the “world citizen” (as Catalano defines himself). These sculptures are characterised by their lack of vital organs: they have only a head, hands and feet, but lack both a heart and a backbone. Fusaro believes this is not accidental: A heart and a backbone are required for people to see values behind the exclusively materialistic, and act accordingly from that realisation.

These are perhaps not the expressed politics of the Progress Party, but they are the practical consequences, and I’m not sure all their supporters and voters realise this. Thus the lines of demarcation are set and clear for all to see: We have a double-winged, seemingly noble bird, which in reality can best be described as a scavenger, a devourer of rotten cadavers. 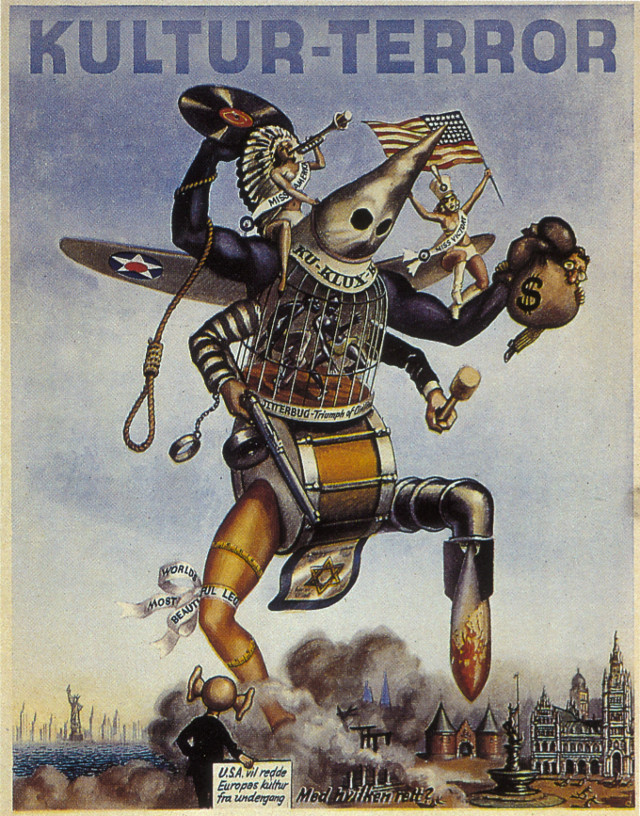 This is relevant in relation to those who comment on National Socialists in general – and the Nordic Resistance Movement in particular – and desire for us to moderate our views and adapt to today’s fashions. To this I will just say: Never! Moderation and adaptations are the equivalent of suicide. For two reasons:

Firstly: Nobody likes a hypocrite who bends whichever way the wind blows to please others. People will always look for something constant, especially when all other values have been eroded: an anchor, an Irminsul (Axis Mundi) in a troubled and unpredictable world. Compare this with the church and its implosion, where all such traces have been eliminated. Infiltrated by special interest groups, the church is now often difficult to differentiate from an ordinary secular social organisation, such as the Norwegian Tourist Board. God has had to adapt himself to man and his whims. The nihilism is total. So what do you need God for? The result is clear: No one takes the church seriously anymore; it has made itself redundant. As the late Norwegian priest Børre Knudsen put it: “Now the flock is leading the shepherd.”

Turning and turning in the widening gyre
The falcon cannot hear the falconer;
Things fall apart; the centre cannot hold;
Mere anarchy is loosed upon the world,
The blood-dimmed tide is loosed, and everywhere
The ceremony of innocence is drowned;
The best lack all conviction, while the worst
Are full of passionate intensity; 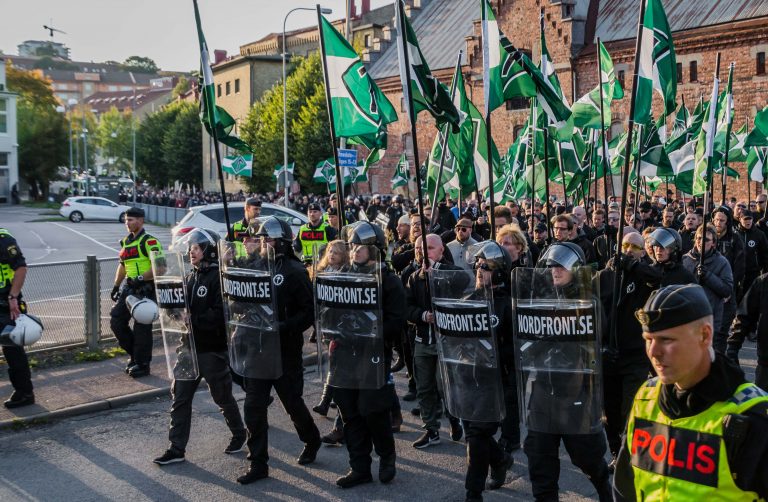 Secondly: National Socialism is organic and holistic, and, in its ultimate sense, an outer and inner manifestation of nature and the cosmos. It incorporates all of life’s aspects. Deviating from National Socialism would mean a mutation, a foreign element that instead kills the organism. To restrict one’s view of life to a demand that Muslims should eat ribs at Christmastime, go on a pilgrimage to Holmenkollen at least once in their lives and raise the Norwegian flag on the 17th of May is in the best case self-deception, and, taken to its extreme (politically: FRP, metapolitically: counter-jihadism), misleading our people into accepting their death.

For them, dying slowly is presumably nobler or less dangerous. Like the frog in the gradually warming water dies without knowing it, in its comfortable surroundings. “It’ll be OK,” it thinks as its bodily functions stop working. National Socialism is a natural measure of the environment’s temperature. Even if the environment seems to be comfortably warm, we know that it’s just a trap to sedate us and pacify the organism.

A power can be overthrown only by another power, not by a principle, and no power that can confront money is left but this one. Money is overthrown and abolished only by blood. Life is alpha and omega, the cosmic stream in microcosmic form. […] For us, however, whom a Destiny has placed in this Culture and at this moment of its development – the moment when money is celebrating its last victories, and the Caesarism that is to succeed approaches with quiet, firm step – our direction, willed and obligatory at once, is set for us within narrow limits, and on any other terms life is not worth the living. We have not the freedom to reach to this or to that, but the freedom to do the necessary or to do nothing. And a task that historic necessity has set will be accomplished with the individual or against him.

– Oswald Spengler, The Decline of the West