RESISTANCE MOVEMENT. On 11 October, the main proceedings against Nest 3 activists Marcus Hansson and Sebastian Elofsson were held in Helsingborg District Court. Both men have been in custody since 10 September, the night before the election, on suspicion of two cases of assault in Örkelljunga, southern Sweden. 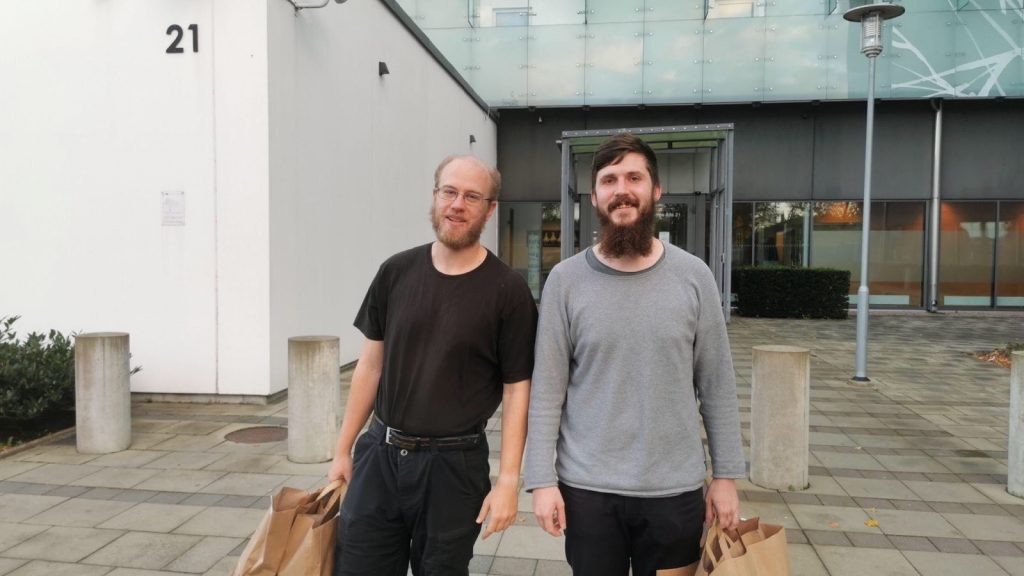 Despite more than a month of imprisonment and isolation from the outside world, the two activists were in noticeably good spirits throughout the trial and made their cases in court without any issues.

Several comrades were present during the trial to support the activists. Unfortunately, only two were allowed into the courtroom at a time, as the opposing side had brought along their whole families, who were given priority in the public seats.

The trial began with the prosecutor reading aloud the application for summons. It was then the turn of the two plaintiffs to recount the course of events on the evening in question. They informed the court that they are a couple and claimed they were standing together innocently with 7-8 people next to a shopping trolley full of Nordic Resistance Movement election posters that had been removed from around town. They claim that the whole group then ran from the scene when one of the Resistance men caught them red-handed.

The “man” then continued to flee, abandoning his girlfriend and running for his life, as he himself put it in the courtroom. This occurred when the alleged abuse of his girlfriend was supposedly taking place.

He claims that he later returned to the scene with the girl’s father and was injured by a car, which no witness or doctor could corroborate or prove. Even so, he demanded 38,000 SEK [approx $3,360] in compensation, which was regarded as a very high sum by the court.

According to the girl’s statement, she was knocked to the ground, before being punched 3-4 times in the face with boxing gloves. However, no traces of her DNA were found on the boxing gloves upon analysis. Furthermore, it emerged during the trial that the girl had a difficult upbringing and has been in contact with child and youth psychiatry services since she was nine years old.

After some witnesses expressed conflicting information and assumptions, it was time for the court to hear the defendants’ accounts of the events. We will return to these in a future article to ensure they are presented as accurately as possible.

After eight long hours in the courtroom, the good news finally came that the activists would be released from custody pending judgement, despite the prosecutor’s request that they remain in custody. The two cheerful activists were then welcomed back to freedom by the comrades present at the trial.

The activists would like to thank all their comrades and sympathisers for their support and reassure everyone that no matter what the district court decides, the fight will continue on all fronts!