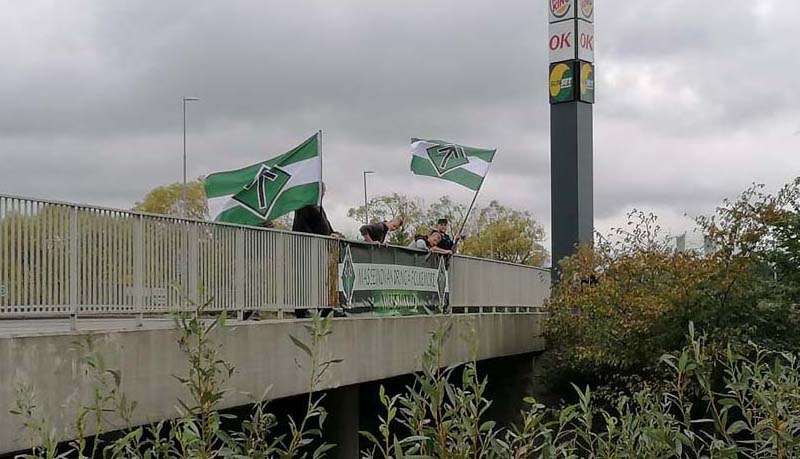 Drivers heading to Zealand from the island of Funen were able to read one of the Nordic Resistance Movement’s most important messages on Saturday afternoon: “Mass immigration = genocide”.

There is no more vital cause for the people of Denmark and the Nordics than resistance against mass immigration and the genocide of white people it constitutes.

The traitorous government – like a circus horse in a hypocritical political system – which pretends to work for the Danes and Denmark but in reality sees Danes as slaves for the economy and Denmark as a vassal state under globalist hegemony, has allowed the white Danish population to be threatened with replacement by an imported racially foreign population; in other words, exterminated to aid a Zionist master race ideology.

It’s not too late to take power back and save the people from destruction, and the Nordic Resistance Movement is the only political organisation that offers a solution without influence and interference from the very people who brought about the crisis we are facing. 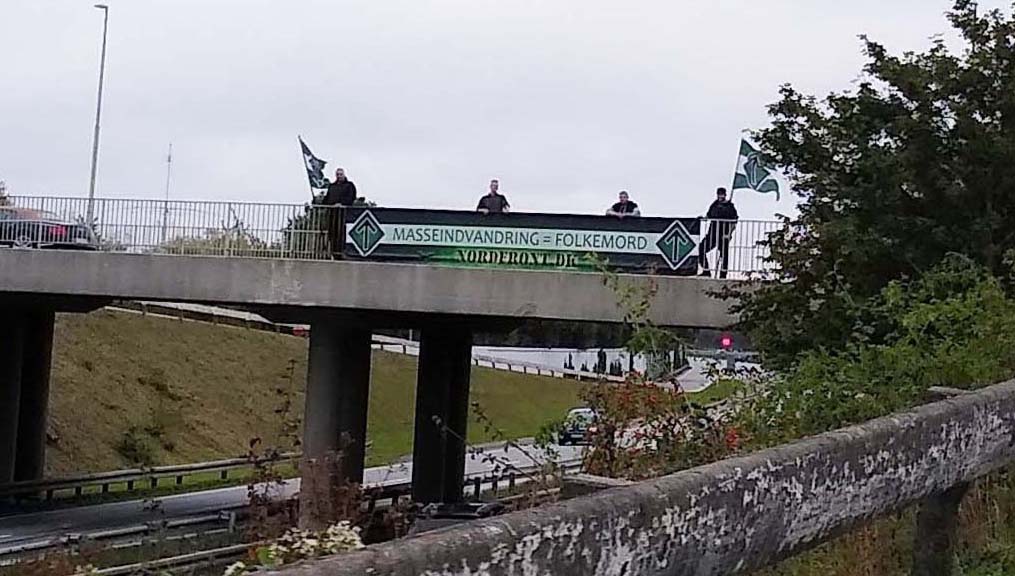