ACTIVISM. Sweden’s Nest 7 conducted two actions in two different cities on 20 August – one spectacular and one a little more conventional. 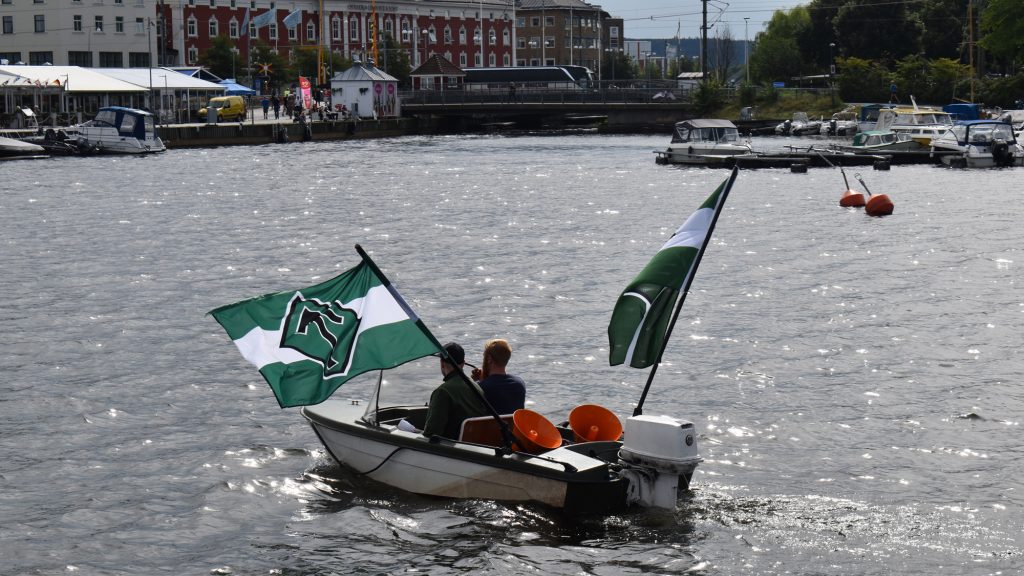 In Jönköping, activists gathered on the coast of Vättern lake, on the outskirts of the city, and prepared a motorboat with two Tyr rune flags and a loudspeaker. Two activists then steered the boat out onto the lake, towards the central parts of Jönköping. 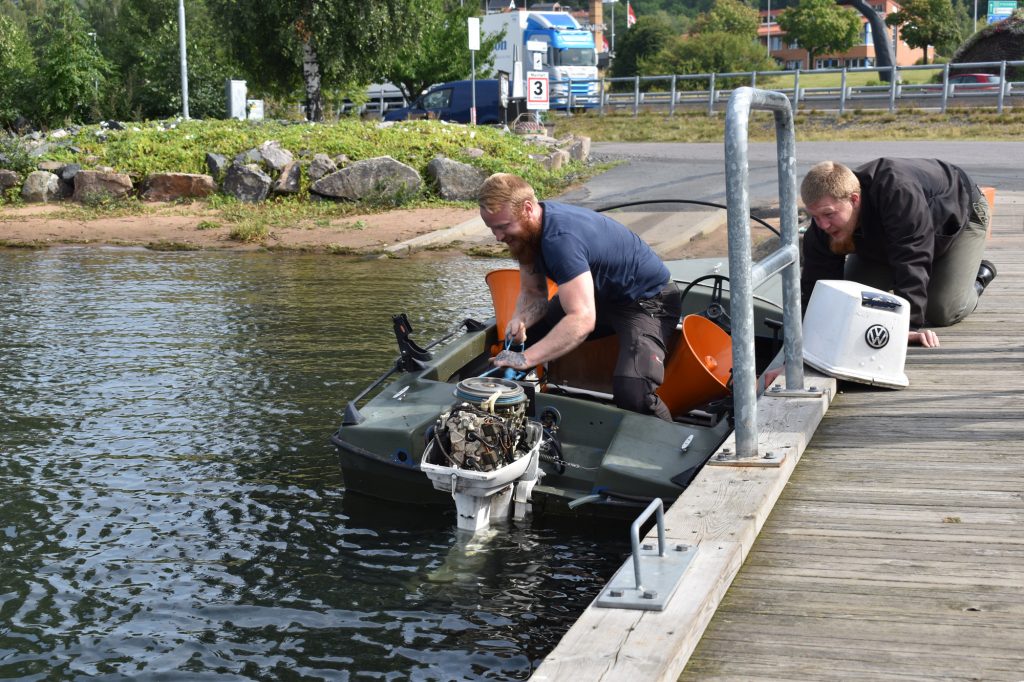 After a while, the pair arrived in the marina and began broadcasting slogans and calls to vote for the Nordic Resistance Movement in the autumn elections. This quickly attracted attention from the people at the harbour and the outdoor restaurants on the pier. A speech was then held from the boat by Jonas Jensmark. 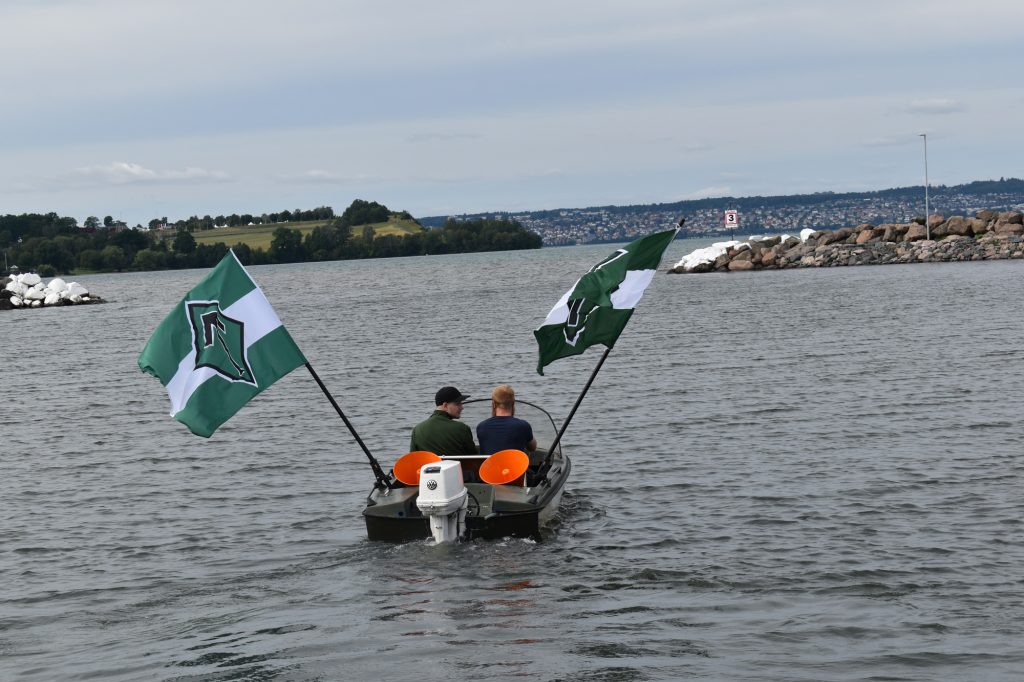 I urge you to stand up, Swede. Stand up straight and make a revolutionary choice. Reject the establishment’s lies and false election promises. You will bleed for as long as you allow it. You have every opportunity to stop the decay, but it will require work, it will require courage. Are you willing to do what it takes? Do you have what is needed to make a revolutionary choice?

When the speech was over, the activists continued to call out slogans for a while, after which the activity was concluded and the men headed back to the gathering place.

Before continuing the day with more activism, the activists went to a comrade’s house to have a bite to eat and socialise. It was then time to go down to Vetlanda for some evening activism. There was a classic car cruising event in Vetlanda on the day, which presented an ideal opportunity to get the message out to a lot of people. The comrades stood in the city centre with a banner and flag for a while before the cruising began. 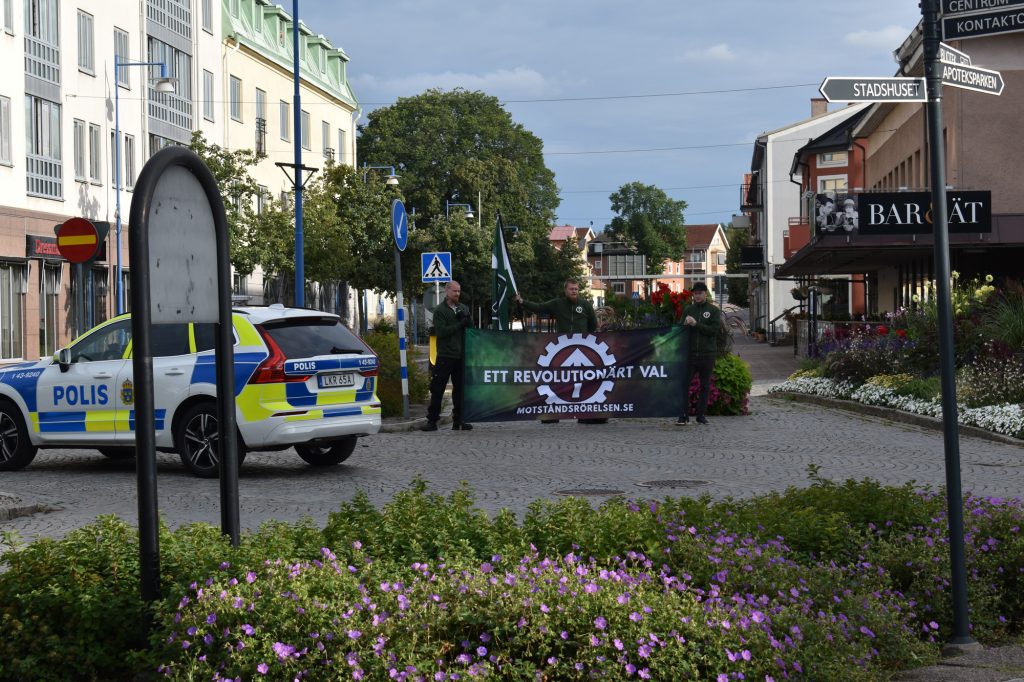 Not long after setting up, a gang of hot-tempered non-White youths and children approached and began shouting obscenities at the activists holding the banner. Encouraged by an older racial foreigner aged about 30-40, they also threw stones at the activists. However, they did not have a good aim and kept themselves at a cowardly distance most of the time, so no confrontation took place. 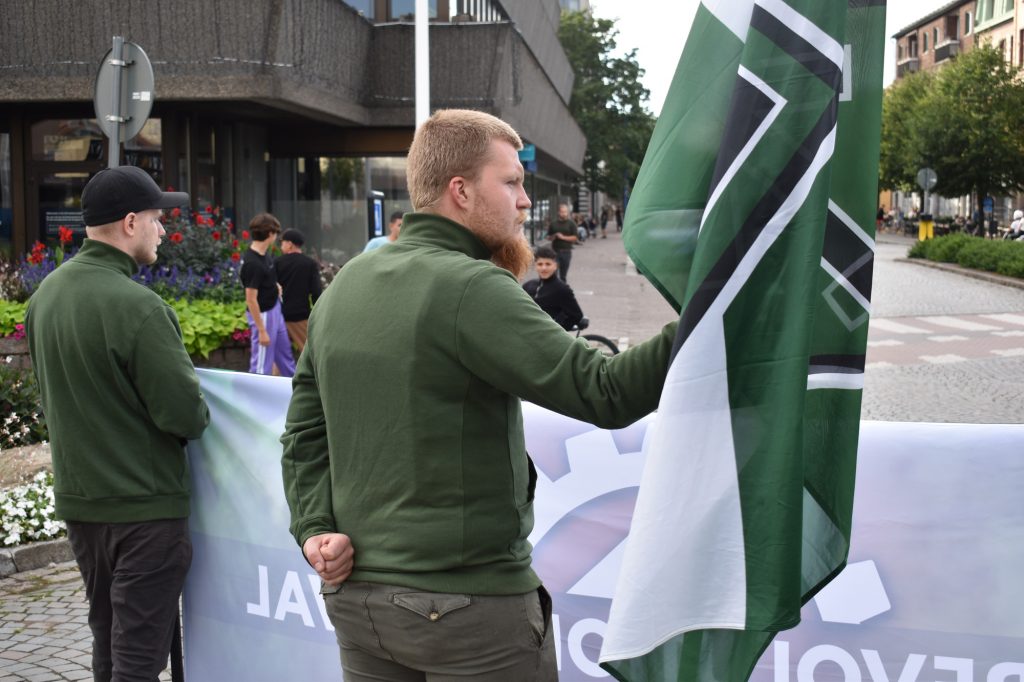 When the cruising started and the square began to fill up with patriotic Swedes who expressed support for the Resistance men, all the non-White hooligans vanished from the area. Many people came over to the activists holding the banner and asked questions or expressed support. When the motorists eventually came through the city centre, the activists received a lot of thumbs-up and victory salutes, as usual. 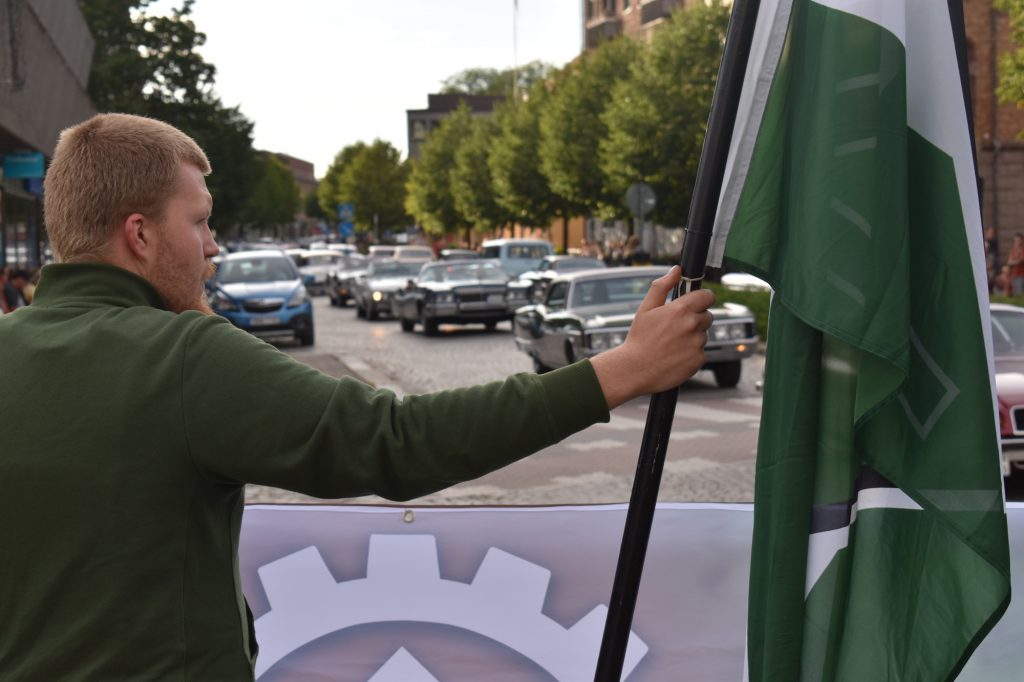 The Resistance Movement also had leafleters present who gave out a large number of leaflets and had the opportunity to talk with many interested people. They encouraged the population to vote for the Nordic Resistance Movement in the municipal election in Vetlanda instead of the controlled opposition in the Sweden Democrats. Many of the people appeared to take the activists’ arguments to heart. After standing at the location for around two hours, the activity was concluded. 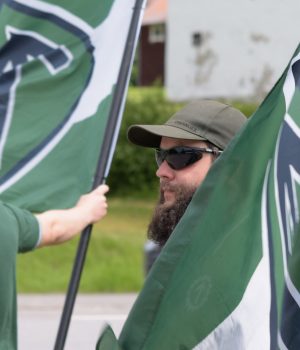 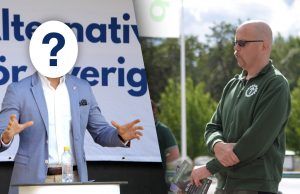