NATURE. The preservation of nature is a cornerstone of our ideology. In this guest article, Erik discusses the NSDAP’s groundbreaking environmental conservation and the party’s emphasis on ecological agriculture, which initiated the wave of green politics we see across Europe today. 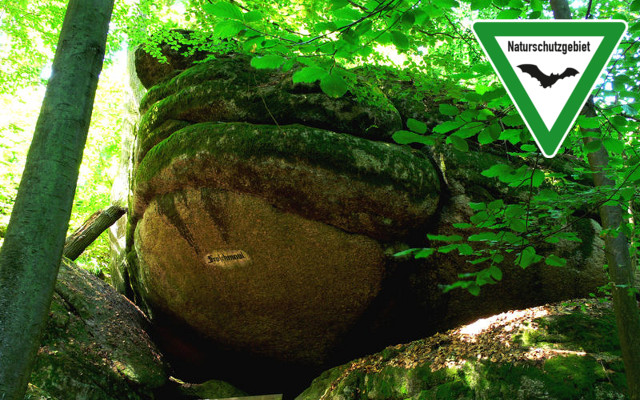 There is little awareness about the National Socialist struggle for the environment. The issue is extremely sensitive due to the incredible success of the NSDAP’s environmental and ecological conservation policies between 1933 and 1945. Consequently the subject has been completely covered up by politically correct historians and politicians. But the NSDAP’s time in government was in fact the most environmentally friendly political period of modern history. The reason is self-evident: nature and the environment are the foundation of National Socialism. Humanity’s disconnection from nature is a Utopian ideal.

The industrial revolution created immense challenges, with societal development from 1900 on being characterised by an unrepentant culture of liberal capitalist greed. In the 1930s the NSDAP believed vital ecological balances had been upset. They realised that when we no longer follow nature’s rules or ecological principals, things go seriously wrong.

When man attempts to rebel against the iron logic of Nature, he comes into struggle with the principles to which he himself owes his existence as a man. And this attack must lead to his own doom.

Germany is the birthplace of ecology as a science and is the country in which ecosophy (the philosophy of ecological harmony or equilibrium) has distinguished itself for over two hundred years. It was here that groundbreaking academics, authors, organisers, thinkers and movements formed fundamental ecological ideas that influenced both the NSADP and the world’s environmental politics until the present day.

The NSDAP’s leaders expanded on these ideas. They interpreted environmental philosophy and implemented it as a political programme, and thus created the first practical eco-environmental policies in history. These policies were also a factor in the party’s popularity with the Völkisch Movement, a widespread nationalist philosophy that originated in Germany at the end of the 19th century and emphasised the importance of Heimat. Its proponents were critical of modernisation and desired a return to an authentic, archetypal farming society. As such, Völkisch supporters voted for the NSDAP’s environmental policies.

The Reich Minister of Food and Agriculture, Walther Darré (1895–1953), had the fourth-largest budget of all political departments for several years during the NSDAP’s time in office. From his position, Darré was able to develop strong government support for various healthy and ecological agricultural methods, as well as modes of operation, land planning and environmental legislation that have not been matched by any other country before or since.

As early as 1933 a wide spectrum of local groundbreaking environmental and conservation programmes were created. These included forest-planting initiatives, the protection of animal and plant species, decrees forbidding the industrialisation of certain areas, the protection of game habitats, and environmental preservation plans for German forests. But the NSDAP’s progressive green politics didn’t stop there.

Through national laws and regulations, Darré also implemented environmental principles that subsequently became the foundation of the Third Reich’s agricultural policies. One of these was 1934’s Lebensgesetzliche Landbauweise (agriculture in accordance with the laws of life), which introduced ecological agriculture on a large scale and was inspired by Rudolf Steiner’s biodynamic cultivation techniques.

Another law, the Reichsnaturschutzgesetz (Reich Nature Protection Act) of 1935, was the only one of its kind in the world. It established the guidelines for the safeguarding of flora, fauna and natural monuments in the whole Reich and limited commercial access to the surviving wilderness. In addition the law required that all national, state and local officials consult with the nature protection authorities in good time before taking any action that could cause fundamental changes to the landscape or countryside. One of the results of this law was the first national nature reserve in Europe.

It has been claimed that the National Socialists’ agricultural and environmental politics were in constant tension with – if not the complete opposite of – the Third Reich’s rapid technocratic industrial modernisation; however, this assumption is demonstrably false. Modernisation was anchored in deep and meaningful ecological principles. Industry and development was brought into balance with the laws of nature.

Thus the standard and foundation for eco-politics and classical environmental protection was established for the future, and in doing so the NSDAP blazed an indelible trail in history. The green wave of environmental politics we see in Europe today began with the NSDAP. This political paradigm shift is greatly downplayed and almost ignored by most modern historians. Some historical facts are handled with the utmost caution in order to diminish their political power. The NSDAP’s environmental success is one of these.

Without the National Socialist way of thinking, where humans are an integral part of nature with the responsibility to care for it, mankind will perish. […] The Nordic Resistance Movement will combat this by being at the forefront of the environmental issues for which National Socialism has always advocated.