CRISIS MANAGEMENT. Martin Saxlind shares his thoughts and advice on how nationalist activists can mentally prepare to better handle crises and problems that may arise due to their political engagement. 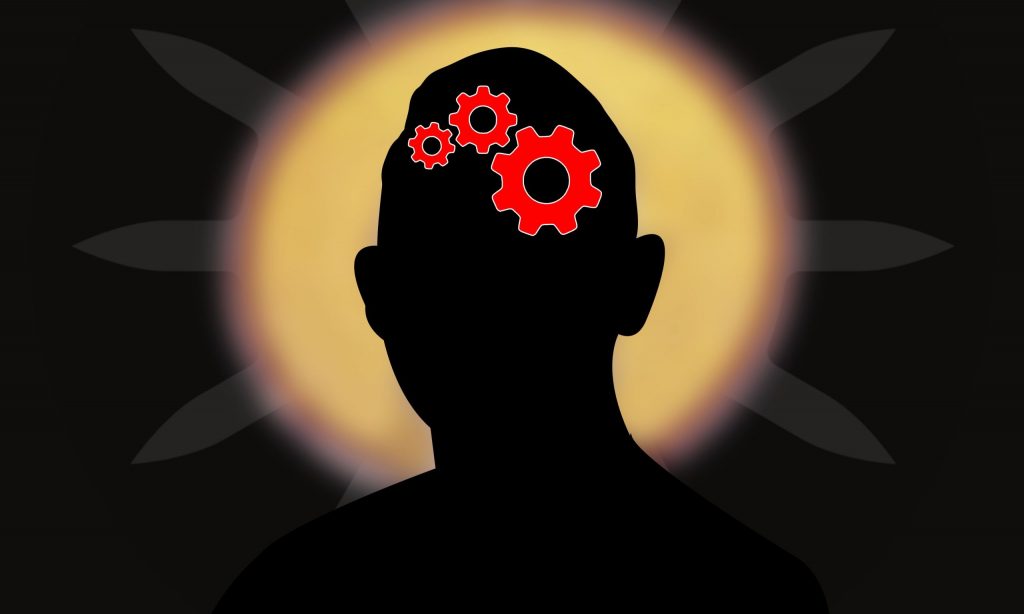 Even though Sweden is becoming an increasingly lawless and violent country by the day, most Swedes enjoy a relatively good standard of living, from a material point of view. For most people, the insecurity around them is still relatively low in intensity. Only a small part of the population has been personally subjected to any kind of serious crime.

This is equally true for nationalists. The nationalist struggle is not particularly violent or risky when seen from an historical perspective. The 2020s in Sweden still look nothing like the 1920s in Germany.

In spite of this, I would advise those who are already politically active, or have such aspirations, to examine their state of psychological preparation. As an organised nationalist, there is a still a significant risk you will experience minor or major personal crises. You might be implicated in legal proceedings against the state for holding a negative view of a minority group and be forced to pay a fine. You might end up in prison for reprimanding some vile communist for disrupting a demonstration. You could be fired for your opinions by a disloyal employer. Your car might be vandalised while you’re asleep. Or something else unexpected could happen that temporarily turns your everyday life upside down; e.g., the tax office, or some other government agency, wreaking havoc on your personal finances.

All these things occur with some degree of regularity. No single individual is affected by all of this, and most are probably not affected by any of it; however, there is always a small risk of something happening to you, and the more blind you are to that risk, the more shocked you will be if something happens.

In my opinion, the shock is a big problem, as all the things I just mentioned are minor practical difficulties that should be quite easy to solve. This is especially true if you’re part of a movement with a culture of “One comrade’s problem is everyone’s problem”. Then it’s very easy to get the help you need, regardless of whether you’re affected by legal, economic or more practical problems. By collectively fending off attacks, these attacks are rendered less effective. If we render the attacks sufficiently ineffective, they will eventually become pointless and cease to occur.

But solving problems rationally and practically can be difficult if the person subjected to repression becomes shocked and loses his composure. Therefore, I think activists should be aware of the existing risks, so that nothing will come as a complete surprise and you can ensure you are generally mentally prepared.

Many of the most irrational defections and betrayals occur when someone is hit by a personal crisis, often caused by repression from the system. The defector then panics and, in his mentally confused state, makes up excuses for becoming a traitor – a person who doesn’t just leave and move on his with life, but completely disavows his previous views and openly stabs his former comrades in the back. Aside from the more advanced and abstruse form of mental confusion that can arise when people completely fall apart after being subjected to a certain degree of stress, there is also a simple and selfish logic at play here: “The system is attacking me. I’ll take the system’s side because I don’t want to be attacked anymore!”

With that said, I thought I would share some thoughts and theories on mental tricks that can hopefully increase your mental strength in crisis situations.

Take nothing for granted

If you always have a certain “passive pessimism”, insofar as you are aware of risks and do not take anything in your life for granted, you will not be as attached to things you could lose, such as your job, your freedom or a partner. Life is unpredictable, and the only things you can completely control are your own actions. If you realise this and always act rationally, you will be better able to solve potential crises.

Being grateful may seem like something requiring a degree of optimism that contradicts the pessimism I just advocated, but the fact is that these two approaches belong together and reinforce each other. If you realise you have no eternal “right” to various things, it also becomes natural to have a greater appreciation for what you actually have. If you lose a job, be happy that you are at least a free man. If you go to jail, be glad you have free food and plenty of time to work out and read. If you take a beating, be thankful you are alive and can take revenge.

There is always something positive you can focus on. If you are aware you may lose the positive things you currently have sometime in the future, you probably also understand that you should be grateful for them while you still have them.

Another trick to alleviate your suffering is to remember that others have had things much worse. You may be poor, but at least you weren’t born with a paltry 80 IQ score and a matching phenotype. Your ancestors either lived outdoors or in primitive buildings during the winter, so maybe you shouldn’t be complaining about sitting in prison and watching TV in wintertime. SA men were killed in street fights with communists in 1920s Germany, so you have no right to be upset when some gender-confused anarchist writes something nasty about you on Twitter. Historically speaking – and compared to other parts of the world – life is quite simple in Sweden, at least once you have freed your thoughts from the poison of Cultural Marxism and are not attempting to compete with other Swedes as to who has the fattest bank account and owns the most material possessions.

An important addition to the point about taking nothing for granted is that, although you should be aware of risks, you should not be constantly scared or worried. You should only occasionally think about the ways the system could attack you, and consider the best way to solve these situations should they arise. When you have understood this, there is no point in being constantly paranoid and obsessed about negative things that could happen. Don’t suffer losses in advance!

As I previously mentioned, you can only control your own actions; and being mentally prepared means you have taken responsibility and can relax and focus on positive things, like being grateful. Whatever will be, will be.

Focus on other things

Even when something really goes to hell, it won’t get better by dwelling on it more than necessary. However, if you’re in the middle of a crisis, it might be hard to think about anything other than the current situation. My advice here is simply to try to shift your focus onto something else. Immerse yourself in jobs that demand your concentration, go to the gym, socialise with comrades or watch some braindead comedy movie. You should do this after you have thought through the ongoing crisis and understood how to alleviate its consequences. Some crises can be solved quickly, but often you may have to solve problems gradually over time; then you need to have a plan to follow, while simultaneously trying to focus on other things and maintain your morale. If you let your morale drop unnecessarily, you’ll become your own worst enemy and increase the risk of having a breakdown, creating unnecessary problems for yourself and others.

When you plan ahead to solve various potential problems, it’s important to be concrete and realistic. For example, if you’re thinking about how to deal with an attack, you might want to have different plans for different places in which you could theoretically be attacked. Is there a door you can lock to block assailants, or a staircase it would be tactical to fight on? Against what kind of numerical odds and against what sort of weapons would it be better to retreat? And in what circumstances would you want to use as much offensive self-defence as possible? Everyone has different limits and priorities, so it’s important to establish sustainable tactical rules for yourself. Entertaining optimistic fantasies about defeating ten armed enemies alone and unarmed cannot be regarded as a viable realistic plan should you actually end up in such a situation.

Another situation requiring a good plan is when your boss summons you to a meeting and starts questioning your “fundamental values”. (Professional tip: Record the conversation and don’t sign any resignation papers!)

You should also be in possession of the name and number of a good lawyer, in case you end up in a situation where you need a public defender. If you have not had legal problems before, you’re sure to find a comrade who knows the name of a competent lawyer.

The more of these practical things you’ve thought through before a problem arises, the easier it will be for you to deal with the problem.

It’s a mistake to make important decisions in the middle of a crisis, when you’re emotionally unbalanced and unable to think rationally and in the long-term – especially when it comes to drastic decisions such as abandoning your political commitment. Instead, wait until things calm down and you can think your decisions through uninterrupted.

Alcohol is another factor that can negatively affect your ability to make good decisions.

Before you make decisions in various situations, it’s also important to have all the facts available, which can also mean having to wait and research matters. For example, if you’re facing a legal problem, it’s important to know your rights and obligations and how the relevant laws work.

When you are subject to repression, there is always someone or some group responsible for it. It is important for you to hate your oppressors at least as much as they hate you. Their goal is to ruin your life and force you to stop being politically active. Don’t let them succeed.

Be ready, hit back, fight on!

Give and receive help

Finally, it’s important to emphasise the importance of helping during crises.

Unless you’ve only run into some minor problem because of your political activism, you should always contact a comrade. It’s good for others to know about your situation, partly so they can support you, and partly so patterns can be examined and better methods can be developed for dealing with these problems.

Likewise, you should always do what you can to help comrades who contact you regarding problems they’ve experienced due to their involvement. Always be morally supportive and consider how you or other people you know could help solve the problem in a practical way. If you stand by others now, they will stand by you when you need help with something in the future.