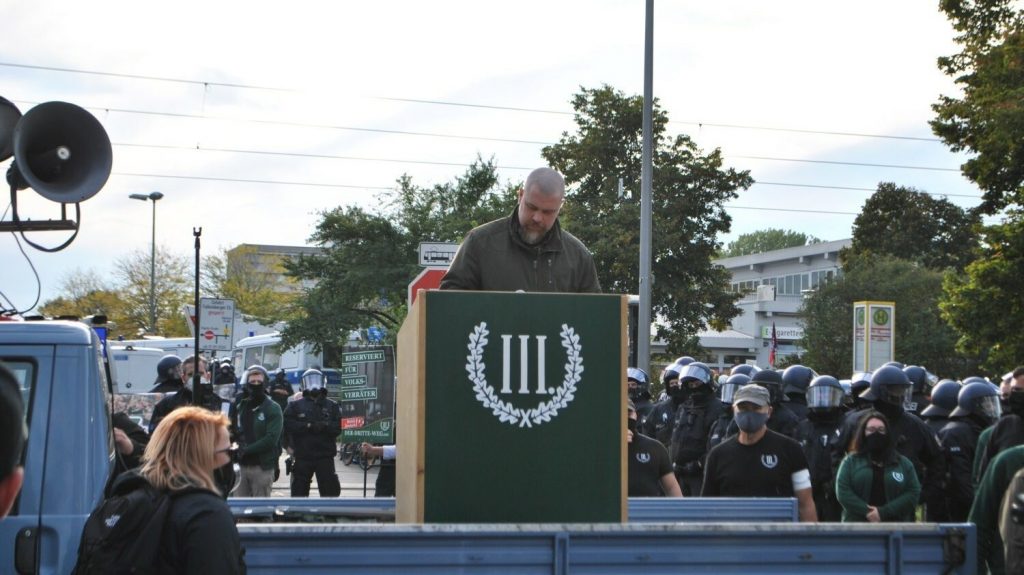 The Swedish Defence University, which sees it as its task to train its students to be watchdogs for globalist interests in Sweden, has lamented that “extremists” are cooperating “transnationally”, in a recently published report.

In an article published on its website, the University announced that it was commissioned by the Centre against Violent Extremism (CVE) to present a 115-page “knowledge overview” entitled “Borderless Extremism. A study of transnational connections to radical Swedish milieus”.

According to this study, Sweden’s three most dangerous “extremist milieus” all have “connections to foreign countries”.

The study claims that these connections threaten to strengthen “the radical Islamist, radical nationalist and the autonomous milieu” by providing “tactical knowledge, ideological inspiration and financing”.

Magnus Ranstorp, one of the study’s authors, writes on the University’s homepage: “The report illuminates a previously unexplored area in a Swedish context and takes a holistic approach to the transnational connections of the Swedish extremist milieus.”

The study emphasises that the “transnational connections” in the three milieus are both “physical and digital”, but that the “digital aspect” is growing.

Filip Ahlin, an analyst at the “Centre for Asymmetric Threat Studies” (CATS) comments: “This means that the scope of the transnational networks becomes larger and more easily accessible, which creates additional opportunities to establish even more contacts. The digital tools have both an instrumental function and a socialising function.”

The “radical nationalist milieu” is described as having a “clearer nationalist dimension”, even though its international exchanges have “increased in step with globalisation”.

“This is particularly evident within the landscape of digital communities and networks that exist within the framework of the radical nationalist milieu,” says Filip Ahlin.

When discussing the nationalist milieu, the report and article focus chiefly on the Nordic Resistance Movement. In the study it states:

The radical nationalist milieu has a clearer nationalist and Nordic dimension. However, the transnational connections are evident and have increased in step with globalisation and digitalisation. Traditional organisational affiliations are increasingly playing a lesser role, and instead the actors are mainly united around an overarching ideological framework, wherein the main interaction occurs online. However, there are also clear physical transnational connections, which are primarily illustrated by the Nordic Resistance Movement (NRM). 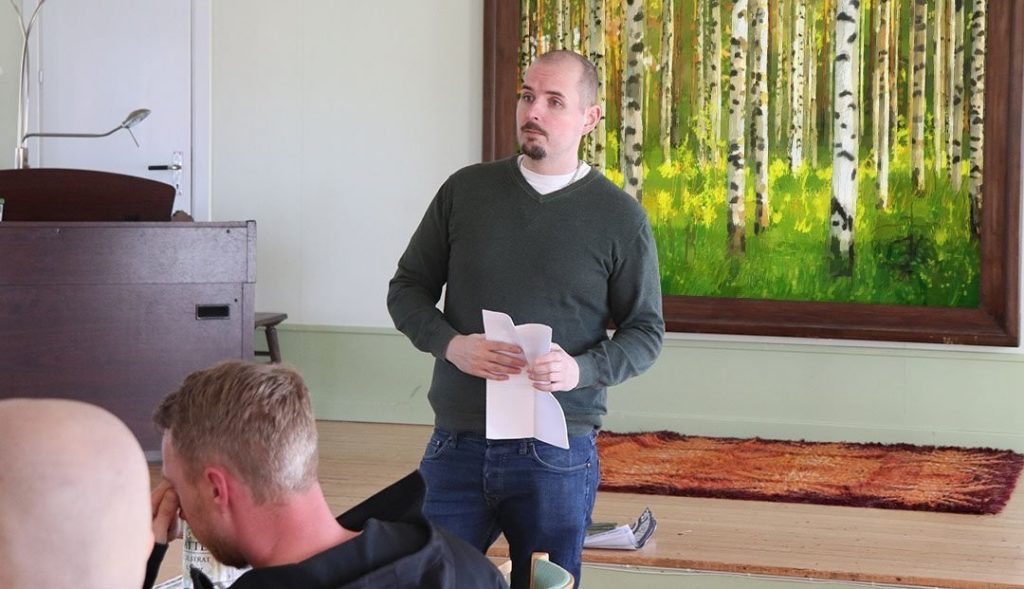 In order to get some clarity about the real circumstances surrounding the Resistance Movement’s “transnational connections”, we turn to the most initiated person in such matters, the organisation’s leader, Simon Lindberg:

What would you like to say about the Swedish Defence University’s view that the Resistance Movement’s “transnational connections” constitute a threat to Sweden?

We have a good relationship with several international contacts who perhaps do not currently affect our struggle in an extensive way, but which could prove to be decisive for either our successes or theirs in the long run.

Ha ha, yes, this likely has something to do with Magnus Ranstorp’s long-time manic paranoia about Russia, but also because the Russian Imperial Movement was classified as a terrorist group by the US State Department last year because they fought against American interests in Ukraine. In 2020 the Centre against Violent Extremism issued a memorandum in which they enumerated a number of the lies about us and our connections to the Russian Imperial Movement. I responded with an article of my own, which may be worth reading again in relation to this – Has the Resistance Movement been bought by Russia? Memorandum from the Center for Preventing Violent Extremism.

One important piece of information in this article is that we only received financial support from the RIM on a single occasion, which was a donation of 150 euros. A rather meagre piece of financial support for the Swedish Defence University to make such a big deal out of, I would say.

What is your opinion on an educational and research institution that works to foster globalist interests in Sweden but forcefully condemns cooperation across national borders when it is exercised by critics of the regime?

You can usually find an inverted truth in what the system condemns; i.e., if they’re working to ensure that we have less international cooperation, we should probably work extra hard to expand such cooperation and make these relationships even closer, since this would really benefit us.

We live in an increasingly global world in which national borders are becoming less and less important. This is not something we want; on the contrary, it is a part of something we fight against. However, we must also adapt to the prevailing reality. This is an important part of why we have always fought actively for a united Nordic region and not just for a sovereign Sweden. This means that international cooperation can undoubtedly become even more important in the future.

The fact that the system is hypocritical is more the rule than the exception. For example, they often congratulate themselves on being pro-free speech democrats while they simultaneously restrict more and more democratic freedoms and rights. They often call us totalitarian, even though we are in favour of increased freedom of expression and more referenda than they are.

How would you describe the Resistance Movement’s current or previous connections/contacts/cooperation with the four organisations highlighted in the report?

The cooperation with the RIM was described in the article I mentioned earlier. As for Golden Dawn, our contact is largely non-existent ever since the leadership acted very questionably in connection with the prohibition trial against the party.

Patriot Front is a growing organisation that we follow with interest and with whom collaboration may develop going forwards if they continue on the same good track they are on now. As for the Der Dritte Weg in Germany, we have had a very good relationship with them for several years.

Yes. If it were genuinely intended to help defend Sweden and the Swedes, it should have instead delved into the international Zionist movement and the enormous global power they possess, and how this power is used to weaken the White indigenous peoples of the Western world. Or why not just look at how America and Israel work together to destroy sovereign nations around the world, or perhaps how “social” internet companies like Facebook and Google actively engage in electoral influence and political lobbying wherever they are allowed to exist?!

There are many transnational connections that genuinely pose a threat to our people and our nation, but the Nordic Resistance Movement’s interaction with other nationalists and National Socialists is definitely not one of them.